Is this the end of Turkish miracle?

Turkey’s economic success story of the past decade has dramatically changed, becoming instead a tale of caution. 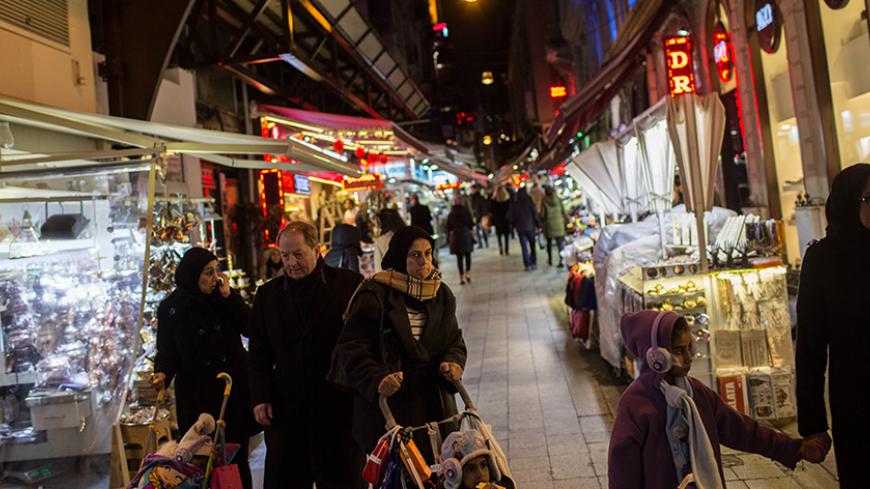 Turkey seemed to achieve a lot during the first 10 years of the Justice and Development Party (AKP)'s rule, but those "good old days," such as they were, appear to be gone.

After its economic crisis in 2001, the country experienced an average annual growth rate of 6% during the decade that began in 2002. Not just that, but even as interest rates rapidly declined following the global economic crisis of 2008, foreign currency rates were brought under control, unemployment was kept below 8% and the inflation rate was acceptable at less than 4%. The only macro indicator of concern was the deficit, which reached 10% of the gross national product.

This mood of economic optimism was accompanied by political optimism as well for several reasons: the positive domestic steps taken toward solving the Kurdish problem, the democratization efforts made to try to open the way to European Union membership and the friendly relations and cooperation initiatives launched in line with Turkey's "zero problems with neighbor countries" strategy.

"This is called the Turkish miracle," Zafer Caglayan, the economy minister at the time, said in 2012. "All around the world this miracle is being discussed."

Following 2012, however, that sunny outlook for the economy and both domestic and foreign policy were overshadowed as major storms moved in. Turkey's average annual growth rate regressed to 3% between 2012 and 2015. When unemployment reached double digits, inflation started rising as well.

At the beginning of the AKP rule, Turkish export volume had reached $150 billion. However, exports have been losing momentum for the past two years because of regional turmoil. According to official data from the Turkish Statistical Institute, Turkish industrialists have been avoiding capital expenditures since mid-2010. The Turkish lira is one of the weakest currencies against the US dollar, dropping 70% in value since 2013.

Those downward trends in the economy are mirrored by political decline as well. Protests increased after the peace process with the Kurds came to an end in July. Terrorist attacks by the Islamic State (IS) were accompanied by radical changes in foreign policy that almost turned Turkey's foreign strategy to "enemies with all neighboring countries." Turkey's negotiations to become an EU member came to an abrupt standstill.

The country's dense and polarized political agenda does not allow it to focus on the essential reforms needed to rebuild the economy.

Does this situation mean the end of the Turkish miracle that Caglayan talked about? According to Dani Rodrik, a professor of international political economy at Harvard University, that "miracle" was an illusion all along.

"A positive external conjuncture on the one hand and Turkey being marketed to foreign countries in a good way on the other hand created the legend of the Turkish economy," Rodrik told Al-Monitor. "If we were to compare the growth performance to other developing countries, this was a mediocre performance rather than a fantastic one. The growth engine of Turkey has been foreign loans, especially in the past couple of years ... instead of gross domestic savings and an increase in productivity."

Rodrik emphasized that the rapid growth observed at the initial stage of the AKP rule was caused by credit opportunities, loose global monetary policies and an increase in private sector loans. Growth achieved with government debt in the past has now been replaced by private sector debt.

The growth struggle actually started in 2007, according to an analysis by Daron Acemoglu and Murat Ucer. Their report, published recently by the National Bureau of Economic Research, analyzed Turkey's growth performance between 2002 and 2015. As the military's powerful role in politics started to decline, the AKP's power has strengthened. But the lack of strong civil mechanisms — such as the judiciary and nongovernmental organizations — to balance this power caused Turkish institutions to weaken. The article emphasized that the reforms implemented after the economic crises of 2001 and the dynamics strengthening the institutional structure completely reversed after 2007, which resulted in weaker, ineffective growth.

Hence, we should ask how Turkey can grow. Finding easy money has become more difficult with the December interest rate increase announced by the US Federal Reserve. Will it be possible to even sustain the growth rate of 3% against the contrary winds of external events and inner political turmoil?

Turkey could attain growth of more than 3%, but only through luck, according to economist Refet Gurkaynak of Bilkent University in Ankara.

“We saw a rapid growth in political [accomplishments] and the economy because we did the right things in the past. However, today we are doing everything wrong in all areas," he told Al-Monitor.

Gurkaynak pointed to another important point as well: "The latest study we performed shows that Turkey has slowed down because of the inner problems it had, not because of external events. This is both good and bad news. It is good news because it is possible for us to resume growth if we do our homework. It is bad news because there isn't any authority to perform these reforms."

International financial players currently don’t have the appetite for taking risks in developing countries. Turkey's political turbulence, weakening institutions, media restrictions and the slump in confidence for the judicial system will not help put the economy on the right track.