Although Tunisia is in many ways a relatively liberated country, its legislation is slower to adapt than its gradually modernizing society and many conservative values still prevail. 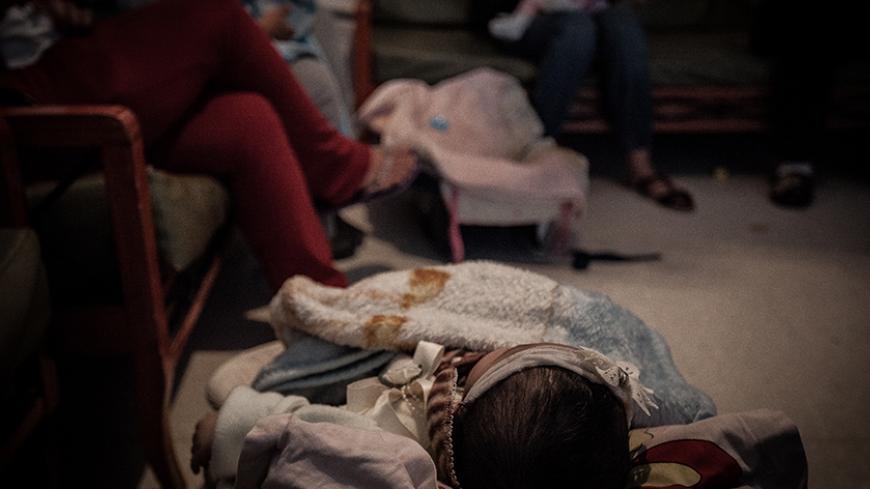 A single mother sits beside her sleeping infant in their home in Tunis. - Sebastian Castelier 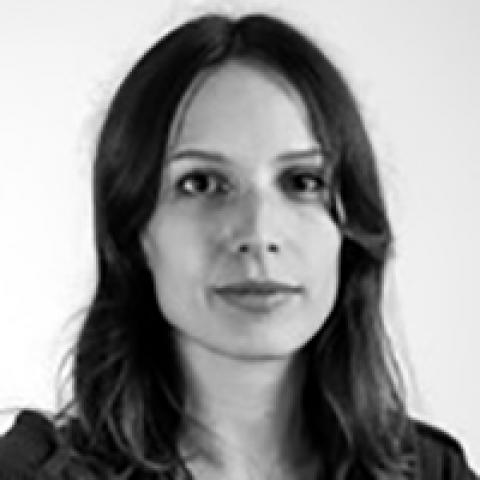 The situation of unmarried mothers, faced with a delicate dilemma and deprived of rights, makes a telling allegory for modern Tunisia — a country increasingly liberated but that still promotes conservative values.

On one side, the mere existence of unmarried mothers breaks the great taboo of premarital sex. According to a survey by the Pew Research Center from 2013, 89% of Tunisians say sex outside of marriage is “morally wrong.”

On the other side, a growing number of individuals are emancipating themselves from traditional family values. This trend is mainly reflected in delayed marriage. In 2012, the average age of marriage was 28 for women and 33 for men, leading to an increase in premarital sex. According to psychoanalyst Nedra Ben Smail, who authored the book "Vierges? La nouvelle sexualité des Tunisiennes" ("Virgins? The new sexuality of Tunisian women"), only 20% of Tunisian women remain virgins until marriage.

However, more than four years later, no real public debate has taken place on the issue. The country is ruled by President Beji Caid Essebsi, who was elected in December 2014 after a virulent anti-Islamist campaign against Ennahda, the governing party at the time. But Essebsi and his secular liberal party, Nidaa Tunis, allied with Ennahda just after the election. The two parties support conservative policies regarding moral issues, refusing to amend, for example, the law that criminalizes homosexuality.

At a press conference held Dec. 16, Rim Brahmi, a representative of the Tunisian minister of social affairs, said that 862 children were born out of wedlock in 2014.

Malek Kefif, president of Amal, the only Tunisian association entirely dedicated to the issue of unmarried mothers, estimates this figure to be closer to 1,500. “The official statistics underestimate the phenomenon because many births are not declared and escape the legal [system],” he explained to Al-Monitor.

Most of the women who get pregnant outside of marriage prefer to run away from home to avoid scorn and humiliation from their family — a difficult decision to make in a society where family remains the basic unit and represents for individuals a form of social welfare.

“Facing the rejection of their family, single mothers often find themselves in a situation of isolation combined with deep economic insecurity,” Kefif pointed out.

Abortion has been legal in Tunisia since 1973. "But," Kefif said, "these women often come from disadvantaged circles, with a low level of education and a misunderstanding of their body and contraceptive methods.” He added. “It is often too late when they learn they’re pregnant.”

Tunisia created a family planning program in 1966, but there is very little sexual education in schools, and “even if there exist some information campaigns, you still find women that ignore the basics of reproductive health,” said Kefif.

Under these circumstances, many women are forced to abandon their children. According to a recent study by the nongovernmental organization Sante Sud, less than half of single mothers keep their babies. Those who choose to keep their children are mainly taken care of by private associations, such as those of the Amen network, which includes Amal.

The Amen network provides literacy programs, helps some mothers finance business projects and promotes mediation to try to reintegrate these women into their families. But still, “Some mothers find themselves in the streets,” Kefif said, noting, “There is no public center well adapted to take single mothers.”

Amal opened an emergency shelter for homeless single mothers. Located in the suburbs of Tunis, the center has 17 beds and accommodates about 50 women every year. “We offer our patients a four-month stay, which can be extended on a case-by-case basis if they show a willingness to improve their condition. They have to find a job, a stable source of income,” manager Hajer Zaim explained to Al-Monitor.

“We also give them psychological assistance and an opportunity to pursue vocational training,” Zaim added.

In December, 13 women, four of them pregnant, and nine children stayed at the shelter. Most of these women, from 20 to 25 in age, told the same story as F., who was staying at the shelter with her 4-month-old daughter and prefers to remain anonymous for security reasons.

“In my youth, I was a victim of domestic violence,” she said, adding, “I was in love with the father of my daughter. We planned to get married. But when he learned that I was pregnant, everything was cancelled. He told me that he had no financial means to support a family.”

“Without the shelter, I would have had to give away my child,” said M., the 24-year-old mother of a 7-month-old girl. She also prefers to remain anonymous. Like the majority of unmarried mothers staying there, she was referred to Amal by social workers when she gave birth in a public hospital.

The women rescued by Amal also receive legal support. "If an unmarried mother declares her child alone, the newborn will take the name of the mother and will risk being stigmatized at school and in his professional and social life,” Monia Ben Jemia, a jurist specializing in the issue and the president of the Tunisian Association of Democratic Women, explained to Al-Monitor.

A law passed in 1998 known as the “patronymic name law” now allows unmarried mothers to conduct a paternity search, using DNA testing if necessary, when the father is known but refuses to recognize the child. The law obliges him to cooperate so the child can receive a full identity and mother can claim and receive alimony.

“This is an undeniable breakthrough,” Ben Jemia said, but it remains “insufficient.”

In the case where paternity is established, Tunisian law does not necessarily give custody to the mother. "Even though the mother raised the child, the father is the one who decides. At every moment, he can decide to exert power on his child’s life — for example, intervening in crucial decisions regarding his education or health care — without even taking care of him on a daily basis,” Ben Jemia added. “Another problem is that very often, the jurisprudence denies inheritance to children born out of wedlock.”

As the Sante Sud report points out, Tunisia is nevertheless the country “where the cause of women, and especially that of unmarried mothers, seems best promoted, compared to nearby Algeria and Morocco.” Of these three Maghreb countries, Tunisia is the only one to have legalized abortion.

Tunisia also has the most progressive legislation regarding women and families. The Code of Personal Status, adopted in 1956, abolished polygamy, recognized civil marriage that requires the consent of both spouses and instituted judicial proceedings for divorce. It gave men and women equal rights, except on the question of inheritance — sons inherit twice as much as daughters.

But so far, there is no upcoming legislation aiming to recognize the specific status of unmarried mothers. The Amen network tries to raise awareness about the issue and combat the social exclusion faced by these women. These organizations also push for legal reform to grant the right of inheritance to children born out of wedlock.

“We mostly advocate for the children’s rights,” Kefif said, adding, “Advocacy for unmarried mothers is far more difficult, because they face a harsh moral judgment from the public.”

“The issue is still a taboo,” Ben Jemia admitted, adding, “and the problem is that all the laws relating to the family are linked to the Code of Personal Status. If you want to improve the rights of unmarried mothers, then you have to amend this code. But no one is willing to do so. The Islamists think a debate in parliament would lead to an even more progressive code, which they don’t want, while the liberals fear it could end up with a backlash against women’s rights. The status quo is hard to break.”