7 things to consider before sending troops to Syria

By supporting a Saudi ground invasion of Syria, the United States would be aiding and abetting the expansion of terrorism as well as pushing Iran and Russia toward threatening the very viability of the House of Saud. 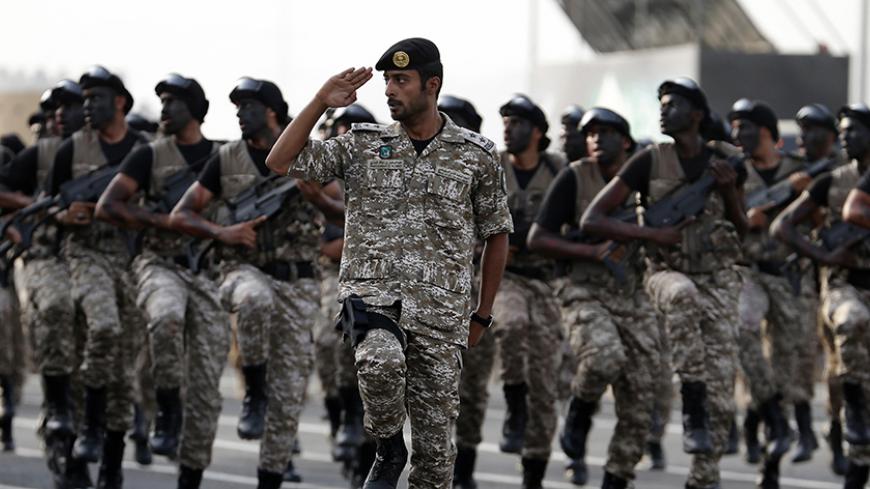 Members of the Saudi security forces take part in a military parade in preparation for the annual hajj pilgrimage in the holy city of Mecca, Sept. 28, 2014. - REUTERS/Muhammad Hamed

Saudi Arabia has offered to deploy ground forces in support of the US-led coalition’s fight against the Islamic State (IS) in Syria — apparently with American support. Such a move will undoubtedly make the conflict even more nightmarish.

Saudi Foreign Minister Adel al-Jubeir has stated, “The United States government was very supportive and very positive about the kingdom's readiness to provide special forces to the operation in Syria.” It seems Washington and Riyadh have not learned from their past mistakes, of which there have been many:


These and many other elements have contributed to the tragic mess in Syria today. The current challenge posed by IS is the biggest threat currently facing both the Muslim world and Western civilization. IS is now the No. 1 threat to the peace, stability and security of the Middle East — and the world. It is of supreme importance to note that IS was for years funded by wealthy donors in Kuwait, Qatar and Saudi Arabia, all of which are US allies.

Make no mistake: Saudi Arabia's main goal in Syria is to overthrow Assad. In this vein, Saudi ground troops entering the conflict would only strengthen terrorist groups like IS. While the Saudis have in the past pressured the United States to attack both Syria and Iran, they have launched a brutal assault on Yemen to uproot the Houthis from power. The United Nations has confirmed that Saudi forces have violated international humanitarian law, requiring an international investigation. Riyadh also deployed military forces into neighboring Bahrain in 2011 to quash the Arab Spring-inspired uprising there in support of the continued minority rule of the Sunni al-Khalifa monarchy. Saudi Arabia has failed to achieve the aims it has sought through all of these measures.

By supporting a Saudi ground invasion of Syria, the United States would be aiding and abetting the expansion of terrorism as well as pushing Iran and Russia toward threatening the very viability of the House of Saud. This would be a devastating mistake that the United States and Saudi Arabia should not make. Riyadh is already overstretched and does not have the capacity to meet its commitments. Last but certainly not least, one should bear in mind the Russian prime minister’s dire warning: “Deploying ground troops in Syria would spark World War III.”