Denise Natali argues that an opposition strategy that does not address the deep-rooted sectarian conflict in Syria between Sunnis and Alawites and their regional backers is doomed to failure. 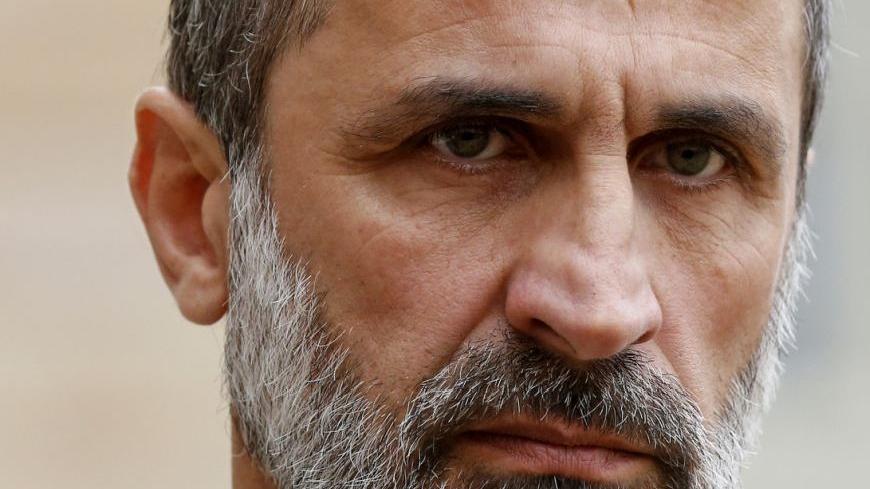 The recently created Syrian National Coalition for Opposition and Revolutionary Forces has renewed some hopes for a viable replacement to the Assad regime. Founded during a series of meetings in Doha, the group already has been recognized by the governments of France, Turkey and the Arab Gulf states as the “sole legitimate representative of the Syrian people,” with cautious support by the European Union and the United States. With this backing the Coalition aims to garner the foreign and military support it claims it needs to break the current stalemate, overthrow the regime in Damascus and establish an interim government.

Yet focusing singularly on how to empower a Syrian opposition against Assad is a misguided one that deflects the increasingly sectarian nature of the conflict and its impact on internal and regional stability. Instead of a neutral force seeking to unify the country’s increasingly fractious populations, the Coalition is driven by sectarian interests that are pitting Sunni Arabs against Alawites, while alienating other minority groups. Unless this sectarian divide is reconciled, the Coalition will face the same fiasco as its defunct predecessor, the Syrian National Council (SNC). Worse still, it will further encourage the Somalization of Syria as local groups carve out and consolidate their own power bases on the ground.

Indeed, the new Coalition has attempted to create a more inclusive force and broaden its appeal to Syrian populations. Unlike the SNC, which was dominated by an Aleppo elite and the Halabi clique of the Muslim Brotherhood, the Coalition has brought in key leaders from the heart of Damascus, including Moaz al-Khatib, an imam from Damascus' Grand Umayyad Mosque, alongside Riyad Saif and female secular activist Suhair al-Atassi as joint vice presidents. The coalition also has included minority group representatives and plans to create a leadership council with Alawites, Christians and Kurds to further court minority support

Still, the Coalition better represents the sectarian interests of its foreign supports than it does Syrians on the ground, including youth or local councils. The Doha meetings were largely inclusive of Qatari councils and other regional actors that hand-picked local representatives to whom they could channel arms, money and aid. The Kurds, for instance, were chosen by Turkey and Iraqi Kurdish leader Massoud Barzani from the Kurdish National Council (KNC) — a group under Barzani’s auspices that has little credibility among the vast majority of Syrian Kurds. In many ways the coalition is no different from the SNC but with different external actors in the lead. Instead of Ankara in command, the project is now directed by Qatar and other Arab Gulf states, with offices in Istanbul and Cairo.

Yet the opposition’s message and operations have become increasingly sectarian. The Coalition is not just seeking a change in Syrian leadership, but a new ideology, power structure and modus vivendi for the Syrian state and its populations. The numerous black flags and long-bearded men that have become visible at check points and opposition sites in Syria may not necessarily be linked to Salafist or al-Qaeda movements; however, they represent extremist, Sunni Islamic influences and the new means in which local groups can easily secure weapons and funding from key Coalition backers. Saudi Arabia may not be utilizing the Coalition as a funding mechanism, but it is channeling money and weapons to its own military councils on the ground.

Instead of reassuring minority groups and secularists that their future could be more secure without Assad — something that the SNC failed to do — the Coalition and its backers have done just the opposite.Most minorities remain fearful of a Syrian state under a Muslim Brotherhood or Salafist regime backed by conservative Arab Gulf states — no matter how much they may disapprove of Assad or the Shahiba forces in their localities — and refuse to support the Coalition. Similarly, Ankara’s continued role in the Coalition and its official request to NATO for Patriot missiles to be stationed at its southern border, even for defensive purposes, continues to keep Kurds away from the Syrian opposition for their own ethno-nationalist reasons. Even the KNC Kurds who initially participated in the Doha meeting have recently withdrawn (except former SNC leader Abdulbaset Sieda).

These trends have implications for US policy in Syria. The same conditions that the Obama administration placed on the SNC — greater cohesiveness, representation, and protection of minority rights — the same should continue to be applied to the Coalition before any diplomatic recognition or tangible support should be provided. Even then, the US requires a shift in thinking so that it can get at the key issue of the Syrian crisis — the deep-rooted sectarian conflict between Sunni Arabs and the Alawites, and their backers. Whether or not Assad remains in power, getting these communities to reconcile remains tantamount. Unless this issue is addressed, alongside recognizing the regional stakes in Syria inclusive of Iran and Russia, there will be no hope for the Coalition and no outcome other than stalemate, bloodshed and factionalization.

Denise Natali holds the Minerva Chair at the Institute for National Strategic Studies (INSS), National Defense University and is the author of The Kurdish Quasi-State: Development and Dependency in Post-Gulf War Iraq. The views expressed are her own and do not reflect the official policy or position of the National Defense University, the Department of Defense or the US government.