Is the US a threat to Israel?

US efforts to crack the Israeli drone encryption system have caused some to question whether or not America is still an ally of Israel. 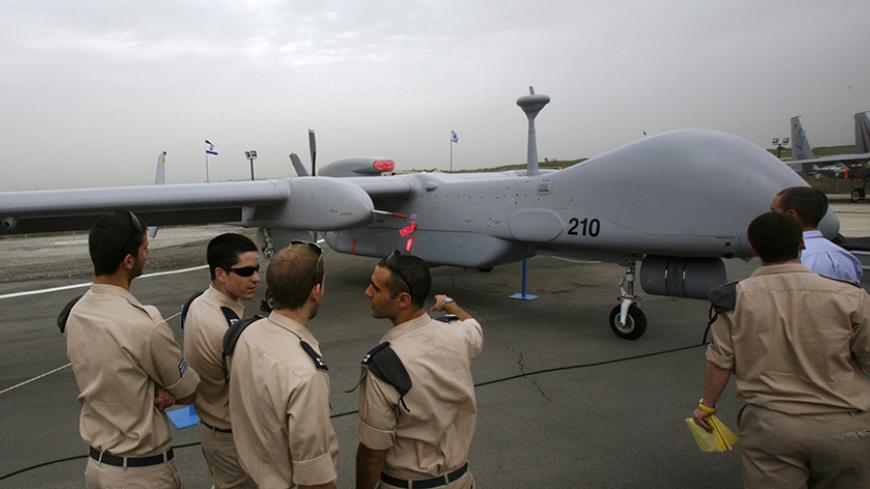 The Intercept published Jan. 29 information about Operation Anarchist, an extensive spying initiative of the United States and the United Kingdom against Israel’s covert aerial activities. The article generated an enormous storm in Israel’s security circles and also in its highest political echelons. According to the report that was drawn from Edward Snowden’s documents, the national wiretapping services of both the United States and the United Kingdom — the National Security Agency and Government Communications Headquarters, respectively — set up secret spying facilities atop Cyprus’ Troodos Mountains. For 18 years, they have been tracking Israeli activities of fighter jets, unmanned aerial vehicles (UCAVs or combat drones) and Israel’s entire aerial deployment. According to the documents, the Americans succeeded in breaking the code encryption of Israel’s drone alignment including the Israeli Heron. The leaked documents claim that this is an unmanned aircraft capable of attacking deep in enemy territory. According to the published information, even the operating code of the Arrow project's Black Sparrow target missile was breached by the superpowers. The Black Sparrow is a missile launched by Israeli fighter planes from a very high altitude; it resembles the Iranian Shahab missile that the Arrow is supposed to intercept and damage at high altitude.

The official Israeli response to these publications was “expressions of disappointment.” Official Israeli speakers tried not to inflate the crisis. Israel’s working assumption is that the United States listens to every word uttered by the state’s leaders. Prime Minister Benjamin Netanyahu is convinced that he is under surveillance even in his office and his private home in Caesarea. He has asked the Shin Bet — more than once — to try to install wiretap disrupters in his private home. When Netanyahu is in the United States, he does not talk about classified matters while at Blair House, the official guesthouse. Instead, Netanyahu confines all his private talks to the embassy in Washington. When Prime Minister Yitzhak Rabin used to travel to the United States, his entourage always picked a last-minute, random apartment in Washington as the place for transmitting important security updates. The premise was that the Americans would not have time to install wiretapping equipment in an apartment at such short notice.

Behind the scenes, however, the drama is far greater than Israel’s laconic “disappointment” response outlined here. Ephraim Sneh, former deputy defense minister and brigadier general in the reserves who is still well connected to the country’s top brass, bitterly castigated the American-British espionage setup this week. “Israel and the US have the same enemies,” he told Al-Monitor. “Instead of working together positively, it turns out the Americans are investing tremendous energy in an attempt to breach Israel’s codes. Operationally that means that whoever knows where you are today can also know where you plan to be tomorrow. And technologically what we see is a conscious decision to invest much energy and resources in breaching Israel’s encryption system. They use America’s cutting-edge technology against Israel’s. That should worry us.”

Sneh’s words reveal only the tip of the iceberg of the new suspicions that threaten the already-fragile intimate security relations between Israel and the United States in the Obama era. “The Americans are our partners in the development of the Arrow,” said another Israeli source, on condition of anonymity, who is still active in the security system. “Why are they investing all this effort to breaking the code [encryption] of the 'target missile'? All they have to do is ask nicely and we will involve them; Israel passes on to the US everything it reveals and decodes. I personally participated in meetings in which Israeli security sources met with the US national adviser. Our side would spread out satellite photographs and classified material regarding covert activities of Iran, Hezbollah or other dangerous operatives in the region. The fact that they invest so many resources in the attempt to breach the operations of the unmanned squadron is simply disappointing.”

Behind closed Israeli doors, there are others who raise additional worrisome thoughts: If the Americans succeeded in cracking the codes of the combat drones, then perhaps they are also breaching the codes of most undercover units such as the General Staff reconnaissance platoon, and keeping tabs even on the activities of this elite unit. If that is indeed true, then the situation is far worse than we thought. Another Israeli military contact told Al-Monitor on condition of anonymity, “All this time, we were convinced that America is our ally, and they never appeared on our list of threats. Now it is not clear at all that we were correct.”

More calming voices oppose this approach. “Israel is a world power in the cyberfield, codes and their operation, and electronic warfare,” said an Israel Defense Forces source, who asked that his name not be published. “It is hard to believe that the Americans succeeded in breaching the codes of these sophisticated drones.”

Until about 10 years ago, Israeli drone codes were not encrypted at all. The policy change was prompted by the Naval Commando Disaster in September 1997 in which 12 Israeli naval commandos were killed in Ansariya, Lebanon. According to one of the accounts, Hezbollah succeeded in cracking the code of an Israeli combat drone that carried out a number of spying missions over the territory in which the commandos were going to operate. This foreknowledge caused Hezbollah to place ambushes on the site and inflict much harm on the Israeli forces.

Israel’s Signal and Electronics Corps is responsible for the code encryption of combat drones, which is graduated or phased: The level of encryption rises with the level of stealth and combat danger faced by the UCAV. An Israeli security expert also speaking on condition of anonymity told Al-Monitor, “With regard to these code encryptions, even if an external source cracks the code, these codes change all the time and are replaced very frequently.” But this statement does not mollify the Israelis. “It is absolutely possible that a world power like the US with its tremendous super computers, unlimited manpower and resources has attained impressive code-breaking abilities that supersede Israel’s code encryption abilities. And if that is the way things look, then we need to worry,” he added.

The assessment is that the spying project under discussion reached its climax from 2009 to 2013, when talk about an Israeli assault on Iran was at its peak. In those tense years, the Americans demanded that Israel “not surprise us” with anything connected to an attack on Iran, but the Americans came up empty-handed from this request. American tracking of aerial activity of Israel’s combat UCAVs could have given President Barack Obama a ''safety margin'' of several hours'  warning before an Israeli attack. That would have allowed Obama to make a quick phone call to Netanyahu to try to block the whole process.

In 2010, Israel carried out a large-scale aerial maneuver over the Mediterranean Sea, involving more than 100 fighter jets. Even before all the planes returned to their bases, then-US Chairman of the Joint Chiefs of Staff Adm. Michael Mullen called his Israeli counterpart, Gabi Ashkenazi, to find out what was going on. “It’s no secret that the Americans know when anything from this area goes into the air,” said a former high-ranking Israeli air force officer this week. “Now we understand that in addition to being able to detect aerial activity, they also can figure out the targets and trajectories in advance. We need to learn how to live with this.”