Israel is in a state of alert after the explosion at Iran's Natanz nuclear facility. 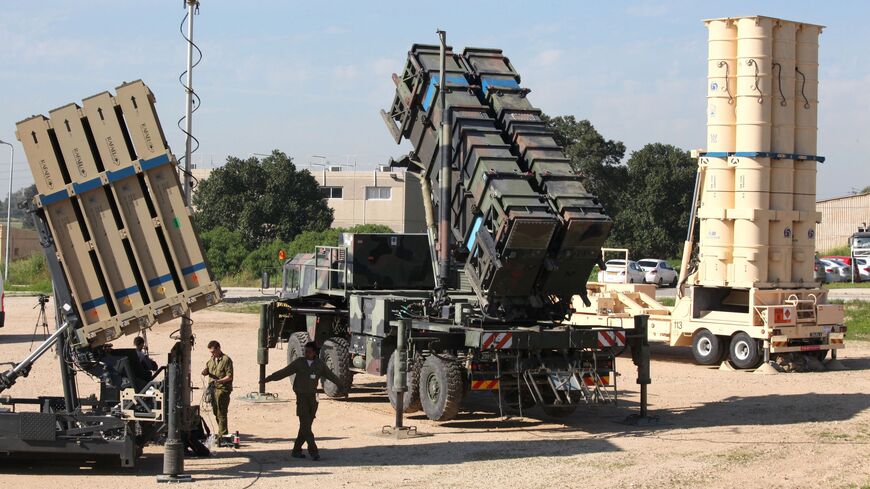 Scientists and other staff at the Iranian uranium enrichment facility in Natanz marked “National Nuclear Day” on April 10 with speeches and a video showing lab-coated personnel singing a song written for the event commemorating colleagues who had been assassinated or otherwise lost over the years. Hours later, just before dawn on April 11, a powerful blast ripped through the facility.

According to information reaching the West, the explosion occurred next to the power source supplying the underground centrifuges of Iran’s main enrichment facility. (Iran also carries out enrichment at a plant in Qom but not in significant quantities.) The blast and ensuing fire caused extensive damage. Several hundred personnel on nighttime duty were evacuated and a search was undertaken for casualties. None were found.

The explosion coincided with the first visit to Israel by a senior official of the new US administration. US Defense Secretary Lloyd Austin was touring Israel’s strategic Nevatim air force base accompanied by Defense Minister Benny Gantz and Air Force Commander Maj. Gen. Amikam Norkin. As Austin was being shown Israel’s various anti-missile defenses — the Iron Dome, Arrow and David’s Sling — and a squadron of F-35 combat aircraft, Iran was accusing Israel of the sabotage at Natanz and threatening revenge against the “Zionist regime.” An Oscar-winning director could not have staged the events with such perfect timing.

“Secretary of defense, do you have a reaction to the explosion at Natanz?” the military affairs correspondent of Channel 13, Or Heller, called out to the American gazing appreciatively at the top-of-the-line weaponry. Gantz saved Austin from answering by telling Heller, jokingly, that he would “take off his head” for his rude interruption.

Israeli officials were concerned that the troubling timing would embarrass the Americans. President Joe Biden himself went through a somewhat similar experience while visiting Israel in 2010 as vice president, when a local planning council approved construction of hundreds of houses in east Jerusalem, territory that the Barack Obama administration did not recognize as under Israeli sovereignty. The announcement set off a storm between Jerusalem and Washington, marring the festive visit.

The Natanz incident did not lead to that sort of scandal, but the atmosphere behind closed doors was somewhat tense. Austin was friendly, displaying keen interest in everything he was shown and asking detailed questions. He appeared pleased, but according to officials privy to the talks, Austin nonetheless made it quite clear to his hosts that the administration was determined to bring Iran back to the negotiating table and would be displeased with attempts to sabotage its plans.

Whoever planted an explosive device at the nerve center of Iran’s nuclear program knew what they were doing. The Iranians and many Western intelligence sources are united in their assessment that Israel’s Mossad was behind the attack. The explosion brought to a standstill the work of almost 6,000 new centrifuges, meaning that Iran has temporarily lost almost all its uranium enrichment capability.

If Israel was responsible, the operation appears to mean two things:

First, as Prime Minister Benjamin Netanyahu warned April 7, Israel will not consider itself bound by the outcome of negotiations with Iran and will have no qualms about raining on the Biden administration’s parade.

Second, Israel is leaving the Americans room to maneuver by neutralizing Iran’s threat to intensify uranium enrichment as a bargaining chip in the talks. Right now, Iran is unable to enrich anything.

Despite the apparent operational success, there is harsh criticism in Israel over leaks about Israeli operations against Iran and the progressive lifting of the veil of ambiguity that Israel has traditionally imposed on such activities. Gantz is demanding that the attorney general investigate the leaks.

“This ‘Western officials’ is nonsense,” Gantz told reporters, referring to the sources cited by various media outlets reporting on the Natanz blast. Gantz added that the “chatter” was severely damaging to Israeli security and its interests, hinting that political reasons were behind the leaks.

Gantz was suggesting that Netanyahu is desperate to create a sense of urgency, whether economic, health or security-related, to convince his obstinate potential cohorts to abandon their principles and join his government to deal with an emergency. A year ago, Netanyahu employed the same tactics with the coronavirus crisis to convince his rival, Blue and White leader Gantz, to join a unity government.

According to Israeli assessments, Iran will not rush into a high-profile attack in retaliation. “Their paramount priority right now is the lifting of sanctions, and not another front against a powerful enemy,” a senior diplomatic source in Jerusalem told Al-Monitor on condition of anonymity. “They are focused solely on an effort to bring the Americans back to the agreement and getting rid of the sanctions.”

Nonetheless, Israel remains in a state of alert. Along with the usual concerns over terror attacks, sporadic missile fire and attempts to harm Israelis or Israeli representative offices abroad, Israel is facing a far more real and imminent danger: cruise missiles and drones such as in the September 2019 attack Iran carried out against Aramco oil facilities in Saudi Arabia.

Some Israeli officials differentiate between the destructive capacity of the Islamic Revolutionary Guard Corps’ Quds Force, whose attempts to strike at Israel have all failed, and the Iranian air force's capability to mount a precision attack similar to its Saudi operation. Israel has long been preparing for the threat of “ground hugging” cruise missiles that are hard to locate and intercept, and of self-destructing drones.

Israel will soon add to its arsenal a version of David’s Sling designed to locate, monitor and intercept cruise missiles and drones, greatly boosting its defenses. At the same time, the currently deployed Israeli intercept systems will soon be linked up to a single radar and internet network under one command, providing it with greater flexibility and a variety in rapid interception options.

According to various assessments, Iran is also targeting Israel on another front — attempted attacks on and kidnappings of Israelis abroad. On April 12, the Shin Bet security agency and the Mossad issued a rare joint statement warning of an Iranian network luring Israeli businessmen overseas to abduct them. The Iranians post fake profiles of attractive women and contact Israelis who often travel abroad on business, inviting them to meet. The Mossad and Shin Bet say the IRGC is behind that scheme. In at least one case, an Israeli businessman who had already taken the bait and gone abroad was warned in time and returned to Israel just hours before his scheduled “business meeting” with a mysterious young woman.

Either way, there is growing criticism in Israel of Netanyahu’s policy of escalating and expanding the military struggle against Iran. “Israel would be better off targeting Iranians in Syria, where they are completely exposed and where we enjoy a decisive advantage, than opening up long naval fronts,” a top former military official told Al-Monitor on condition of anonymity. “In any case, we should go back to keeping a low profile and stop the chatter and bragging. Right now, it looks as if someone really want things to deteriorate. This must not happen.”