The Unites States, United Nations, European Union and Russia plan to develop a mechanism that will bypass the UN Security Council and initiatives of individual countries such as the United States and France. 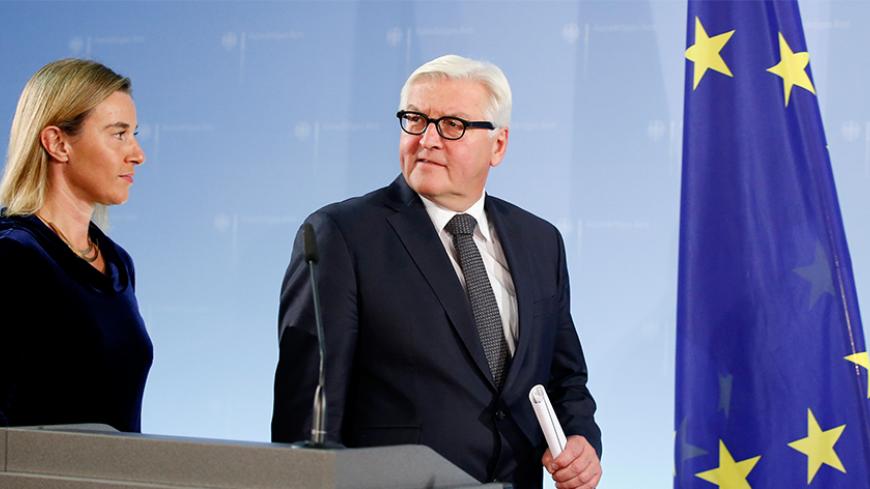 The Quartet (United States, United Nations, European Union and Russia) decision taken on the sidelines of the Munich Security Conference on Feb. 12 is a landmark for the efforts of the international community to revitalize an Israeli-Palestinian two-state solution process. The Quartet decided to compose a report that will outline the obstacles that today are preventing a renewed peace process as well as recommendations for restarting Israeli-Palestinian negotiations.

The driving force behind the Quartet’s decision was the EU High Commissioner for Foreign Affairs and Security Policy, Federica Mogherini. An official close to the High Representative told Al-Monitor on condition of anonymity that there is a consensus within the EU that without a political horizon, the situation within the Palestinian Authority risks deteriorating, possibly leading to an armed intifada and even to the resignation of President Mahmoud Abbas. Mogherini believes that, similarly to the case of the Iran deal, it is important to create an international consensus of the main powers for the sake of Israeli-Palestinian conflict resolution. In this way, the Quartet may become a mechanism that will bypass the Security Council and initiatives of individual countries such as the United States and France.

According to the official, the report will be prepared by envoys of the Quartet to the region and presented to the foreign ministers for a decision as to how to proceed. It will include a common analysis of the existing roadblocks for a peace process, and therefore will deal in detail with settlement expansion, land appropriation, incitement to violence and violence, both in regard to the Palestinian sporadic terror attacks in the past three months and to Israeli settler violence against Palestinian civilians.

The EU official said that the Quartet does not intend to blame any of the parties, but rather to analyze the situation in a balanced way in order to create a better environment for the renewal of a two-state process.

As to a formula on the renewal of negotiations, it will have to be negotiated by the foreign ministers of the Quartet, based on the recommendations in the report. Mogherini herself, according to the official, will consult in advance of the report with Prime Minister Benjamin Netanyahu and Abbas, as well as with the leaders of Egypt, Jordan and Saudi Arabia. The EU sees the Arab Peace Initiative of 2002 as a valid basis for future negotiations, but also recognizes the need for mutual land swaps in relation to the 1967 lines and for security arrangements to satisfy Israeli interests within a two-state solution.

While the decision on the report was reached in consensus, there is a diversity of views within the Quartet about the kind of policy platform to set for all future negotiations.

A senior State Department official told Al-Monitor on condition of anonymity that Secretary of State John Kerry is very much in support of the Quartet report. The United States will, in view of sharp European criticism of Netanyahu’s settlement policies, attempt to balance in the report what it perceives as excessively critical approaches toward Israel by the EU, Russia and the UN. In the American view, the Arab Peace Initiative cannot be the main basis for future negotiations as it does not emphasize sufficiently the necessary security and anti-terror arrangements within a permanent status agreement. The Obama administration, according to the official who is frequently in the region, is interested in creating a policy platform for a two-state solution for the post-Obama era. It will do so both within the Quartet and also in the form of US policy guidelines for a two-state solution. Various expressions of such guidelines are still being considered, including the possibility of an important presidential policy speech.

The Quartet decision is significant both in the short and long term. For the immediate future, it may give Abbas a political horizon to point to. In regard to Israel, it may start a political debate over the value of the Quartet’s recommendations. In the long term, the mechanism — more than the specific recommendations — is of importance; it may be the beginning of a conflict resolution process on the Israeli-Palestinian issue by international consensus and not merely, as in the past, by the United States. In all likelihood, a new platform for a two-state solution process can be realized only after the upcoming US presidential elections and after the two parties — Israel and the PA — have exhausted all other alternatives.