The statements made by the Saudi ambassador to Baghdad about the Popular Mobilization Units in Iraq have stirred mixed reactions in the political sphere and on the Iraqi street. 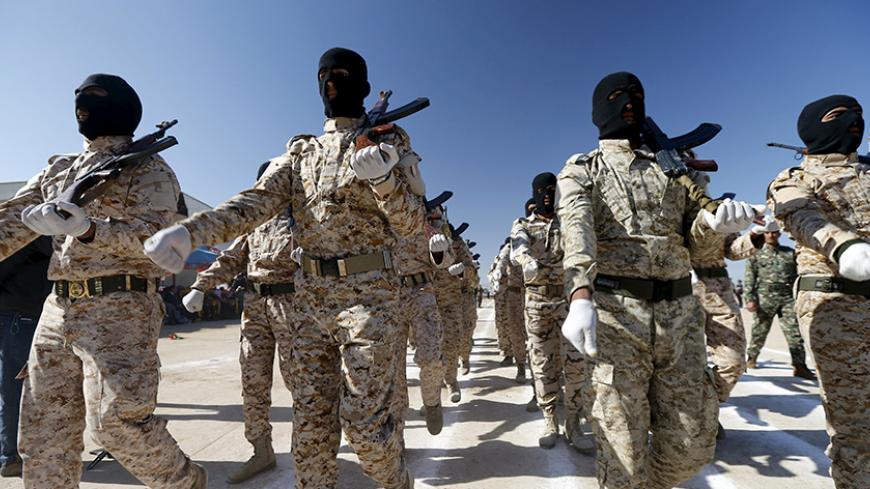 The Saudi ambassador to Baghdad, Thamer Sabhan, who was appointed to this position by Saudi Arabia on June 2, 2015, has become the most infamous ambassador in Baghdad. Iraqis have been talking extensively about him in the past few weeks because of his statements about the Popular Mobilization Units. The State of Law Coalition considered these statements to be “a threat to civil peace,” while another Sunni bloc, the Alliance of Iraqi Forces, described Sabhan’s remarks as “very natural.”

On Jan. 23, Sabhan appeared in his first television interview with Al-Sumariya since he took office on Dec. 31, 2015. However, his statements sparked a wave of condemnation on both the popular and political levels in Iraq, prompting some political blocs to demand his expulsion from the country.

Sabhan said during the interview, “The refusal by the Kurds and [the Sunni province of] Anbar to let the Popular Mobilization Units come to their regions shows that these units are not accepted by Iraqi society.”

The Saudi ambassador accused Iran of “blatantly interfering in the Iraqi internal affairs and of forming armed militias,” while stressing the need to “reach a radical solution to [eliminate] the environment that contributed to the emergence of the Islamic State (IS) and terrorism.”

He added, “The groups behind the attacks in Muqdadiyah are no different than IS, which begs the question: Where do the Popular Mobilization Units stand with regard to the Muqdadiyah incidents?”

Regarding the call of Bahraini Foreign Minister Khalid bin Ahmed Al Khalifa for the dissolution of the Popular Mobilization Units, Sabhan asserted that “whoever listens to Grand Ayatollah Ali al-Sistani’s Friday sermons and Muqtada al-Sadr’s statements can feel the threat that Shiite religious authorities pose.”

The Iraqi division on the reopening of the Saudi Embassy in Baghdad — after Saudi Arabia had cut its diplomatic ties with Iraq following the invasion of Kuwait in 1990 — had been present for a while. Before the Saudi ambassador took office, some political parties had certain reservations, while others welcomed him.

However, the ambassador’s statements provided new material for the internal political conflict, which called for an intervention by the Iraqi Foreign Ministry. The ministry’s official spokesman, Ahmad Jamal, said in a press release on the ministry’s website Jan. 24 that the Saudi ambassador to Baghdad had been summoned the day following his statements.

“Ambassador Sabhan criticized the Popular Mobilization Units that are fighting terrorism and defending the country's sovereignty, while operating under the umbrella of the [Iraqi] state and under the leadership of the commander in chief of the armed forces. The Popular Mobilization Units also have a parliamentary representation that makes them part of the [Iraqi] political system. In addition, [Sabhan] expressed his opinion to the media about the political position of some of the Iraqis. This is not his role as an ambassador to say such things, and this is an unacceptable violation of diplomatic norms,” the press release read.

The Iraqi Foreign Ministry issued another statement on the same day, after Iraqi Foreign Minister Ibrahim al-Jaafari met with his Saudi counterpart, Adel al-Jubeir, during which the latter said, “These statements — in reference to Sabhan's — do not reflect the Kingdom of Saudi Arabia’s official position toward Iraq.”

Meanwhile, Khalid al-Asadi, member of parliament for the State of Law Coalition headed by former Prime Minister Nouri al-Maliki, expressed his discontent with Sabhan’s statements and told Al-Monitor, “Sabhan violated the diplomatic norms and his functions that he should not overstep; he interfered in Iraqi affairs and spoke about the Popular Mobilization Units, which are fighting terrorist organizations that major countries failed to fight despite all their money and armies.”

He added, “Iraq is going through difficult circumstances that require everyone’s support, instead of attempting to divide [the state’s] ranks and undermine its victories against terrorism. This is why we cannot accept Sabhan’s statements, nor do we accept those who repeat them, because they do not serve the interest of either country; next time we will not remain silent, and we will do more than just hand him a written objection."

After the wave of denunciations against his statements, Sabhan said on Jan. 25 that his comments were altered, and he did not mean to interfere in the internal affairs of any state. Saudi Arabia does not accept any armed group outside the legitimacy of the state, whether it was Sunni or Shiite.

He had said during the same interview with Al-Sumariya TV, “I felt anger coming from all the Sunni politicians that I met in Iraq against the Kingdom of Saudi Arabia. They told me, ‘You left us to face our fate all by ourselves.'”

Sabhan wondered “why there is so much anger on the part of Sunnis against us, while Saudi Arabia is getting involved in Iraq’s internal affairs, knowing that the kingdom does not support a party at the expense of another and always stands by governments, not people or sects. The custodian of the Two Holy Mosques told me in a meeting to look at Iraq and Iraqis with one eye, one heart and one mind, as Iraq needs the help of its brethren. But at the same time the solution should be an internal Iraqi one only.”

She added, “Iraq and Saudi Arabia need their officials to make statements that serve as a new starting point for [building good] relations between them; they want to avoid any political crisis, and we — as the Union of Nationalist Forces — welcome a positive relationship between Iraq and Saudi Arabia."

During the opening of the conference for the Union of Islamic Parliaments in Baghdad Jan. 24, Iraqi Prime Minister Haider al-Abadi alluded to Sabhan’s statements, saying, “We welcome all guests in Iraq, and everyone should respect Iraq's sovereignty and no one should incite to murder.”

In an interview with Al-Monitor, member of the Foreign Relations Committee in the Iraqi parliament Samira al-Moussawi said, “The Saudi ambassador to Baghdad is not qualified to head a diplomatic delegation as he works in the security field, and his statements showed a clear interference in Iraqi affairs.”

She added, “I expected the Iraqi Foreign Ministry to ask its Saudi counterpart to dismiss the ambassador it had recently appointed to Baghdad and replace him with a more diplomatic official who has a [clear] reading of the Iraqi situation. However, the ministry simply summoned [Sabhan] and handed him a written objection.”

Not only was the political class divided over Sabhan’s statements, but the Iraqi street was also divided, as some were even dismissive of his presence in Iraq. A campaign was launched by anonymous activists on social media demanding the expulsion of Sabhan from Baghdad after his controversial statement, in which he also said, “The Kurds and the residents of Anbar province do not accept the Popular Mobilization Units and rejected their entry to their provinces.”

Meanwhile, Mushreq Abbas, head of the Iraqi Media House, told Al-Monitor, “The Iraqi disagreement is not over the ambassador; it is a deep-rooted conflict about foreign relations and the management of the country’s affairs. Any conflict over a certain principle paves the way for any other disagreement, and we have not seen an Iraqi agreement over any issue for the past 10 years.”

He said, “Iraq has a problem with foreign relations, as it lacks an internal agreement on unifying the visions toward certain positions. When Iraqis [finally] find a mechanism to define the situation internally, then everyone will stand against any external [position] that violates the one they had agreed upon.”

The Union for Nationalist Forces exploited the media attack against Sabhan and its member of parliament, Wardi, saying Jan. 25 to those who criticize him, “We are surprised by the attack against the Saudi ambassador; where were you when provocative statements from Iranian officials were being made against Iraq?”

The conflict between those who support the opening of the Saudi Embassy in Baghdad and those who object it is expected to last, which will create a new political conflict in Iraq that could develop into disputes affecting the internal files over which an agreement has yet to be reached.