What Hezbollah stands to gain from Iran's nuclear deal

As the Iranian nuclear deal enters its implementation phase, analysts are discussing the repercussions of Iran’s openness to the West on Lebanese Hezbollah. 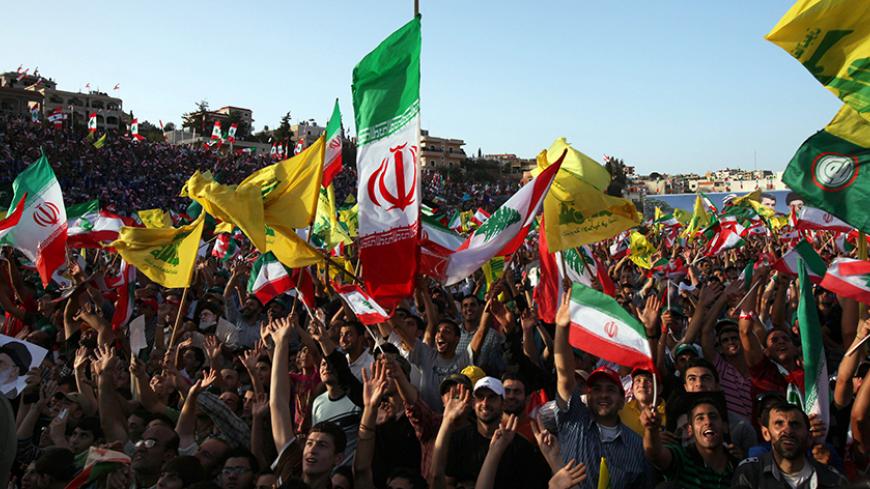 Lebanon's Hezbollah supporters celebrate with Hezbollah and Iranian flags during a rally in the south Lebanese town of Bint Jbeil, Oct. 14, 2010. - REUTERS/Jamal Saidi

A frequently asked question in Lebanon has been how the Iranian nuclear agreement might affect Iran's ties with Hezbollah. But party officials and independent Lebanese observers paint a picture of an unbreakable bond between the two. They believe the geopolitical dynamics taking shape in the region and beyond, now that the Joint Comprehensive Plan of Action is being implemented, further strengthen Hezbollah.

Anyone who thinks Iran's return to the national stage will decrease its support for Hezbollah "doesn’t know how Iran thinks,” a Hezbollah official told Al-Monitor, noting that the group is widely considered to be Tehran’s staunchest ally.

Speaking from his office in Dahiyeh in southern Beirut, an area commonly referred to as Hezbollah’s stronghold, the official, who asked not to be named, underscored that “Hezbollah is more than just an ally for Iran.” The relationship is similar to “that between father and son,” he said, going on to emphasize the ideological factor by saying that any success for Iran means success for Hezbollah and for the velayat e-faqih.

The official added that Hezbollah had credible information that Iran did not agree to discuss any issues other than the nuclear dossier during its talks with six world powers, citing this as evidence that Tehran will not budge regarding its support for the Lebanese movement.

A similar view is echoed by experts in the field.

"In Iran, it is the state that serves the revolution, and Hezbollah lies at the heart of this revolution,” Hussam Matar, an independent Lebanese scholar on international affairs who is close to Hezbollah, told Al-Monitor.

The Hezbollah official said Tehran has looked to enhance ties with Europe and China rather than Washington, which maintains a hostile stance toward the movement. This orientation, he believes, constitutes further evidence that Hezbollah has nothing to fear from Iran’s return to the global arena.

“Iran wanted to reach the nuclear agreement to open up and enhance ties with international players other than Washington,” he said confidently, citing the Chinese president's visit to Iran on Jan. 23 and Iranian President Hassan Rouhani's European tour, which included Italy and France, that directly followed.

As the JCPOA is being implemented, China is entering the region through the energy and infrastructure markets as part of its “One Belt, One Road” initiative — which is a very positive development for the likes of Hezbollah, according to Matar. “Any role for any power other than the United States in the region, especially those that don’t have colonialist projects, achieves a kind of balance in the region at the expense of the Americans,” he said, adding that this balance benefits Hezbollah.

Perhaps the biggest factor lending credibility to that argument is that Beijing is viewed as a much more even-handed player in the region whose policy differs from Washington’s outright support for Israel, Hezbollah’s archrival. At the same time, Beijing sees in Hezbollah an ally against the terrorism threat, according to a well-informed Iranian source. The source, who asked not to be named, quoted a member of the visiting Chinese presidential delegation to Iran as saying that “Hezbollah is fighting Chinese terrorists in Syria,” in reference to indigenous ethnic Uighurs — Muslims who China says have joined the ranks of terrorist groups operating in Syria.

On a separate note, Hezbollah’s importance as an ally for Iran in the region has also become quite clear in the turmoil that has engulfed the Middle East. The group has played a pivotal role in preserving the leadership of President Bashar al-Assad in Syria, Iran’s No. 1 regional ally. Hezbollah has sent military personnel to Iraq to join the fight against Islamic State terrorists, helping to prevent an extremist takeover that would pose a dangerous national security threat for neighboring Iran.

“Given that those countries in the axis of resistance [Iraq and Syria] are suffering and are hence incapable of taking initiatives in the region, Hezbollah is filling part of that vacuum,” Matar said.

Meanwhile, the regional bloc that might be forming between Saudi Arabia and Israel against Iran could further boost Hezbollah’s status. With Iran’s Arab state allies, such as Iraq and Syria, worn out by ongoing conflict, the movement could be poised to take up an even greater role to counter a Saudi/Israeli-led anti-Iranian bloc.

According to Matar, Hezbollah’s role in preventing the emergence of such a bloc or in stopping it from becoming an Arab-Israeli one could prove vital.

“Hezbollah has an Arab component and a history of resisting Israel,” he said, “which enables it to penetrate places where Iranians cannot penetrate." 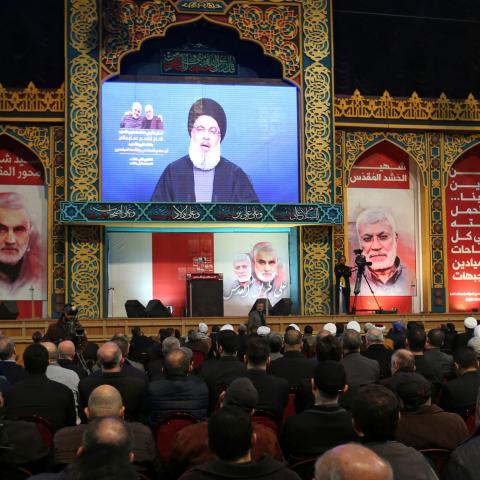 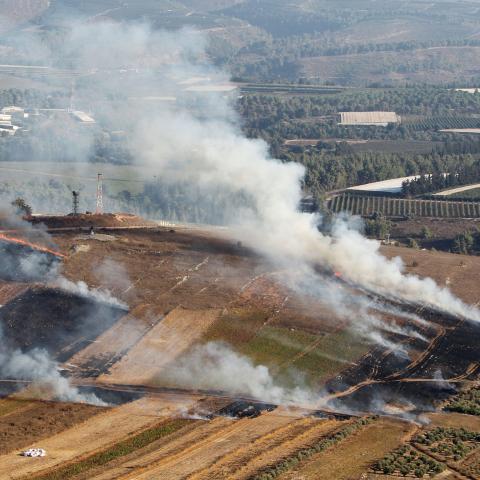 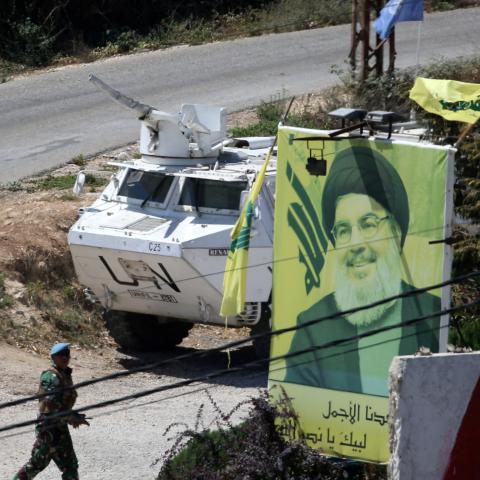