Why Hezbollah wants Hariri back in Lebanon 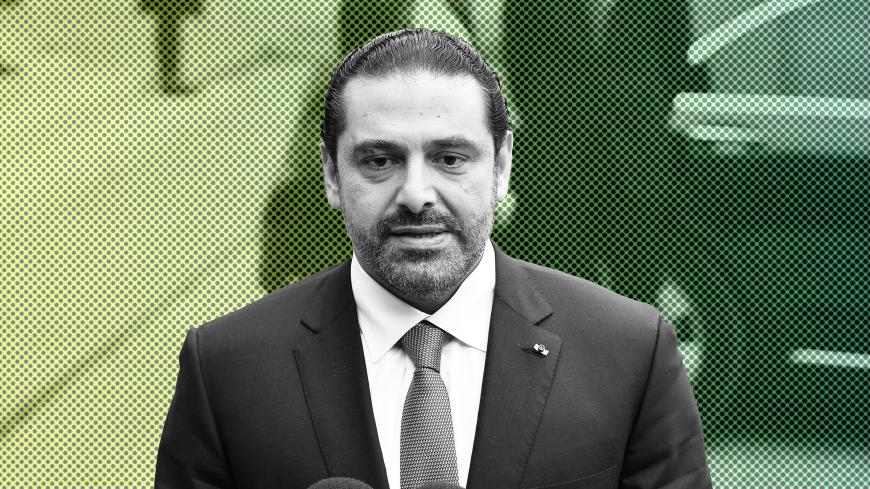 Much speculation has circulated about what might come next for Lebanon in the wake of Prime Minister Saad Hariri’s Nov. 4 surprise resignation in Riyadh. Hariri attributed his move to the behavior of Iran and Hezbollah in Lebanon. Yet little has been said of how the event will impact the Lebanese militant group, which appears increasingly thrust into a dangerous regional escalation.

Hezbollah’s approach to the crisis was summarized in a speech on Nov. 10 by Secretary-General Hassan Nasrallah. Nasrallah focused on several important points, mainly the illegitimacy of Hariri’s resignation under coercion and the continuity of the current government, while warning against any Israeli attack and Saudi attempts to create a rift within the Lebanese population.

A prominent Shiite analyst who is also close to the Saudi circles and who spoke to Al-Monitor on condition of anonymity believes that the resignation, whether coerced or otherwise, had been an unfortunate move by Riyadh. “Hezbollah has won even more legitimacy from this incident by positioning itself as the defender of Lebanese sovereignty. The party’s reputation was in no way affected by the measure; on the contrary, it hurt the Sunnis more than anyone,” he said. On Nov. 11, thousands of Lebanese participating in the country's annual marathon carried banners asking for the return of Hariri.

Nasrallah rode the wave of renewed Hariri popularity, calling in his speech for the need for the prime minister to return to Lebanon and condemning “the blatant Saudi interference in Lebanese affairs.”

For Hosam Matar, who specializes in international relations and Hezbollah affairs, the party wants to maintain the compromise achieved with the election in 2016 of President Michel Aoun, which led to the formation of a 30-member Cabinet led by Hariri. “This government reinvigorated the political process with the budget vote and maintained a positive feeling by ensuring a relative stability in the country. Hezbollah wants that,” Matar told Al-Monitor.

Yet unless Hariri comes back and is able to achieve a new deal on distancing Lebanon from regional conflicts as he requested in a televised interview on Nov. 12, operating with a caretaker government will throw the country into another political vacuum — one that may be prolonged by the hesitancy of Sunni politicians to form a new government with parliamentary elections scheduled for May 2018, which also might be postponed.

While a political vacuum is something Lebanon and Hezbollah are used to, the party is more concerned by security threats. Lebanese security sources quoted by Al-Akhbar newspaper reported that several people had been arrested for planning the assassination of parliament member Bahia Hariri, Saad Hariri's aunt.

“Different kinds of threats prevail in this phase over Lebanon, [including] the jihadi takfiri threat that appears to be under control because of the wide arrests made by Lebanese security agencies, and there is, of course, Israel,” said Matar.

Israel has been preparing since 2006 for war with Hezbollah. Since 2011 and the wave of revolution that swept the Middle East, Iran has been expanding its foothold in Yemen, Syria and Iraq. Now Washington appears determined to curb Iranian influence and that of its proxies — a project it shares with the Gulf countries.

The winding down of the Syrian civil war and the end of the conflict against the Islamic State ushers a new phase of instability into the region. Washington, Tel Aviv and Gulf capitals now perceive the control by Iran proxies over wide spans of land from Lebanon to Syria to Iraq and the facilitation of the conveyance of Iranian weapons to Hezbollah as extremely dangerous.

“Hezbollah fighters are talking more and more of the possibility of a war, and they are preparing for it,” Hezbollah expert and correspondent of the Christian Science Monitor Nicholas Blanford told Al-Monitor.

Matar believes that the balance of deterrence between the two enemies still holds. “This does not mean that Hezbollah is not fully prepared for a conflict,” he said — an opinion also shared by Ali Fadlallah, an expert in international law who spoke to Al-Monitor. “Barking dogs [Israel] seldom bite. A war would mean a high price to pay for the Israel Defense Forces,” he added.

In a video interview on Nov. 7, Carnegie researcher Yezid Sayigh warned that Hariri’s resignation could set up in motion events that may start with a political crisis but end in armed conflict in Lebanon — possibly involving Israelis and other elements within Lebanon that seek to isolate Hezbollah.

“In the first few days of Hariri’s resignation, there was truly a fear of internal strife. However, the unity showed by the various political blocs over the priority for Hariri to return and the calm management of the crisis showed otherwise,” said Fadlallah.

In Tripoli, the bastion of jihadism in Lebanon, Salafi sources who spoke to Al-Monitor concurred, saying that residents were mostly afraid of what could come next in terms of economic sanctions from Saudi Arabia. “No one believes in a serious confrontation with Hezbollah, and those who could be drawn into terrorist activities have been arrested for the most part,” Sheikh Nabil Rahim told Al-Monitor.

While a Saudi-Iranian direct confrontation is unlikely, a war on Hezbollah that would break Lebanon would also be highly counterproductive. Such a case would turn Hezbollah from its expeditionary activities but would fail to weaken the organization militarily, which is comparable to an Arab army.