Iranian leaders consider their positions in Syria, including support for both Hezbollah and a political solution, as gaining traction while Western mediation efforts have failed. 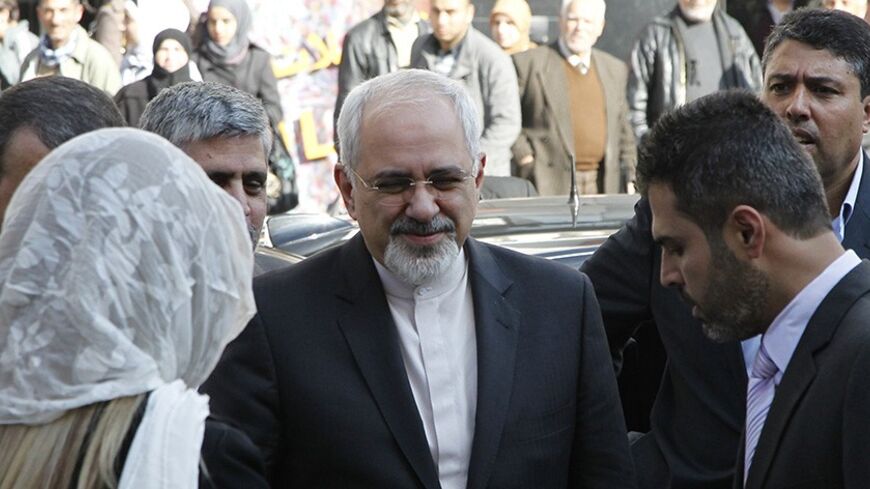 TEHRAN, Iran — When the Lebanese Islamist group Hezbollah entered Syria for the first time, almost a year ago, the status quo was different. Syrian regime forces were losing ground to opposition rebels. Among some observers, it became conventional wisdom that it was only a matter of time before the regime fell; the rebels were at the gates of Damascus, or at least this is what they used to say.

Hezbollah, Syria and Iran form what is known as the “resistance and resilience bloc.” The view among the three is that the bloc is gaining, and is even more necessary, given the growing jihadist threat.

In Tehran, the war in Syria is regarded by the establishment and its supporters as a threat to national security. The news of the war is everywhere in media and permeates political discussions at all levels.

Hezbollah’s involvement in Syria is considered a top-tier national security issue here in Tehran. While the Foreign Ministry handles the diplomacy, the Islamic Revolutionary Guard Corps (IRGC) has the lead, and a direct line to Supreme Leader Ayatollah Ali Khamenei, because the battle for Syria is also rooted in Iran’s perceived role as leading Shiite revolutionary power.

Supporters of Hezbollah and those who back the Syrian regime regard the war fought by the group as a sacred war, an existential war.

“Hezbollah is defending the resistance. They are defending every Muslim who wants to liberate Palestine. This is not a war that’s aimed at defending a regime or a president at all, it’s a war for the resistance, for Palestine,” a source in Tehran told Al-Monitor, adding that Iran sees Hezbollah’s “jihad” today as of benefit to the whole region and even those who hate the group.

According to Mohammad Marandi, head of Tehran University’s world studies faculty, “Hezbollah involvement comes very much later than the conflict itself. Hezbollah only became involved gradually and well after a large number of extremists came to the country via a very large network of countries from the West and the Persian Gulf,” Marandi explained.

“The notion that Hezbollah was a new chapter and started the foreign involvement isn’t true. Fatwas threatening minorities not only in Syria but in neighboring countries left Hezbollah with no choice but to respond, and this is legal with respect to international law, and they came upon invitation by the Syrian government. It was Hezbollah’s decision and Iran didn’t dictate it. I say with confidence [Hezbollah leader] Sayyed Hassan [Nasrallah] has a lot of influence in Tehran. Hezbollah makes its own decisions; Iran supports Hezbollah because they are allies, but the Iranians have nothing to do with the decision.”

It’s obvious that a different point of view in this regard exists in Tehran; many believe that Hezbollah, at a minimum, would not have intervened without Tehran’s green light.

The Reformists’ elite voiced their concern in the beginning, but many of those who had an opposing view have been less vocal as of late, at least publicly, as the war has turned in Syrian President Bashar al-Assad’s favor.

Tehran University professor Sadegh Zibakalam told Al-Monitor, “Unofficially, those [Reformists] don’t like Hezbollah’s policies and interference in Syrian affairs.” Zibakalam, who is himself a Reformist figure, explained that from his point of view, Hezbollah’s decision to go to Syria was coordinated with Tehran: “I don’t think that Hezbollah would have taken the decision to go to Syria independently.”

A senior Iranian official told Al-Monitor that Hezbollah’s decision had the supreme leader’s blessing, but it was prompted by the group’s needs. “After almost two years of the crisis, Hezbollah decided to enter the Syrian war,” the official said. “This was because of several elements: the situation on the borders with Lebanon and the threats imposed on Lebanese citizens, Muslims and Christians, as in Qusair.”

The official added, “Our brothers in Hezbollah said clearly that whenever there are foreign terrorist groups in Syria, then they’ll continue to fight them based on their commitments toward the resistance bloc and the Lebanese people.” He elaborated, “It’s obvious that Hezbollah will leave Syria when the situation becomes less threatening for Lebanon. I’m sure Hezbollah’s role isn’t to be compared to [that of] terrorists and radical foreign groups, because wherever it entered, [Hezbollah] played a role in calming thing and stabilizing the situation.”

The main objective of Iran’s decision-makers is helping end the crisis through a political solution. That’s why officials in Tehran repeat, whenever they are dealing with the Syrian dilemma, that there’s a need for cooperation within all regional powers, even though these officials, including the one we interviewed, believe that without Hezbollah, today the situation could have been dire.

“The condition is better, the regime is strong and is already regaining control of thousands of kilometers,” said the official. “This wouldn’t have happened without the full cooperation of all those who believe in the resistance strategy — Syria, Iran and Hezbollah — along with political resilience that is being practiced by our allies in Russia and China.”