The website for Supreme Leader Ayatollah Ali Khamenei published a number of fatwas about the elections. 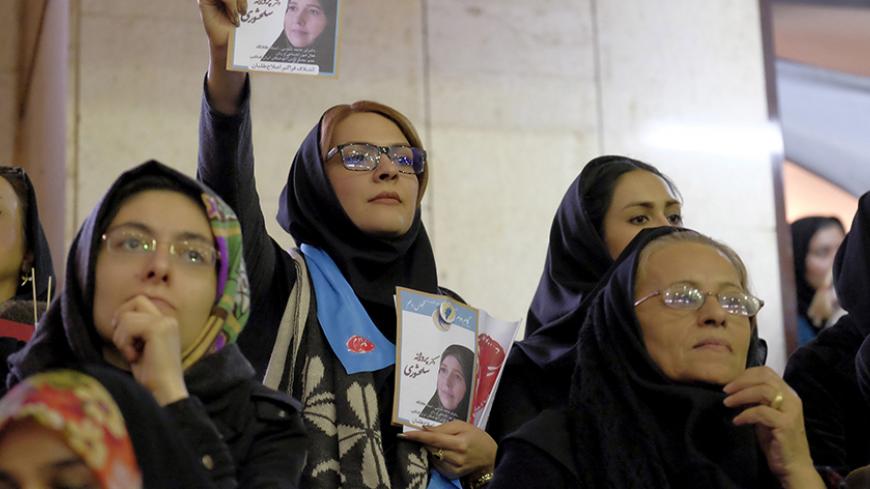 Iran’s Supreme Leader Ayatollah Ali Khamenei has had to play a balancing act in his calls for a large election turnout for the Feb. 26 parliamentary and Assembly of Experts elections. He has encouraged even those who do not accept the Islamic Republic system to show up to the ballot box. However, after the mass disqualification of candidates, he clarified those comments by saying that people who do not believe in the system should only vote, not run for office. In a series of fatwas, Khamenei has added another wrinkle to the elections: Those who vote should not turn in a blank vote if it will cause harm to the Islamic Republic.

Khamenei’s website published a number of religious-based questions regarding the elections that had been addressed to his office. The offices of many grand ayatollahs have websites where their followers can present questions on issues from daily routines to the existential and spiritual. The answers are considered fatwas by the ayatollah, and his followers are bound to follow it. While some of the questions and answers may not carry significant weight for those who are more secular minded, more traditional or religious families may continue to seek answers via this process.

It was asked if it was necessary for a female to seek her husband’s permission to vote because she has to leave her house. Also, if the husband does not give permission, what is a woman’s responsibility? The answer: The participation in elections is not subject to a husband’s permission.

On the issue of turning in a blank vote, whether in case the voter does not recognize the candidates or have enough knowledge about them, the answer was “Under any condition if giving a blank vote weakens the Islamic system, it is forbidden (haram).”

A blank vote can be a type of protest vote against the choice of candidates or the government itself, especially for those who feel obligated to vote. For individuals with government jobs, having an ink stain on the finger to show you voted is a sign of blending in at the office. Those without the ink stain can be viewed as having dissatisfaction with the government. Also, individuals who vote receive a stamp on their identifications cards, which are small booklets the size of a passport. While the stamp is to prevent someone from voting twice, an individual without any stamps in their booklet may be viewed with suspicion for future government positions.

In a number of statements in the past week, Khamenei has warned about foreign countries attempting to undermine the election process. Speaking on Feb. 17, Khamenei said that the United States and Israel have attempted to prevent Iranians from voting since the early days of the revolution. However, after not succeeding, they are now trying to undermine the Guardian Council, which vets candidates for the elections.

The latest issue of the Line of Hezbollah, a publication dedicated to analysis of Khamenei’s comments and positions, published an article called “British Instructions.” The article claimed that the British Broadcasting Corporation had a report about which candidates to vote for in the Iranian elections.