With one day left to the elections, Iranian officials asked voters to show up to the ballot box. 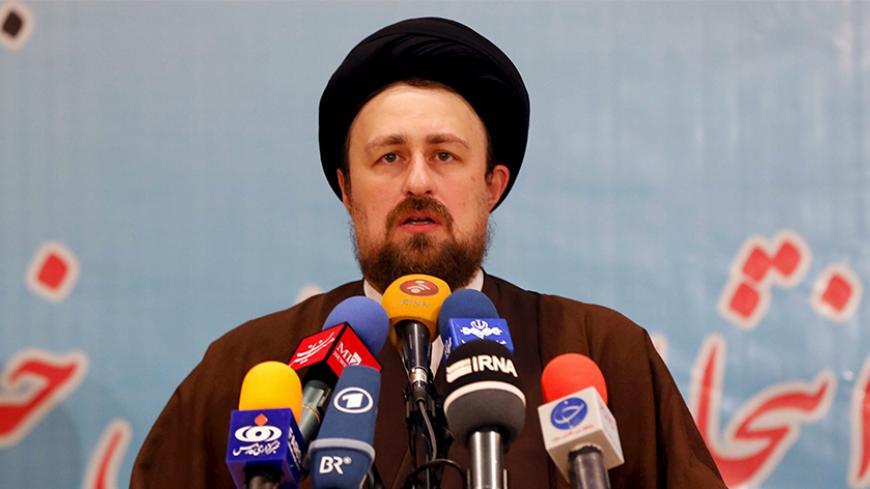 With one day left before the Feb. 26 parliamentary and Assembly of Experts elections, Iranian officials and political and religious figures made one last push to encourage voters to show up to the ballot box.

President Hassan Rouhani’s office sent a text message to voters, saying, “Dear people of Iran, the country needs your votes. Friday, Feb. 26, will determine a hopeful future for Iran.” At a Cabinet meeting, Rouhani again encouraged Iranians to vote in what he called "fateful" elections.

Despite being disqualified to run in the Assembly of Experts elections, Seyyed Hassan Khomeini — grandson of the founder of the Islamic Republic of Iran, Ayatollah Ruhollah Khomeini — encouraged people to vote. In a video message, Khomeini said, “Voting is both a duty and a right.” He continued, “The reality is that today if we ignore our society, we will take our future generations back [dozens] of steps.”

Perhaps addressing his own controversial disqualification or addressing some people’s displeasure with current policies or restrictions, Khomeini said, “It’s possible we’ve been oppressed, but we must not justify the oppression; under no condition should we accept the oppression.” He added, “Be certain that no one can fool all of the people forever.”

Official campaigning time ended Feb. 25 at 8 a.m. Iran time. Candidates are no longer permitted to advertise, neither in public squares nor on social media. According to Islamic Republic of Iran Broadcasting News, after the final withdrawals, there are 4,979 candidates left for the 290-seat parliament and 159 candidates for the 88-member Assembly of Experts.

There are 55 million eligible voters. There will be 120,000 ballot boxes at 52,000 voting stations with 19 observers at each voting station. Deputy Interior Minister Hossein Ali Amiri said that 110 million paper ballots have been provided.

Iran’s Interior Minister Abdolreza Rahmani Fazli said that people are free to vote in any city, but that if there are organized campaigns to bus voters into certain cities to sway the ballot box, it would be a violation and they would be confronted. Rasoul Montajebnia, deputy of the National Front, had previously said that conservatives were planning on using public institutions and locations to bus nearly 1 million voters into Tehran. Rahmani-Fazli said that even if they had such a plan, implementing it would be a challenge.