How Lebanese banks are handling US sanctions on Hezbollah

It remains to be seen whether US sanctions will hurt Hezbollah or merely inconvenience banks and their customers. 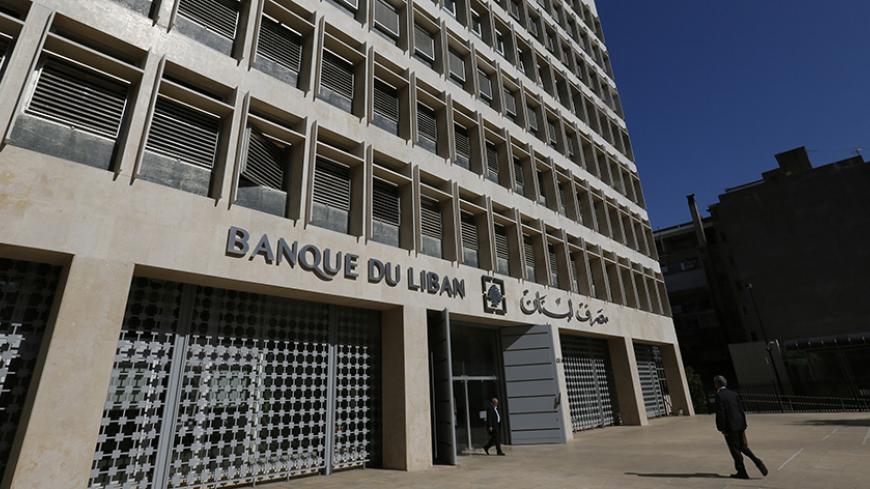 Several media and political reports in Beirut have addressed the impact recent US sanctions are having against Hezbollah. But so far, the reports appear to be much ado about nothing.

On Dec. 18, US President Barack Obama signed the Hizballah International Financing Prevention Act of 2015, imposing sanctions on foreign financial institutions that deal with Hezbollah and its affiliated Al-Manar TV channel.

In a Dec. 21 speech delivered on Al-Manar, Hezbollah Secretary-General Hassan Nasrallah cautioned institutions against panicking over the US measures. Nasrallah stressed that neither Hezbollah nor any of its institutions have financial accounts at any Lebanese bank. He also called on the Lebanese government to ensure that the sanctions do not harm Lebanese citizens or institutions.

A bank expert speaking on condition of anonymity told Al-Monitor that the US sanctions will not affect the Hezbollah party. Hezbollah has its own banking system, and most importantly, it does not deal with US currency, according to the expert.

Soon, however, the issue emerged again in the media as a result of two developments. First, there were several Lebanese media reports Dec. 31 that Lebanese banks refused to open new accounts for Hezbollah MPs and ministers who wanted to have the salaries they receive from the Lebanese state transferred to these accounts.

Second, Lebanese media reported Jan. 5 that a bank refused to open an account for the son of former Lebanese Environment Minister Wiam Wahhab, known for his support for Hezbollah.

However, Al-Monitor investigated these cases and found them to be imprecise and exaggerated.

An official source at the Central Bank of Lebanon told Al-Monitor that reports that the US sanctions apply to all money transfers were false. The source said the sanctions do not affect official government salaries paid in Lebanese pounds when they are transferred by the Lebanese Ministry of Finance to Lebanese MPs and ministers through Lebanese banks.

The source, who requested anonymity, said that only one such case took place a few days earlier and was immediately settled. The source said that a bank branch manager in early January asked Lebanese MP Ali Miqdad to close his government salary account and stop dealing with the bank, which the source did not name. Miqdad is from Hezbollah’s Lebanese parliament wing, Loyalty to the Resistance Bloc.

Meanwhile, Al-Monitor contacted Wahhab, who confirmed that what happened with his son was similar to Miqdad's experience. Wahhab explained that his son had visited a Lebanese bank branch, which he did not name, to open an account. Much to his son's surprise, the employee refused his request, with no justification or explanation.

For years, US officials have insisted that Hezbollah uses front groups to launder money. Even though that makes it difficult to identify Hezbollah contacts, the US holds banks responsible for doing so. That, the Central Bank of Lebanon official told Al-Monitor, could explain the extreme caution displayed by some Lebanese bank employees. They don't want to make any mistake that could lead their institutions to have legal problems with US authorities.

This is especially true given previous cases that led to significant banking crises. In 2011, US authorities accused the Lebanese Canadian Bank, a Lebanese bank, of being involved in a money-laundering operation with individuals close to Hezbollah. Consequently, the bank was liquidated and closed. The story made headlines in Beirut.

A similar situation happened in June 2015 with another Lebanese bank — the Middle East and Africa Bank. The US government accused bank administrators of dealing with terrorists; the Central Bank of Lebanon had to intervene and change the bank’s administration.

The anonymous Central Bank of Lebanon official told Al-Monitor that these experiences explain the extreme caution shown in the cases of Miqdad and Wahhab's son. The source concluded that US diligence in the financial and banking sectors across the world, including Lebanon, causes banks to err on the safe side instead of showing any kind of leniency.