Although the recent decisions by Gulf states to impose political and economic measures on Lebanon’s Hezbollah sparked concerns about the impact on the country’s economy, experts in the field say Lebanese banks will be able to overcome this phase. 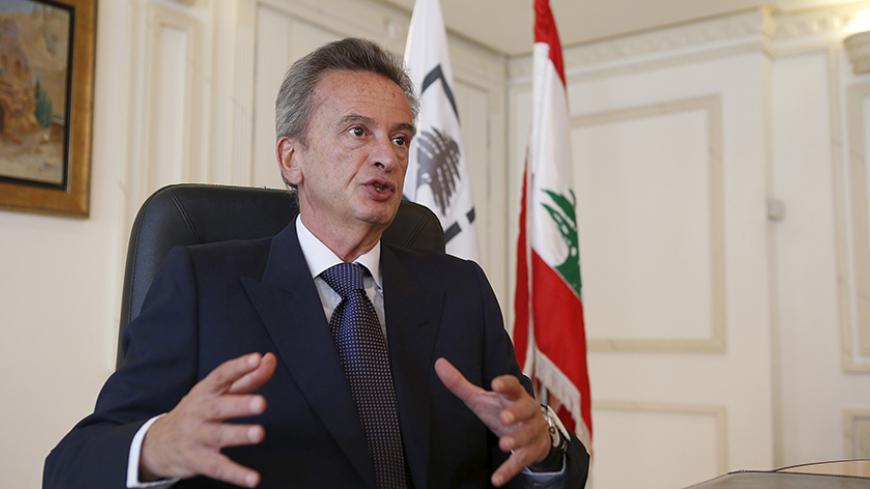 Gulf countries led by Saudi Arabia are upping the ante against Lebanese Hezbollah as well as companies and individuals affiliated with it. Political and economic measures taken by Arab countries, which come in the backdrop of increased tensions with Lebanon, could further damage the country’s already fragile economy.

On March 9, the Gulf Cooperation Council (GCC) discussed measures aimed at “confronting Hezbollah,” according to Saudi Foreign Minister Adel al-Jubeir. Gulf ministers had also decided on March 8 to take legal measures against TV channels affiliated with Hezbollah or its leaders. Lebanese newswire Naharnet reported that legal measures were applied to production companies, producers and all that falls under the umbrella of the media.

These decisions come in the wake of a move by Gulf countries to declare Hezbollah as a terrorist organization and cut $4 billion in aid to the Lebanese army and security forces.

Lebanon has long been caught in the midst of a rivalry between Shiite Iran and Sunni Saudi Arabia, exacerbated by the Yemen and Syria wars, where the two countries have picked opposing sides. Iran’s regional proxy Hezbollah, which is fighting in Syria alongside forces loyal to Syrian President Bashar al-Assad, is part of the Lebanese government with two ministers.

According to Naharnet, Riyadh is sanctioning individuals and companies for their links to Hezbollah. It reported that around 90 Lebanese citizens have also been fired from their jobs in Saudi Arabia. In addition, members of a Lebanese sports delegation traveling to the United Arab Emirates were refused visas by the UAE.

Lebanese bankers and economists say that while Lebanon’s economic situation continues to deteriorate, the risk to the system is still manageable. They, nonetheless, warn against more political shocks that would be detrimental to Lebanon’s economy as a whole and its robust banking sector.

Despite rising tensions between Lebanon and the Gulf states, US bank Merrill Lynch was quoted in a Lebanon This Week (LTW) report issued by Byblos Bank. The report expected that Saudi Arabia would remain an effective financial supporter of Lebanon.

The report further noted that Lebanese officials did not get a request by Saudi Arabia to withdraw its $1 billion deposit from the Central Bank, which was deposited in 2006 during the Hezbollah-Israeli conflict.

“Even if private Gulf depositors would withdraw their deposits from commercial banks, total nonresident deposits amount to $32 billion and are mostly owned by expats with some by foreigners, which means that the Lebanese banking sector can still handle it,” Nassib Ghobril, head economist at Byblos Bank, told Al-Monitor.

He said that Lebanese bank assets amount to $181 billion, while the Central Bank foreign reserves are $32 billion. “This means that if there were a massive shock, the Central Bank can withstand a rush on the Lebanese pound, especially since Lebanese deposits are mostly in US dollars,” a former banker told Al-Monitor on condition of anonymity.

About 65% of Lebanon’s deposits are in US dollars, according to Ghobril. However, according to international rating agency Moody’s, quoted in the same Byblos Bank report, despite Lebanon’s capability to sustain Gulf states' withdrawals from a financial standpoint, such a move would signal that the Gulf states would not support Lebanon in case of a liquidity crisis.

A more pressing concern is the possibility for GCC states to begin expelling Lebanese workers residing in their countries. Remittances in 2015 amounted to $7.5 billion and accounted for 15% of the gross domestic product.

“Remittances contribute to the Lebanese banks’ deposit growth, which allows them to finance the public debt. This means that the growth rate of deposits needs to be maintained over a certain level to keep financing the state’s needs,” the former banker said.

An opinion also shared by Moody’s, which considered that increased tensions could impact negatively the Lebanese diaspora if a visa freeze policy was implemented and, consequently, cause a slowdown in remittances.

Sanctions by the Gulf states could also reverberate on trade flows, as, according to the LTW report, Lebanon exports a third of its production to Gulf countries. Moody’s had warned that disruption of trade flow could significantly affect Lebanon.

The impact is nonetheless limited in both the tourism and real estate sectors. “Gulf residents have exited for the most part the Lebanese real estate sector and have been putting their assets up for sale for years now,” Ghobril said.

The importance of Gulf tourism was highlighted by a report published in 2015 by the Committee of the World Tourism Organization for the Middle East quoted by The Daily Star. According to the report, “Tourism activity in Lebanon grew by 21% in the first three months of 2015 compared to the same period in 2014.”

The “remarkable growth,” according to The Daily Star, was attributed to a successful winter skiing season, which drew an increased number of tourists to the country and the lift by GCC countries of travel advisories on Lebanon, which were issued after security deteriorated in the country following a spate of suicide car bombings linked to the crisis in Syria.

Gulf countries are not alone in sanctioning Hezbollah. On Dec. 18, 2015, US President Barack Obama signed the Hizballah International Financing Prevention Act of 2015, imposing sanctions on financial institutions that deal with Hezbollah and its affiliated Al-Manar TV channel.

“Lebanese banks are abiding by the Prevention Act and comply immediately if a name is blacklisted,” another source in the banking sector told Al-Monitor on condition of anonymity.

Lebanese banks are thus treading carefully, as US authorities in the past have forced the closing or the restructuring of banks involved with Hezbollah, as was the case in 2011 with the Lebanese Canadian Bank involved in a money-laundering operation with individuals close to Hezbollah, and in June 2015 with the Middle East and Africa Bank.

Much of Lebanon’s resilience has been built on the economic power of its diaspora and its banking sector. Lebanese politicians cannot afford to draw Lebanon’s economy, which is already fragile due to the political deadlock and lack of reforms, in their confrontation with the United States and Gulf countries, as the cost would be too high on Lebanon’s entire population.