The House Foreign Affairs Committee unanimously passed new sanctions on Hezbollah after removing some provisions that might have been harmful to Lebanon's economy. 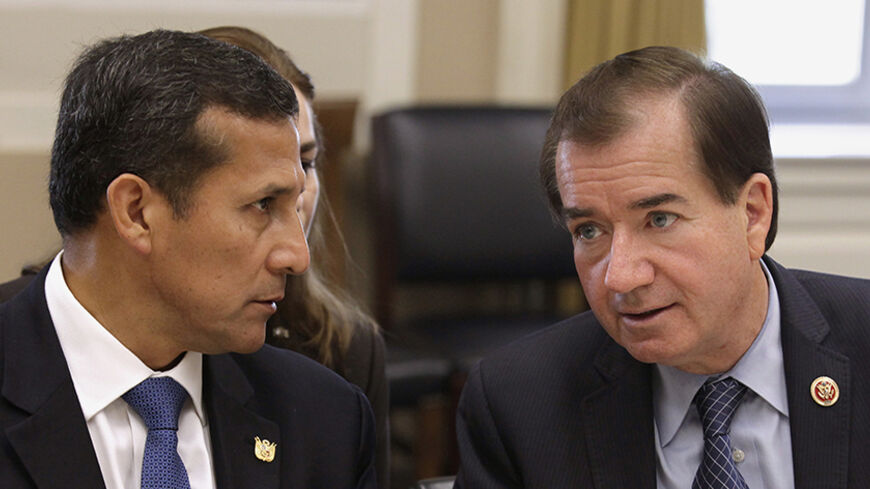 The sanctions bill, whose substance was largely unchanged, sailed through the House Foreign Affairs Committee on a unanimous voice-vote on June 26 with strong support from the pro-Israel lobby American Israel Public Affairs Committee (AIPAC).

Chairman Ed Royce, R-Calif., however, offered a substitute that strips a series of nonbinding congressional "findings" from the bill that Lebanon warned could further destabilize the country, multiple sources told Al-Monitor.

The bill, which was first reported by Al-Monitor, urges the Barack Obama administration to turn the screws on financial institutions — including the central banks of Lebanon and other nations — as well as media providers accused of aiding the Shiite militia and its media arm, Al-Manar. It was originally co-sponsored by Reps. Mark Meadows, R-N.C., and Brad Schneider, D-Ill.

One of the deleted sections would have highlighted Congress' belief that "Hezbollah's global logistics and financial network serves as a lifeline to the organization, and enables it to consolidate power within Lebanon and provides it with the capabilities to perpetrate complex attacks internationally."

Another would have identified Al-Manar as a "Lebanese satellite television station affiliated with Hezbollah broadcasting from Beirut, Lebanon."

Lebanon's financial sector is a major source of income for the tiny country, and the legislation has sparked concerns that its private financial institutions and its central bank could be at risk.

Congressional aides said Hezbollah's history is well-known and doesn't need to be reiterated, while lawmakers made clear they're under no illusions about who supports the organization, which the State Department deems to be a terrorist group.

Freshman Rep. Grace Meng, D-N.Y., said "far too many countries" are allowing Hezbollah to operate with impunity. The bill contains a provision she sponsored that targets countries that refuse to cripple the terrorist group’s fundraising, money laundering and global logistics networks.

"This provision is particularly important in the Hezbollah context, because there are far too many countries that outwardly condemn Hezbollah’s military and terrorist activities while privately fostering environments where Hezbollah can operate politically and financially," Meng said. "Well no more, not if you want to do business with the United States."

The bill gives the Treasury Department 120 days to prohibit the US accounts or "impose strict conditions" on the accounts of any foreign financial institutions — including central banks — that knowingly facilitate the activities of Hezbollah, including money laundering. The department can waive those requirements for "national security interests" but must inform Congress.

The new bill eliminates a separate section on central banks that required Treasury to identify any central banks found to be supporting Hezbollah. The original legislation allowed sanctions to be avoided if the central bank could demonstrate that it has stopped or "taken significant verifiable steps" to terminate such activity and the foreign government has provided "reliable assurances" that support for Hezbollah won't continue in the future.

The bill further gives the president 30 days to determine whether Hezbollah meets the requirements for designation as a significant narcotics trafficker under the Foreign Narcotics Kingpin Designation Act or a significant transnational criminal organization. Both designations would give the government more authorities to target the group. It also requires the secretary of state to submit a report within 120 days on Hezbollah's involvement in the trade of conflict diamonds.

AIPAC has made the bill a legislative priority for this congressional session.

"AIPAC commends the House Foreign Affairs Committee for adopting critical legislation to cut off the terrorist group Hezbollah from the international financing system," the group said in a statement urging the Senate to follow suit.

Sens. Jeanne Shaheen, D-N.H., and Marco Rubio, R-Fla., introduced companion legislation last month, but the Senate Banking Committee, which has jurisdiction, has yet to indicate an interest in bringing it up. A vote on the House floor could take place shortly after lawmakers return from the July 4 recess.