A bipartisan Senate bill would require the State Department to report on countries that harbor the Shiite militia. 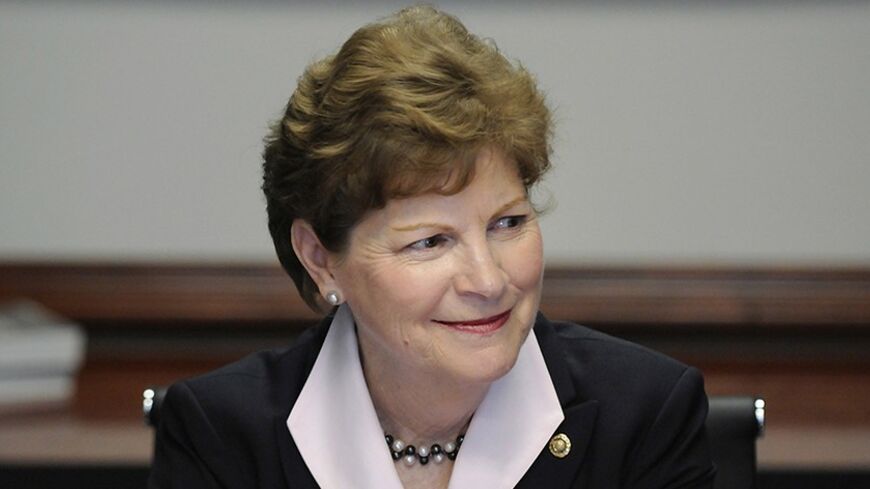 A bipartisan group of senators introduced legislation on Tuesday requiring President Obama to report on countries that harbor Hezbollah and determine whether they're doing all they can to snuff out the Shiite militia.

The Senate bill, like the House version, calls for sanctions against financial institutions — including central banks — that knowingly facilitate Hezbollah's illicit activities, including money laundering, and targets providers that knowingly transmit the militia's propaganda channel, Al-Manar TV. It also requests the president consider adding Hezbollah to the list of significant narcotics traffickers or significant transnational criminal organizations, both designations that would give the government more authorities to target the group.

Section 104 of the bill further requires that the president spell out which of those countries are taking "adequate measures" to "disrupt" Hezbollah's activities; for those countries that fail that test, the president must assess the reasons why and what the US government is doing to remedy the situation.

"The major difference is that this bill has some technical differences to target, to the greatest extent possible, Hezbollah’s enablers," a Senate aide told Al-Monitor. "To this end, we added a reporting requirement examining third party support to Hezbollah’s financial and logistics networks."

As with the House bill, the bill's sponsors said Hezbollah's support for the Assad regime in Syria was a main trigger for the legislation.

“Hezbollah is one of the world’s most dangerous terrorist organizations and we must block the group’s access to financial and logistic support,” Shaheen said in a statement. “In addition to being responsible for the murder of hundreds of American citizens, Hezbollah continues to sponsor terrorism across the globe and destabilize the Middle East, particularly through its support to President Bashar al-Assad’s brutal regime in Syria. This legislation makes clear that Hezbollah’s supporters and enablers will face consequences.”

Rubio also made it clear the legislation is indirectly aimed at Iran.

"From the Middle East to our own hemisphere, Hezbollah, backed by its state sponsor Iran, threatens the United States, our allies, and our interests,” Rubio said in a statement. “This legislation highlights the diverse illicit activities Hezbollah engages in to finance its operations and ensures that the United States is using all the tools at our disposal to shut down its networks, wherever they exist.”

Both lawmakers are members of the Senate Foreign Relations Committee and have staked out aggressive positions when it comes to Hezbollah.

Shaheen was an original co-sponsor of a 2012 bipartisan resolution urging the European Union to designate Hezbollah as a terrorist organization. She is running a tight re-election race in New Hampshire against former Republican Sen. Scott Brown. Brown, an Army National Guard veteran who retired Tuesday with the rank of colonel after 35 years of service but no front-line deployment, repeatedly highlighted his military service in his losing 2012 re-election race against Elizabeth Warren in neighboring Massachusetts.

Rubio, for his part, has long called for a more aggressive US stance in Syria as he considers a run for the White House. He voted in the Senate Foreign Relations Committee last year for a bill authorizing the Obama administration to arm vetted rebel groups and co-authored legislation to provide the rebels with nonlethal equipment and training and target foreign financial institutions that support the Syrian government and the country's central bank.

The House bill was introduced by Reps. Mark Meadows, R-N.C., and Brad Schneider, D-Ill.; it has the support of committee Chairman Ed Royce, R-Calif., and ranking member Eliot Engel, D-N.Y.