The Syrian opposition incurred heavy losses during a recent regime attack on the key city of al-Shaykh Maskin, but it is already regaining ground as power quickly shifts from one side to the other. 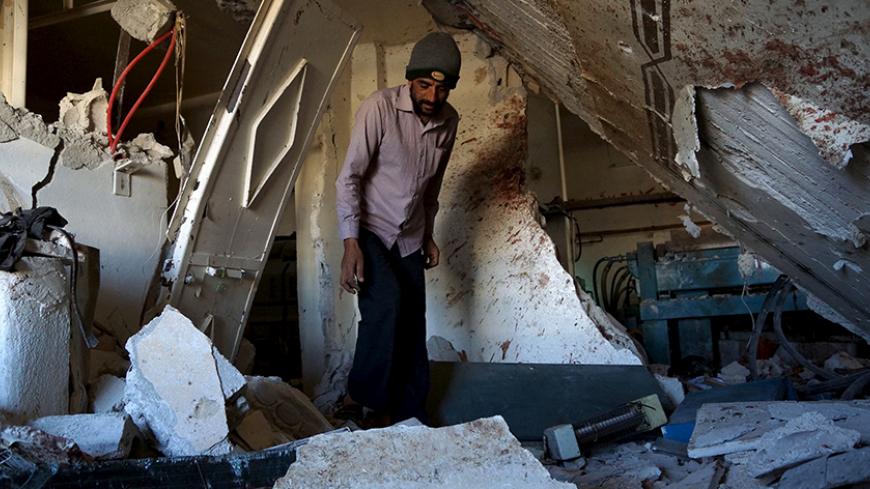 DAMASCUS, Syria — Syrian regime and opposition forces are waging a fierce battle over al-Shaykh Maskin in southern Syria, a city critical to control of the old road between Damascus and Daraa and other essential supply and access routes.

Opposition forces and Jabhat al-Nusra had controlled the area for a year when the Syrian army launched an attack Nov. 14, supported by the Russian air force and Lebanese Hezbollah fighters. The army regained control of the Brigade 82 base near al-Shaykh Maskin and of Tel al-Hash in the city’s northwest. Taking control of the Brigade 82 base paved the way for the regime to advance toward the northeastern district of al-Shaykh Maskin, but since then, the momentum has swung back and forth between the two sides.

Syrian Arab News Agency SANA said Jan. 5 the Syrian army had gained control of 60% of al-Shaykh Maskin, which is about 14 miles from Daraa city and 50 miles from the capital of Damascus. “The opposition fighters and Jabhat al-Nusra launched numerous attacks against the Syrian army, which was able to foil them,” the agency said.

But as of Jan. 6, according to the opposition-affiliated Orient Net website, the opposition had progressed and dealt several losses to the Syrian regime forces. The website added that preparations were in full swing among opposition fighters to regain total control of Brigade 82, one of the Syrian army’s largest military bases and a consistent battle front between the two sides.

Ahmed Abu al-Shaim, one of the Islamic Muthanna Movement leaders participating in the opposition battalions’ operations in al-Shaykh Maskin, told Al-Monitor Jan. 3 via Internet on the Hangout app, “The regime and its supporters are mobilizing their troops near Brigade 52 southeast of al-Shaykh Maskin, and in the southwest near the city of Daraa, in a bid to distract the efforts of our forces.”

“The regime and its supporters led us to suffer major material and human losses,” he added.

Abu al-Shaim said that one of the most prominent field commanders in Hezbollah, known as al-Shabah (Arabic for "the Ghost"), was among the dead, according to regime-controlled Izra city hospitals. The hospitals receive wounded from the regime forces and bodies of regime fighters. Hezbollah, however, has yet to confirm the news.

Al-Shaykh Maskin city is strategically located at a crossroads between the provinces of Suwayda, Quneitra and the Damascus countryside, as well as the city of Daraa. Also, the city had once served as the largest regime bastion to defend the capital from any threat coming from the south — Israel and the opposition fighters.

Asked about the importance of the city for opposition fighters, a Damascus-based journalist who specializes in military affairs and known under the pseudonym Maxim Nasr, told Al-Monitor, “The presence of opposition fighters in al-Shaykh Maskin city can serve as a springboard to launch attacks against regime forces in nearby towns, especially Izra.”

Nasr added, “The Syrian army’s control of al-Shaykh Maskin enables it to control supplies in the entire southern region (Daraa, Suwayda and Quneitra), Damascus and its environs. This allows it to advance toward the vicinity of Daraa city, given that al-Shaykh Maskin city constitutes a strategic defense line for the armed opposition factions. This also leads the Syrian army to control the [old road between Damascus and Daraa], as well as the supply route between the two opposition bastions in the towns of Nawa and Busra al-Harir.”

It should be noted that the opposition-controlled town of Busra al-Harir, located 12 miles east of al-Shaykh Maskin and about 55 miles southeast of Damascus, serves as a gateway for the opposition to the regime-controlled Suwayda province. In April, the regime had failed to control this town following several attempts aimed at opening a supply route between the Izra town in the countryside of Daraa and the Suwayda province and blocking al-Lajat countryside road before the opposition forces.

According to Nasr, the Syrian regime forces launched their attack on al-Shaykh Maskin after the opposition tried to advance north toward al-Suhailiya.

Controlling that area “interrupts the regime forces’ supplies into Daraa and consequently leads the province center to fall in the hands of the opposition," Nasr said. "This paves the way for the opposition to advance toward the southern Damascus countryside," which is why the regime forces launched a pre-emptive operation, he added.

Khaled al-Matrood, editor-in-chief of the regime-affiliated al-Boseleh website, said in a Jan. 2 interview with Al-Mayadeen channel, “Preparations are in full swing to entirely liberate the southern region, starting with al-Shaykh Maskin gateway, Ebtaa, Dael and Etman in the south near the city of Daraa, all the way to the area adjacent to the Quneitra countryside, especially the towns of Tel al-Hara, Enkhel and Jassem.”

In light of the military developments witnessed on the battle fronts, al-Shaykh Maskin, the fourth-largest and fourth-most-populated city in Daraa province, is witnessing a large exodus toward nearby villages and towns such as Ebtaa, Dael and Tafas, according to a resident of al-Shaykh Maskin who requested anonymity. The resident, whom Al-Monitor contacted via Skype, also confirmed that food supplies and medicines were running out.