Instead of working the diplomatic front and dialoguing with Sweden about the incendiary statement by Foreign Minister Margot Wallstrom, reactions from Israel's Foreign Ministry have been uncoordinated and emotional. 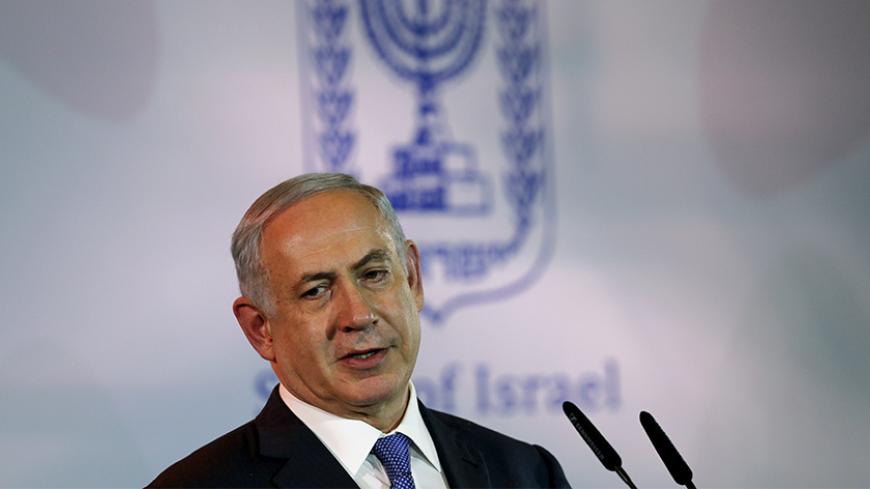 Swedish Foreign Minister Margot Wallstrom was quoted Jan. 12 in the Swedish media as demanding an investigation into the circumstances under which Palestinians were killed by Israeli security forces in the current wave of violence. Her comment generated furious reactions in Israel that reflected a grim absence of coherent and effective foreign policy in the diplomatic battle with the Palestinians.

In a formal response to Wallstrom’s comment, which was similar to others she has made in the past, Sweden’s ambassador to Israel was summoned to the Foreign Ministry for a reprimand. But even as Israel was taking its required official measure, senior Likud figures made a wild, unfocused and ineffective attack that served their political needs but could be damaging to Israeli foreign policy.

Science Minister Ofir Akunis, for example, suggested recalling the Israeli ambassador from Stockholm to Jerusalem for “consultations.” Recalling an ambassador is an extreme measure reflecting a deep diplomatic crisis. This comment by the Swedish foreign minister, severe though it may be, to our best knowledge does not reflect the views of the entire Swedish government and thus does not appear to merit such a move. In any case, Akunis, who does not have any official role in foreign policy, spoke of his own accord and added fuel to the fire.

The embarrassing reaction of Deputy Foreign Minister Tzipi Hotovely, reflecting her own views and voiced without consultation with her ministry staff, was more serious. Hotovely launched a sharp all-out attack on Sweden, accusing it of encouraging terrorism and the Islamic State organization. Hotovely even declared that in the wake of Wallstrom’s remarks, Israel would close its gates to official visits from Sweden.

Astounded, the Israeli Foreign Ministry was quick to issue a clarification to prevent further deterioration of Israel's relationship with Sweden, saying there had been no decision by the Foreign Ministry to cancel Swedish visits. Hotovely herself also tried to mend the rift, and her office made clear that she had meant that only Wallstrom and her team would not be allowed in.

This is what happens when there is no full-time foreign minister and the prime minister, who fills the role, doesn’t really like his deputy and isn't in tune with her.

Another contributor to the assault on Sweden is former Foreign Minister Avigdor Liberman, who does not hold any office but whose past as foreign minister lends a certain international resonance to his reaction. In media interviews, Liberman called on Israelis to boycott Ikea and accused the Swedes of double standards, institutionalized anti-Semitism and collaboration with Nazi Germany. The Israelis, by the way, were not impressed and have continued to throng the stores of the popular Swedish furniture chain.

Netanyahu has no control over Liberman, but he should have control over his Cabinet ministers who leveraged the incident with Wallstrom for their political needs. As far as Israel’s foreign policy goes, it makes no sense to pull in different directions.

As for the prime minister himself, he took advantage of the scheduled meeting with the foreign press on Jan. 14 to launch an attack on the Swedish foreign minister. Netanyahu labeled her remarks scandalous, immoral, unjust and misleading, and he wondered out loud, “People are defending themselves against assailants wielding knives who are about to stab them to death … and that’s extra-judicial killings?” All in all, his reaction was reasonable. He did not lash out at the Swedish government or announce a recall of the Israeli ambassador, nor did he call for a boycott of Ikea. He defended Israel’s conduct in the face of the so-called lone-wolf terrorism.

The problem is not with this reaction, but with the fact that Israel does not have an effective foreign policy vis-a-vis the diplomatic tsunami it is facing. It has, instead, domestic policy and political interests of this or that minister or, sometimes, of the prime minister himself. Therefore, when it responds to harsh comments by the Swedish foreign minister, Israel’s reaction is emotional and wrong.

Netanyahu, of all people, the No. 1 expert on public diplomacy, should understand that instead of generating a diplomatic crisis with Sweden, Israel should be trying to explain its side of things to the Swedes, and to Europeans in general. Instead of threatening to shut Israel’s gates to official Swedish visits, Israel should be inviting the Swedes in and showing them what it’s like to live in the constant shadow of terror.

A Jan. 11 meeting between Deputy Knesset Speaker Yoel Hasson of the Zionist Camp and Deputy Speaker of the Swedish parliament Esabelle Dingizian is a good example of how Israel should be conducting itself.

Dingizian was in Israel as part of a large Swedish delegation, arriving the day before the scandal du jour with her country’s foreign minister. Even without the latest contretemps, the meeting would have been overshadowed by the tensions between the two countries ever since Sweden recognized a Palestinian state in 2014.

“I told her that the minute Sweden decides to take sides, it actually takes itself out of the sphere of influence in the Middle East,” Hasson told Al-Monitor. “I also said that unilateral moves do not promote resolution of the conflict; instead they give the Palestinians an excuse not to enter into negotiations with us. When I told her that I think the Swedish foreign minister is wrong, she answered that she understands me and is not at all certain the things reflect the whole [Swedish] government’s views. I also spoke with her about the [boycott, divestment and sanctions movement] and told her that boycotting plants in the settlements hurts perhaps 1% of Israel’s economy, but directly hurts thousands of Palestinians who work there.

“I came away with the feeling that what I said about BDS in the settlements made an impression and influenced her,” he added. “This, in my view, is the way to conduct Israeli public diplomacy: to invite as many Swedish parliament members as possible to visit and not to boycott them. This kind of wild behavior is the exact opposite of what we should be doing now. It’s OK to rebuke the Swedish ambassador, because what the foreign minister said is outrageous and illogical. But if I were Netanyahu, I would invite all of Sweden’s leaders to visit, meet with them and present our case to them. We can prove to them that they are missing out.”