Bilateral diplomatic relations between Israel and Sweden had deteriorated after Stockholm recognized Palestine in 2014, but now both countries seem eager to rehabilitate ties. 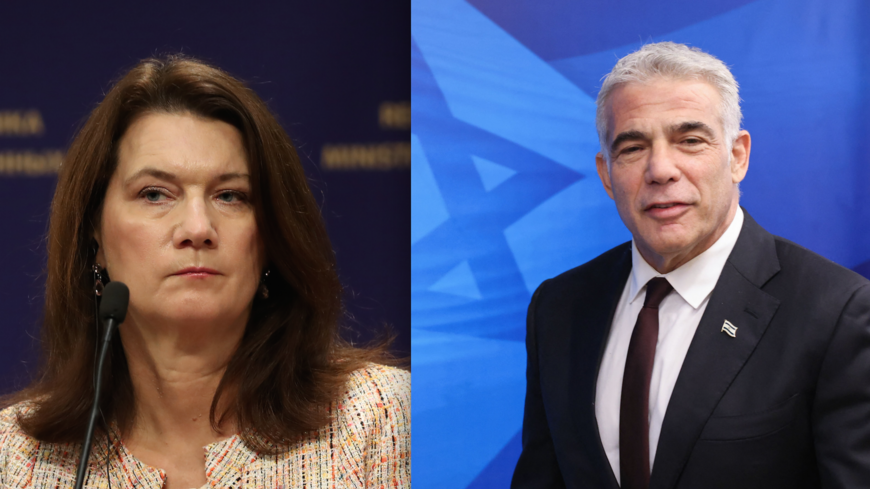 A split image shows Israeli alternate Prime Minister and Foreign Minister Yair Lapid arriving to attend the first weekly Cabinet meeting of the new government in Jerusalem, on June 20, 2021, and Swedish Foreign Minister Ann Linde during a joint press conference with Turkish Foreign Minister Mevlut Cavusoglu after their meeting at the Foreign Ministry headquarters in Ankara, Turkey on Oct. 13, 2020. - AFP via Getty Images

Foreign Minister Yair Lapid announced this morning he had spoken on the phone with his Swedish counterpart, Ann Linde, ending a seven-year diplomatic rift between the two countries. "I spoke with Ann Linde, the Minister of Foreign Affairs of Sweden. This phone conversation, the first in 7 years between the Foreign Ministers of our countries, symbolizes the relaunching of relations at this level," tweeted Lapid.

Lapid then said he "appreciates" Linde’s statement "regarding Sweden’s strong and solid commitment to the security of Israel and her recognition in the course of our conversation of Israel as the homeland of the Jewish people. We discussed Israel’s participation at the Malmo Forum on Holocaust remembrance. I look forward to increased cooperation with Sweden on bilateral and multilateral issues."

A phone call between two foreign ministers might seem a banal affair. Truth is, the diplomatic ties between the two countries had deteriorated significantly in the past few years. In 2004, for instance, Ambassador Zvi Mazel vandalized a Stockholm art exhibit that allegedly glorifies Palestinian suicide bombers. Then-Prime Minister Ariel Sharon praised Mazel for his act, saying the "entire government stands behind him."

In October 2014, Sweden was the first European Union member to recognize the state of Palestine. At the time, the move was officially announced by then-Foreign Minister Margot Wallstrom, but it did not come as a surprise. Then-Sweden’s Prime Minister Stefan Lofven had announced as much in his inauguration speech. Jerusalem, in reaction, recalled its ambassador to Stockholm, Isaac Bachman. He returned to Stockholm one month later, but the damage was done and relations continued to deteriorate.

But the most spectacular diplomatic row broke out in December that year when then-Foreign Minister Avigdor Liberman said he would boycott an expected visit to Israel by Wallstrom over the Swedish recognition of Palestine. "It is too bad that the government of Sweden has chosen to adopt the measure that does a lot of damage and has no benefits. Sweden must understand that relations in the Middle East are a lot more complex than the self-assembly furniture of IKEA," noted Liberman. “I think it’s a sign of a sense of humor, and I will be happy to send him a flat pack of IKEA furniture and he will also see that what you need to put that together is, first of all, a partner,” Wallstrom said in response.

Liberman saw little humor in the matter, nor did the foreign ministers that succeeded him. Israeli diplomats serving in Brussels had noted on multiple occasions that Sweden was not only voting in favor of anti-Israeli decisions adopted by the European Union but was actually initiating them and pushing in that direction. With that, Jerusalem considered Stockholm an enemy within Europe.

The first sign of change came in May of this year during the Guardian of the Walls Operation against Gaza. Benjamin Netanyahu was still prime minister but already on his way out. European foreign ministers, including Sweden, pushed for a common official declaration to condemn the fighting. That did not happen, because Hungary objected. Then, on May 20, the Scandinavian countries published a Joint Nordic statement. And while the statement condemned the escalation, it also criticized Hamas for firing rockets at Israel. "We continue to strongly condemn the indiscriminate and recurrent firing of rockets into Israel by Hamas or any other group in the Gaza Strip. We recognize Israel’s legitimate right to protect itself and its citizens," read the statement.

On his July trip to Brussels, Lapid did not meet separately with Linde. Rather, he met with German Foreign Minister Heiko Mass, French Foreign Minister Jean-Yves Le Drian and Holland's Sigrid Kaag. Linde, from her side, expressed openness toward the new Bennett-Lapid government. Speaking to the press before entering the large meeting between Lapid and the European foreign ministers, Linde said she was looking forward to the encounter. "It’s all about having even better relations between the EU and Israel," she said.

Israel has now a new ambassador to Stockholm, Ziv Nevo-Kulman, who strives to find common ground and repair bilateral relations without ignoring the obvious political divide on the Palestinian issue. The phone call between Lapid and Linde established political willingness of both sides to take that road. Nevo-Kulman has already a long list of ideas and initiatives that could further this objective.

Israel’s President Isaac Herzog is expected to visit Sweden in mid-October to participate at the Malmo International Forum on Holocaust Remembrance and Combating Anti-Semitism. Sweden had experienced a sharp rise in anti-Semitism in recent decades, especially on the backdrop of the Israeli-Palestinian conflict but not only. The Swedish government, for its part, had been investing great efforts in trying to tackle this phenomenon. Now, instead of focusing on the diplomatic rift, the visit of Herzog will offer both Jerusalem and Stockholm an opportunity to focus on an issue both governments consider essential. 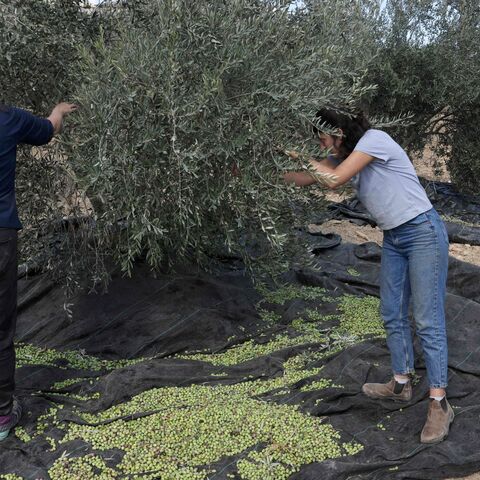