Former IDF Chief of Staff Gabi Ashkenazi has just been cleared of a five-year legal affair and might be considering joining Israeli politics. 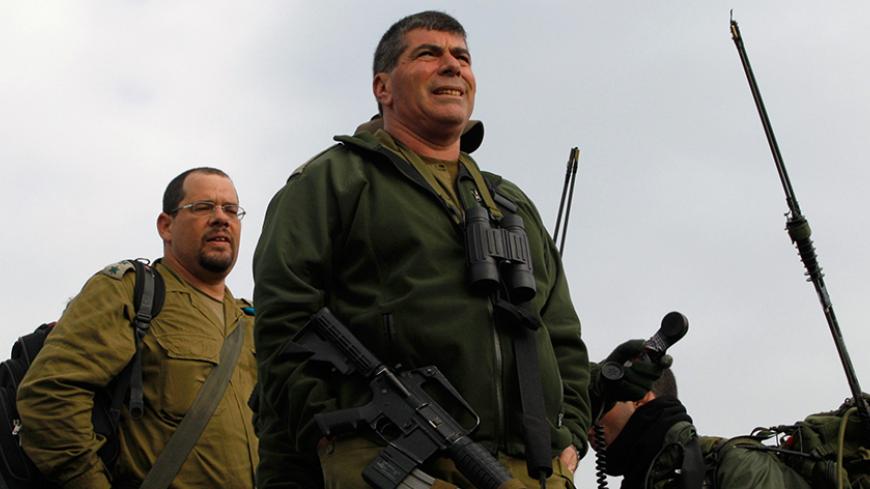 In the months that immediately followed the 2013 election, the Labor Party under Shelly Yachimovich was left licking its wounds after another resounding failure at the polls. At the time, former Chief of Staff Gabi Ashkenazi was mentioned as someone who could pull the party out of its morass and lead it back to power.

Proponents of the idea included former minister and then-Knesset member Binyamin Ben-Eliezer and the Chairman of the Histadrut Labor Union Ofer Eini. Both Eini and Ben-Eliezer were close to Ashkenazi, who ranked high in popularity polls. They both believed that he could extract himself from the public imbroglio he had gotten into as a result of his fierce disagreements with Minister of Defense Ehud Barak. Eini and Ben-Eliezer were supposed to be Ashkenazi’s turbo engines, when he ran in the primaries for head of the Labor Party. They planned to present the former chief of staff as an updated version of Yitzhak Rabin in 1992 and of Ehud Barak in 1999 — former generals appointed chair of the party who managed to bring the party back to power.

At the time, Eini and Ben-Eliezer also claimed, and rightly so, that the Harpaz scandal (allegedly involving Boaz Harpaz, an associate of Ehud Barak, and forged documents concerning Ashkenazi's successor) was only of interest to the press. The story was too convoluted to interest the public and affect its attitudes toward Ashkenazi. Polls conducted at the time, including polls immediately following the release of the first draft of the State Comptroller’s serious report about Ashkenazi in March 2012, proved that his popularity barely suffered as a result of the scandal. On the contrary, the public remembered him fondly for rehabilitating the Israel Defense Forces after the Second Lebanon War in 2006, with its controversial results. In other words, even after he got himself entangled in the Harpaz affair, Ashkenazi was still a hot political item. He had the reputation of a folksy figure who was not afraid of conflict, but also as someone with moderate political views. In the leadership vacuum in the center-left, Ashkenazi stood out.

Even with the law requiring military brass to have a “cooling off” period before they enter politics, Ashkenazi would have been eligible to run in February 2014. Nevertheless, he was in no hurry. He enjoyed being courted by politicians, and explained that he would not take any action until the entire Harpaz affair was over. That finally happened Jan. 20, more than five years after it all began. Attorney General Yehuda Weinstein announced that he would not be indicting Ashkenazi over the Harpaz affair. Nevertheless, it is not at all certain that the former chief of staff will indeed enter politics, and even if he does, it is still not certain that he will do so as part of the Zionist Camp (previous the Labor Party). Eini and Ben-Eliezer are no longer there to pave the way for him, and current Chairman Isaac Herzog has no intention of giving up his seat without a fight. Meanwhile, Herzog made do with tweeting congratulations to Ashkenazi now that the case against him has been closed.

Chairman of Yesh Atid Yair Lapid also took to Twitter to congratulate Ashkenazi, though in his case it is more than highly likely that a personal conversation was also involved. Lapid has been courting Ashkenazi for months. He is offering him the No. 2 spot in the party in the next elections and naming him as Yesh Atid’s candidate for defense minister. But as we have already noted, Ashkenazi is in no hurry. The very fact that Lapid is so interested in him shows that he is still popular with the public and, therefore, a valuable asset. This is especially true since Lapid suffers from a dearth of security credentials. He needs people like Ashkenazi to draw voters from the moderate right. Then there is the fact that Ashkenazi is of Middle Eastern origin (Mizrahi in Hebrew) on his mother's side — a factor that could help Lapid shatter Yesh Atid’s reputation as a party of Israeli Jews of European origin (Ashkenazi in Hebrew).

The bottom line is that the Harpaz affair did not destroy Ashkenazi’s public career. He can even use it now to his political advantage by claiming that Ehud Barak and Prime Minister Benjamin Netanyahu tried to eliminate him out of fear that he might threaten their status. Furthermore, the attorney general’s decision to close the criminal case against him could become a badge of integrity. Even after the authorities listened to 100,000 recordings of phone calls he made as chief of staff, they found no evidence to indict him. Nevertheless, it is also worth noting that the report released by Weinstein this week refers to a behavior that was allegedly harmful to national security. This means that if Ashkenazi does decide to enter politics, he will need the skin of an elephant to withstand all sorts of artillery attacks. The big question is whether the former chief of staff has what it takes. Can he contend with a brutal, highly focused campaign against him? The way things seem now, the answer is no. Ashkenazi’s actions over the past few years indicate that he lacks this ability. He is easily insulted, extremely sensitive to criticism and wary of every word written about him. These particular traits only grew more pronounced as a result of the Harpaz affair. In many ways, the former chief of staff is now an exhausted man. It is not at all sure if he still has the appetite needed to wage a campaign for the office of prime minister.

“Ashkenazi neither looks nor sounds like someone with an urgent need to get into politics and prove something. He needs time,” a political figure who spoke with him told Al-Monitor on condition of anonymity. Fortunately for Ashkenazi — and for the politicians courting him, too — there are no elections on the horizon. In other words, he is under no pressure to decide right now.

Given the current leadership crisis within the political center-left, Ashkenazi will likely be courted by these parties up until the next election. His name will come up again and again as a potential partner in all sorts of political alliances, whether it is with Yair Lapid, Isaac Herzog or even Gideon Saar of the Likud. After all, they all share one main objective: removing Netanyahu from power.