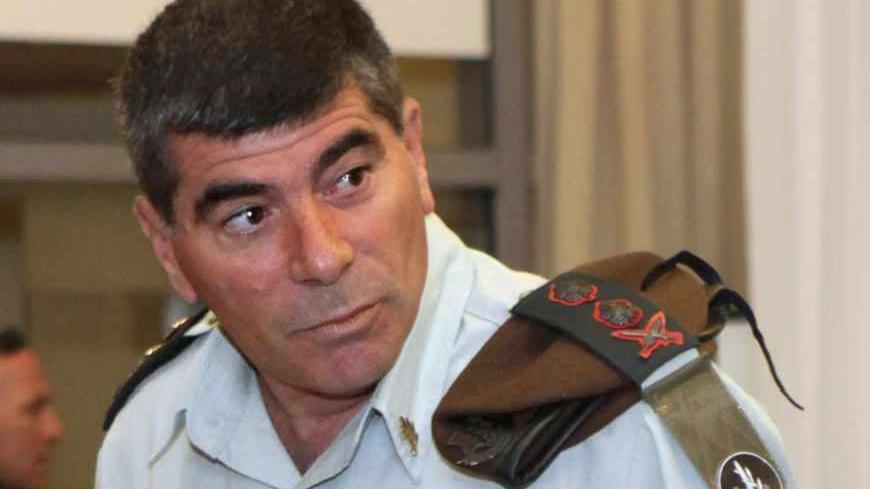 Last week, two heads of Labor party local branches approached an associate of former IDF chief-of-staff Lt. Gen. (Res.) Gabi Ashkenazi. They asked him to arrange a meeting for them with Ashkenazi to talk him into running for the chairmanship of the Labor Party. The associate, who has been getting similar requests every week since the January elections, told them the time was not yet ripe, but gave them to understand that there was room for discussion, that Ashkenazi had not abandoned his dream of becoming prime minister.

Ashkenazi has not yet met with the heads of the Labor Party’s branches, but he maintains friendly, ongoing ties with two of the most senior party leaders; former Defense Minister Binyamin Ben-Eliezer, and the chairman of the general federation of trade unions ('Histadrut'), Ofer Eini. When the time is right, they are the ones who will lead his camp. In recent, behind-the-scenes discussions, these two have been saying that Ashkenazi would easily beat anyone who runs against him and that he’s the one who can carry the Labor party to the premiership. This hasn’t happened since former Defense Minister Ehud Barak was elected prime minister in 1999 at the head of the Labor Party.

February 2014 marks the end of a three-year “cooling off” period for the former chief-of-staff, after which he can go into politics. The assessment within the party is that by then, all the loose ends of the “Harpaz affair” will have been tied up. The affair was very damaging to Ashkenazi, who had been one of the most popular people in Israel until it erupted.

Nonetheless, putting aside that affair of complex interests, intrigues and plots, on which the final word has yet to be said, senior Labor Party officials believe that Ashkenazi has not been significantly damaged from a public standpoint. In addition, he is considered someone who can swing right-wing voters over to the Labor Party. Ashkenazi, a respected general who rehabilitated the military after the second Lebanon war and the commission of inquiry established in its wake, was perceived as a “brother” well before Economy and Trade Minister Naftali Bennett and Finance Minister Yair Lapid adopted that pose during the election campaign.

Central Labor activists who have been witnessing the buzz created around Ashkenazi in recent months agree that he is also well-liked within the party.

For example, in January a group of Labor activists set up a Facebook group called “Gabi Ashkenazi for Labor leadership.”

This is how a veteran branch leader describes the party’s desire for Ashkenazi to join its ranks: “Even if Gabi [Ashkenazi] did not come out of the Harpaz affair unscathed, we don’t care and neither does the public. Gabi is perceived as a military leader, a ‘[late Prime Minister Yitzhak] Rabin clone.’ Everyone is saying that with him, we can achieve a political upset and return to lead the country. The atmosphere is very much in his favor. There’s a feeling that he can make us relevant once again. This is especially true given the disgust with the way things have been the last few years. No one really believes that with Shelly [Yachimovich] we will attain the premiership. Gabi is a leader.”

Ashkenazi is currently chairman of the Shemen Industries Ltd. for oil and gas exploration (his monthly salary for less than a full-time position is estimated at NIS100,000, more than $25,000). He also serves on a voluntary basis as chairman of the Rashi Foundation (which funds projects for children at risk, poverty reduction and health). But it appears he has not given up his political aspirations. According to one of his close associates, Ashkenazi will eventually go there. “The business world doesn’t really do it for him, as does his drive to influence events at the highest echelons,” he said. Asked when that will happen and on which political platform, the associate explained that Ashkenazi is in no hurry. “We just had elections a few months ago, his cooling-off period ends in February 2014, so there’s no reason for him to wear himself thin.”

As for the platform, this associate says the best odds are on Ashkenazi joining the Labor party. “Although former Prime Minister Ehud Olmert also courted him and is still doing so, Ashkenazi sees Labor as a sort of political home. After all, he’s a moshavnik [from a communal agricultural “left wing” settlement] at heart.”

This assessment has been reinforced by Ronit Ashkenazi, Gabi’s wife. According to one of the central Labor activists, she was overheard saying: “If Gabi makes it into politics, it will only be at home.” It was clear to all who heard her that she was talking about the Labor Party.

Since the Knesset elections on Jan. 22, the atmosphere in the Labor Party has been despondent. The sense of a major opportunity missed — voters gave the party only 15 seats in the 120-member Knesset — left the party feuding and lacking direction. The anger at Yachimovich, who drove away traditional party supporters when she abandoned the party’s diplomatic banner, is compounded by anger at her for refusing even to consider joining the government.

As previously reported here, Yachimovich is waging a battle for her political survival. From morning to night, she’s busy trying to ensure that she maintains her seat in the primaries for party leadership, expected to take place within a year. She’s going around the various branches, meeting activists and not being ashamed to admit the strategic mistake she made by distancing herself from Labor’s diplomatic agenda. She believes she can hold onto her seat because her potential rivals — Knesset Members Isaac Herzog, Eitan Cabel and Erel Margalit — are not strong enough to beat her. Her working assumption is correct, but only if all three run and her opponents’ votes are split among them. But efforts are being made behind the scenes to unite the three behind one accepted candidate — who will be backed up by Binyamin Ben-Eliezer and Ofer Eini, and thus to unseat her (the grudge these two hold toward Yachimovich is even bigger than the one they carry against Ehud Barak).

So how does all this fit in with the plan to recruit Ashkenazi? Ben-Eliezer and Eini are not concerned that the primaries for the Labor party’s leadership will be held before Ashkenazi goes into politics. They assume that the minute he joins, additional primaries will be held and the party will choose its leader. They assume that Ashkenazi will overcome any other contender and perhaps even win the support of Herzog, Cabel and Margalit.

The shadows of two additional figures are still hovering over the Labor Party, at large, and over Gabi Ashkenazi’s head, in particular. The first is Minister for Environmental Protection Amir Peretz. As defense minister, Peretz was the one who appointed Ashkenazi to the job of director-general of the defense ministry and subsequently IDF chief-of-staff. Peretz slammed the door on the Labor Party in light of his stormy relationship with Yachimovich, and went over to Minister of Justice and HaTenua leader Tzipi Livni . But the thinking is that if Ashkenazi joins Labor, Peretz will be glad to come back to his mother party.

The other figure is Ehud Barak. The man who tore the Labor party apart and almost brought about its political demise still arouses deep resentment. In the context of the Harpaz affair, that Ashkenazi might be perceived as another one of Barak’s victims only boosts his attractiveness to the party. Ashkenazi himself has set his sights on taking over the Labor party, but he won’t be averse to a hefty bonus: a personal victory over his nemesis, Ehud Barak.