Labor Party Chairwoman Shelly Yachimovich’s new banner of regional diplomacy helps her fight those who challenge her leadership after the poor results at the elections. 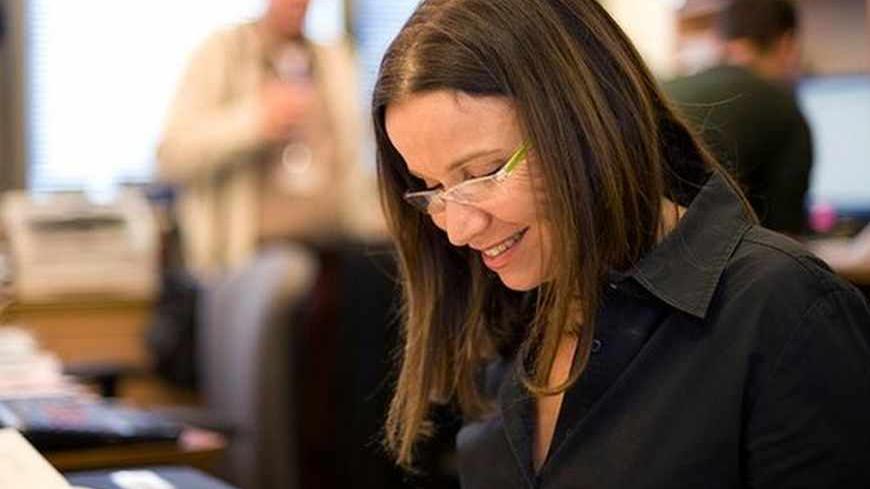 Labor Party leader and  Knesset member Shelly Yachimovich is mulling over the possibility of holding quick primaries for the leadership of the Labor Party within two months.

About two months ago, we published that, according to very high-ranking sources in the Labor Party, an initiative has gotten underway to hold quick primaries within just a few months to “bring the Yachimovich dictatorship to an end.” The initiative for quick primaries was based on the sense that after the party’s failure in the last elections — a failure that is attributed to her, it will be easy to defeat her.

Now, Yachimovich wants to signal to Knesset members Isaac Herzog, Eitan Cabel and Erel Margalit — who have recently begun preparing to challenge her —  that not only is she not afraid of them, but quite the opposite: She’s giving them what they want.

In recent days, Yachimovich discussed and consulted about this with people in her party, and among other things, said that she is convinced that she can beat anyone who might vie against her for the top spot, and that by doing so, she would win stability inside the party that will let her focus on leading the opposition.

According to the bylaws of the Labor Party, if the party does not win in the general elections, primaries are to be held within 14 months. In other words, they can even hold primaries now. What is guiding Yachimovich is the internal discord and challenge to her leadership following the party’s failure in the elections, in which it secured only 15 seats.

Since the elections in January, Yachimovich has faced serious criticism from high-ranking members of the party – particularly the veterans of the party – and from activists in the field, regarding her conduct. Some say, among other things, that she is taking action that is decidedly undemocratic in order to solidify her position, and that the fact that she is intentionally ignoring the diplomatic issues has pushed a large public of voters away from the party. Knesset member Eitan Cabel accused her of “democratically imposing a dictatorship,” and Margalit attacked her head on, claiming that she failed to lead the party in the elections. Even the alliance between Yachimovich and Histadrut (Trade Union) Chairman Ofer Eini met a vociferous end. In fact, since the elections, she has found herself isolated and under attack from all directions, with cries being heard for her ouster (as was written in a previous item, Histadrut Chairman Ofer Eini and Knesset member Binyamin Ben-Eliezer are even trying to talk former IDF Chief of Staff Gabi Ashkenazi to join the effort).

Given this atmosphere, Yachimovich understood that she must take immediate action to stem the negative tide against her, and she is investing tremendous energy to this end. She is traveling to the various branches and appearing at parlor meetings, where during closed intimate conversations she is giving people an opportunity to vent and attack her; she is not ashamed to admit that she made a mistake by not spearheading the diplomatic issues. Like former Prime Minister Ehud Barak, who prior to his return to the Labor Party in 2007 conducted a “forgiveness campaign” that was successful, Yachimovich is going from activist to activist. She is leaving no stone unturned.

On another front, Yachimovich is taking every opportunity to state how important the diplomatic process is to her and that if only Prime Minister Benjamin Netanyahu would present a meaningful diplomatic plan, the Labor Party would join his government. By doing so, she is proving to Labor supporters that she has internalized the criticism.

In private conversations, she says that she has a strong connection to the diplomatic issue. She recently held a lengthy meeting with senior Palestinian official Nabil Shaath, and we expect that she will soon be making more and more diplomatic statements, while displaying knowledge in the field from which she demonstratively distanced herself.

The move to hold quick primaries was designed to allow her to recapture her prestige and to prove to those who want to inherit her that she is not afraid of the fight. Yachimovich wants quick primaries that will take those challenging her by surprise and make it difficult for them to get organized. Yachimovich’s move is reminiscent of the quick primaries called by Benjamin Netanyahu at the end of 2011 — at the height of his power — which led Minister of Energy and Water Silvan Shalom to walk away from the challenge against him. This paved the way for the prime minister’s quick and easy victory.

The question is whether Yachimovich, given the fierce opposition she faces in the Labor Party, is even capable of leading an effort to move up the primaries, as this requires the approval of the party’s caucus.

Senior Labor Party officials claim that this is a “trial balloon,” a useless opening shot, and that she knows that given her current situation, she has no chance of getting the party to pass this initiative.

According to one of the senior officials, “Shelly has been talking about moving up the primaries for some time now, but isn’t doing anything because she is afraid. If she fails in the caucus, and there’s a good chance she will, she will be in a very difficult situation. As it is, people are having a hard time recovering from the failed election campaign she led. I have a hard time believing that she will take this on.”