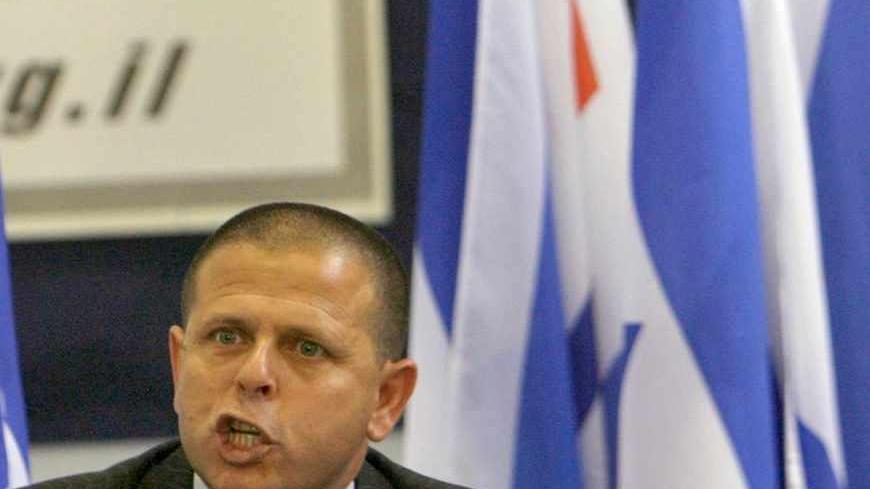 I met Knesset member Eitan Cabel in the makeup room of one of the television stations just a few weeks before the elections [in January 2013]. We had just participated in yet another political debate, one of many on the air back then. The polls gave the Labor Party 21 seats, and it was expected to be the second largest party, right behind Likud-Beiteinu. In the studio, Cabel was a staunch defender of Labor Party Chairwoman Shelly Yachimovich and expressed confidence in her ability to defeat Prime Minister Benjamin Netanyahu. But then, in a candid moment on our way back to our cars, he estimated that the Labor Party would end up with just 14 or 15 seats.

Cabel added that he had no idea what was going on inside the party or what its campaign strategy was. He said that Yachimovich pigeonholed all the Knesset members, that she refused to take any criticism, and that she was convinced that if she avoided mentioning the diplomatic issue, Likud party supporters would switch to her. “It won’t happen,” Cabel said. “I wish I were wrong, but this is not how you win an election.” He then begged me not to write a word about what he had just told me.

We spoke again on the afternoon of election day as he rushed from one party headquarters to the next. Once again, he told me what he thought the results would be, and he was exactly right. By now his assessment was based on what he had seen on the street. He had witnessed the huge stampede of voters running to support Yesh Atid Chairman Yair Lapid and his party.

The Labor Party came out of the elections with just 15 seats, a result that was considered a major loss. Cabel did not wait long before he launched a full frontal attack on Yachimovich, claiming that she had imposed a dictatorship on the party. He called for an investigation into the failures of the election and has since been serving as the party chairwoman’s official “headache,'' along with Knesset members Isaac Herzog and Erel Margalit. The latter two have already announced that they will run against her for leadership of the party. Cabel is withholding his decision until the end of [August].

Even when confronted by the collaborative efforts of Herzog, Margalit, and Cabel, Yachimovich showed herself to be a tough politician who does not give up easily. Last Friday [Aug. 2], she succeeded in defeating the three of them in a vote on when the party’s primaries would be held. She wanted them on Nov. 21, and they wanted them on Jan. 21. Her reasons were obvious to everyone. A snap election would ensure that the other candidates did not have enough time to prepare, and it would prevent the reopening of the voters’ rolls, meaning that they could not recruit new supporters.

Yachimovich may have won that battle, but even so, she only squeezed by. Only 43 votes kept her from defeat, out of the total number cast by the 1,100 delegates. In an interview with Al-Monitor, Cabel explained why this particular victory is meaningless, why he thinks Yachimovich is worse than former Prime Minister Ehud Barak and why the party has no chance of posing an alternative to the current government as long as she is in charge.

That you lost to Shelly Yachimovich in the committee proves that despite everything, she still controls the party.

“True, we didn’t win last Friday, but that has nothing to do with what should happen in the primaries. They are two totally different ballgames. The committee is not some microcosm of the primaries. In fact, the two things are in no way related. One good thing already came out of the committee. It turns out that Shelly really isn’t in control of the larger mechanism. If you would have interviewed me 10 days ago, I would have told you that Shelly is in charge. Now it turns out that half of the party isn’t with her.

“She also made some problematic moves, like scheduling the committee meeting for Friday. It was the end of Ramadan, and the last day of prayers, which kept delegates from the Arab sector from attending. It’s pretty obvious that if she had held it on any other day, we would have won. No one there supports her. She played a little game. Besides, most of her people in the committee are what we call “committed delegates,” or in other words, people that she brought in without them having to contend for the position. Effectively, they are her foot soldiers.”

Do you realize that what you are saying sounds like excuses? Three well-respected Knesset members — you, Herzog, and Margalit — couldn’t defeat her, even when you teamed up.

“Shelly knows how to play the game of politics, but it’s the kind of politics where I wouldn’t do even a quarter of what she does. It’s not that I don’t know those methods, but that there is absolutely no connection between them and proper democratic behavior. People can relate to her either as a brilliant politician or as a dictator. On one hand, Shelly talks about democracy, but on the other hand, she acts like she’s the last of the Bolsheviks. If you’re not for her, then you’re against her.

“The current state of affairs is very sad. Shelly turned the procedure into the essence. The situation we are in now is much worse than it was under Ehud Barak, and I really don’t miss those days. We attacked Barak then, and we were right, but Shelly was treated differently. No one dared come out against her during the elections, or ever afterward for that matter. Even journalists were too scared to deal with her.

“The mood feels Bolshevik. Under Barak, even in the hardest times, people could always argue. The party chair had an office, and we would show up there. Today no one has any idea what is really going on inside the party. Even the few people who serve on the party’s secretariat, and who are like the board of directors, don’t really know what is going on.''

Even the members of Knesset don’t know?

“Absolutely. She doesn’t consult with us either. Even when she says, ‘I consulted,’ she didn’t really consult. I claim that this stems from fear and paranoia. We didn’t ask to hold the elections right away, and even when I sent her a letter, I wrote, ‘Let’s discuss the date of the primaries.’ But what she understood was that she has no support behind her, and she was right as far as she is concerned. She was in a state of distress, because the polls give us 17 seats, and she doesn’t have any backing. She didn’t want us to enroll new members, but I contend that even under the current circumstances, her situation isn’t very good. It is obvious that the current voters' rolls are favorably inclined toward her, but that’s not what will save her.”

Meanwhile, her situation doesn’t look too bad at all. She’s putting up a fight.

“That doesn’t mean anything. We’re just starting out. Everything is open. People serving as party chair always have a better starting position. [President] Shimon Peres had a huge lead in the polls against [Minister for Environmental Protection] Amir Peretz until the very last day, and Amir won in the end.”

Do you believe that the Labor Party will ever have a chance to go back to being the alternative ruling party?

“I regret to say that with Shelly Yachimovich as the head of the party, we certainly have no chance of that. As long as she is chair, we can’t discuss such concepts as being an alternative to the ruling party. I only hope that we have the good sense to build up the party first, so that we head to the next elections from a different starting point. We have to open up to new audiences. There’s a whole new generation that doesn’t even know how to speak our language. The people that Shelly promised to bring over ended up voting for Yair Lapid. Unfortunately, we are becoming more and more a party that keeps within Tel Aviv’s municipal boundaries.”

If you don’t unite your forces against her, Yachimovich will benefit from the situation. Do you intend to run?

“It’s true that under the current circumstances, a split would help her. I’ll decide whether to run by the end of the month.”