Iraqis are buying forged Syrian passports to try to increase their chances of winning asylum in European countries. 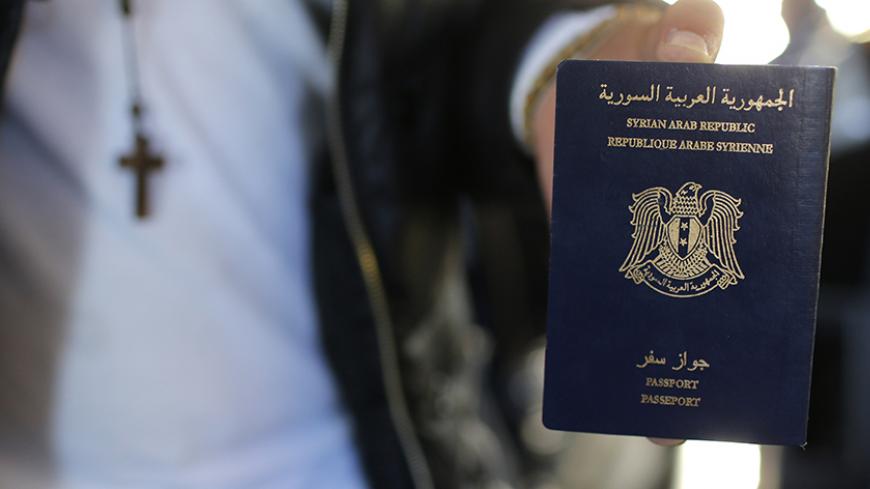 A Christian refugee displays his Syrian passport at a terminal at the Charles-de-Gaulle Airport in Roissy, France, Oct. 2, 2015. - REUTERS/Stephane Mahe

BAGHDAD, Iraq — Istanbul is considered a main destination for Arab migrants who want to reach Europe by illegal immigration across the Mediterranean Sea. According to a survey conducted Dec. 22 by the International Organization for Migration, most of the 1 million people who arrived in Europe in 2015 came across the Mediterranean. Syrians constituted 50% of those, while Iraqis made up 7% (about 70,000 people).

Haider Iraqi, a pseudonym, was on the hunt for a Syrian passport to assume Syrian nationality on the advice of a friend living in Austria.

After two weeks of intense research with his friends who live in Turkey, Iraqi met a Syrian national who sells Syrian documents in Istanbul. The man helped him illegally buy a Syrian passport in exchange for $1,250. Iraqi is not alone. The Syrian broker told Iraqi that seven Iraqi families and a number of young Iraqi men had already bought Syrian passports from him.

In a telephone interview with Al-Monitor, Iraqi said, “I sought to obtain a Syrian passport after I heard news on social media and on the street in Iraq that Syrian nationals have greater opportunities to find asylum in light of the sympathy shown to them by the European Union. A friend encouraged me to do so, given that dozens of young Iraqi asylum seekers were admitted this way.”

Istanbul’s streets are full of intriguing cases, stories and characters. The city offers chances for a better future and eases the concerns of fleeing refugees. A cacophony of Arab and African dialects is heard across the alleys full of Syrian gangs, forgers and guides, who tell painful stories of dozens of refugees drowning in the sea. Anyone who has visited the city in the past two years has returned with a handful of such stories.

Here, a fake Syrian passport forged by the Syrian mafias is easily obtained, but a perilous and laborious journey still lies ahead.

During the massive migration wave — considered the biggest since World War II, consisting of the entry of over 100,000 refugees to Greece, Italy and Hungary during July 2015, a month and a half after the wave started in mid-June — large numbers of asylum-seeking Arabic-speaking Iraqis and Afghans claimed to be Syrians when they were interviewed in Germany and Austria in order to raise their chances of admission. They carried only papers claiming they were Syrians.

Just like Iraqi, Ismail al-Fatlawi made a deal with a Syrian broker living in Turkey to buy a fake passport with his photo on it.

Ismail, who was getting ready to leave Iraq for Turkey, told Al-Monitor, “I bought a Syrian passport for $1,500, and I will receive it immediately upon my arrival in Turkey.” He explained that this passport will accompany him when illegally crossing the sea to Greece on a small boat, and from there to Germany.

He told Al-Monitor, "I am now trying to memorize the names of the Syrian provinces and other important places. I am also trying to master the Levantine Arabic accent, since the asylum-seeking applicants who do have greater chances of being admitted. I do not care what country will give me asylum. All I want is to live in peace.”

He hoped the authorities of the European country he ends up in will not detect his fake passport because he would be deported back to Iraq and banned from traveling to any EU country in the future.

Though Iraqis are vying with Syrians for asylum, they do not mean them harm. Just like Syrians, they find themselves living in difficult and terrifying humanitarian conditions and facing human rights violations. They believe these are sufficient reasons to emigrate from Iraq to Europe.

Syrian journalist and author Yara Wehbe, a volunteer working with Syrian refugees in Germany, told Al-Monitor, “The statistics indicate that 20% of asylum seekers in Germany in general are Syrians.”

She added, “The fact that some are assuming Syrian nationality does not affect the process of granting Syrians asylum. But this delays the process of examination of their asylum applications.

“In light of the current security conditions in Iraq, Iraqis have a chance to obtain asylum. Although their chances of being admitted are not as high as those of Syrians, they are higher than the chances of those coming from Eastern Europe.”

With the help of Fatlawi, Al-Monitor was able to talk over the phone with the Syrian broker who sells Syrian passports to Iraqis.

He told Al-Monitor on condition of anonymity, “Since mid-2015 and until Nov. 15, dozens of Iraqis sought my services and the services of my colleagues to obtain a Syrian passport or some other Syrian identity documents to help them apply for asylum, by assuming the identity of a Syrian national.”

He added, “We are only helping them. Everyone wants to escape hell, whether in Iraq or in Syria. We are sure that they will not use these documents in airports, but they will keep them in their bags when they cross the sea and submit them to the asylum authorities in Europe, as a means of increasing their chances of being admitted as refugees in those countries.”

Liqa Wardi, a member of the Displacement and Migration Committee in the Iraqi Parliament, told Al-Monitor that some Iraqis claimed during asylum interviews in EU countries to have come from Iraqi hot spots.

“They were caught and their applications were denied. I do not think that those who pass themselves off as Syrian refugees will be able to persuade European countries that they are Syrians,” she said.

She added, “Iraqi refugees posing as Syrians are putting their asylum application on the line, which may be rejected if they get caught. These countries have their own ways to identify refugees’ nationalities. They verify their accent and ask them questions about their alleged country with the help of people from the migrant’s alleged country of origin.”

Iraqi refugees will spare no effort to flee the devastation ravaging their country. They are willing to pose as Syrian refugees or assume another status. These attempts have so far cost them a lot of money and claimed numerous lives. 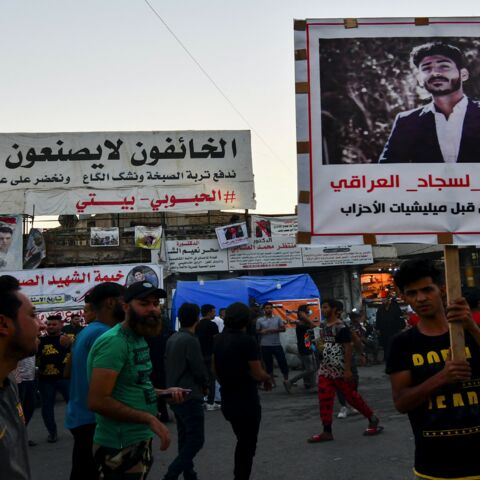 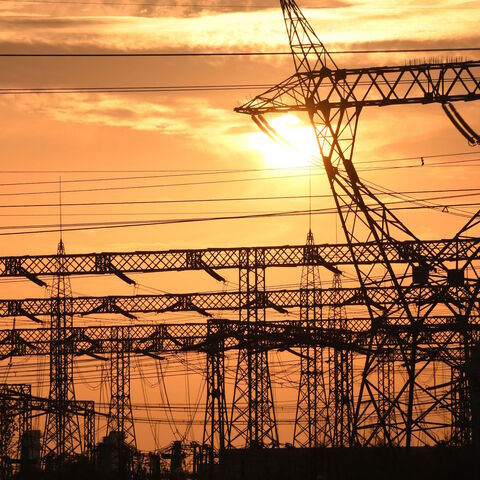 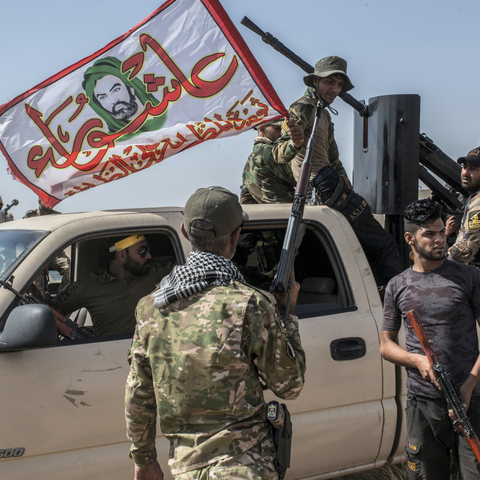