Can new initiative put an end to abuse at Egyptian orphanages?

Amid mounting concerns over abuse and mistreatment, the Egyptian Social Solidarity Ministry has recently launched an initiative to end the violations committed at orphanages and other child care centers throughout the country. 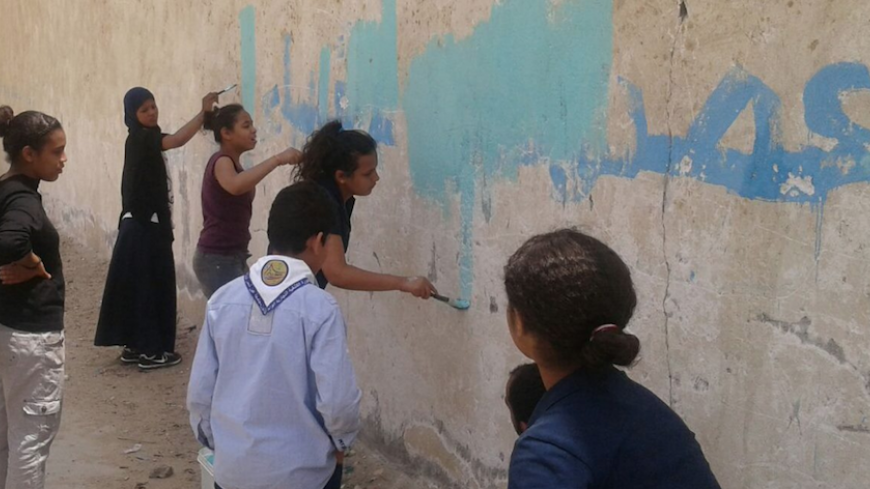 CAIRO — Egyptian Minister of Social Solidarity Ghada Wali is promising to reform her country’s orphanages, which have long been denounced for their miserable conditions and children’s allegations of abuse.

On Dec. 23, many children at an orphanage in the Alexandria governorate reported food deprivation, torture and other violence, saying they had been tied up and beaten by the facility’s director.

Five days later, Wali announced an initiative to form rapid-rescue teams to deal with children’s complaints at orphanages and improve the service provided there.

At a press conference, Wali admitted the existence of major violations at orphanages, as well as the need for clear standards that guarantee good treatment for children.

“We took it upon ourselves to be honest,” she said. “We have inherited a heavy burden, and the reality is painful. These practices occur in many governorates. We are responsible as a government and before God for protecting these children, and we will put an end to these violations.”

However, similar promises in the past never materialized. Children are falling victim to violence, including sexual abuse, committed by caretakers or their peers.

In a widely publicized case from 2014, the manager of a Giza orphanage was arrested after a video of him striking and kicking numerous children was posted on social media. Also in 2014, a caretaker was reported to have raped eight male children at an orphanage in al-Sharqiyah governorate. This issue was discovered after some of the children, on many occasions, reported abdominal pain caused by the sexual assaults.

Ismail Mustapha, 17, a resident of Laylat el-Qadr orphanage in 6th of October City, told Al-Monitor, “My friends and I have been living here all our lives, and we have been subject to the worst kinds of torture inflicted by caretakers. We were dragged and beaten, kept in locked rooms and deprived of food. Whenever we complained, they’d tell us to leave the home, but we didn’t have anywhere else to go.”

He added, “We don’t have any money to spend. So we would go on the street to beg from passers-by ever since we were young. Now, each one of us has his own job to help make a living. Some ran off to sell drugs to get money.”

Yasser Rifai, former assistant social solidarity minister, told Al-Monitor, “The work systems at Egyptian child care centers are terrible. They lead to a whole generation of social delinquents, because subjecting children to violence early in their lives will feed into their aggressive behavior toward society.”

He said, “The ministry has laid down some clear standards on its executive list for providing children with health care and protection against violence. However, they are yet to be implemented due to the lack of supervision. Not only that, the number of children sleeping in one room is surpassing the maximum allowed, with the children suffering from bad hygiene and lack of vaccination.

“Furthermore, they live together without any regard to age difference, as child care centers put together children aged 6 with 18-year-olds, which leads to harassment and rape.”

The list also stipulates children must have a place within the establishment to exercise, perform or take part in cultural activities, and they should be enrolled in clubs and provided access to public libraries.

Rifai suggests designating certain cities to provide comprehensive services and make supervision easier. He said this system has worked in Turkey and Germany.

According to Rifai, the army should monitor care center supervision, as it is an institution that respects discipline and provides security. And since the military is feared by everyone, the directors of children’s homes would be sure to abide by the law and protect children against violence, he said.

Ali Sayyed, the head of a public orphanage, told Al-Monitor, “The ministry lacks financial resources and denies us the necessary financial support to provide a decent living for children. Until now, we have been relying on donations only.”

He added, “I’m aware that orphanages are still underdeveloped and lacking basic necessities. But we are doing our best to accommodate these children so they don’t end up living on the streets without shelter.”

According to the Ministry of Social Solidarity, there are 455 orphanages in the country, accommodating children until the age of 18, in addition to 83 nurseries sheltering homeless infants, and together they house about 12,000 children.

In an interview with Al-Monitor, Radwa Qadi, a UN child protection counselor, said, “Egyptian social care institutions lack habilitation and training programs for experts in treating children. Present experts are not enough to meet children’s needs. There is one expert for every 10 children, which certainly leads to major problems.”

She added, “There are many instances of abuse that are still unreported. Children are hesitant about reporting them, for fear of the caretakers’ reaction.”

Qadi praised the ministry’s plan to form rapid-rescue teams tasked with reporting abuse at orphanages. She said, “We hope this initiative succeeds in ending these violations at care centers.”