The Egyptian government has passed amendments to the Alternative Family system, facilitating adoption and fostering procedures. 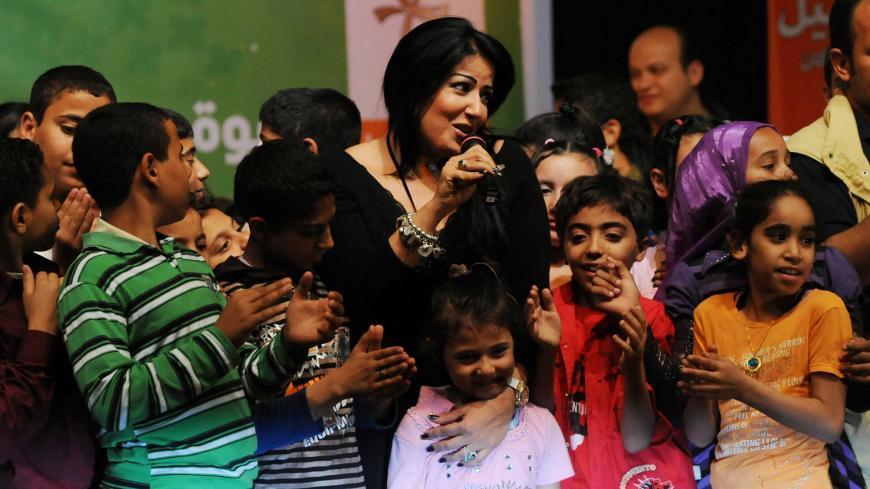 Egyptian orphans are sung to by actress Sumaya al-Khashab during a ceremony at the Catholic Centre in Cairo, Egypt, April 9, 2010. - AMR AHMAD/AFP/Getty Images

CAIRO — Egypt has amended its Child Law, opening up the option of adoption and foster parenting to more people — including single women.

The amendments, passed Sept. 19, concern orphans and children of unknown parentage under Egypt's Alternative Family system. According to observers, the government is making the changes to confront the country's history of mistreatment and abuse of these children. The problem has been compounded in recent years by the financial strain shouldered by care facilities in light of the dire economic conditions gripping the country.

The Alternative Family system introduced in 2014 allowed only Egyptian married couples aged 60 or older to adopt or foster children. As per the new amendments, couples from 25 to 60 years of age are now eligible, provided they have been married at least three years and meet the conditions of the High Committee for Alternative Family — a government-formed committee presided over by a judge to look into adoption applications.

Single women also gained the right to adopt or foster under the amendments. Eligible applicants have to take training courses held by the Ministry of Social Solidarity for foster and adoptive parents.

Five years ago, Zeinab, a pseudonym, discovered she couldn't have children. A friend suggested she adopt a child from an Egyptian orphanage. Zeinab finally talked her reluctant husband into making this leap of faith. The couple went together to the Department of Social Affairs in the Egyptian Ministry of Social Solidarity to start the procedures.

“I am 35. I can't have children of my own. But I really wanted to be a mother,” Zeinab told Al-Monitor. She said the ministry carefully scrutinized her and her husband to determine their suitability to become adoptive parents. “They did elaborate character and background checks and even visited us at home to make sure we would make good parents,” she added.

A few months later, the High Committee for Alternative Family approved their application. The couple ended up adopting a 3-month-old girl. “I chose a baby girl because I love daughters. She is now nine months,” Zeinab said.

Things were a little different for Suheir, also a pseudonym, who had three children, the youngest of whom was 12. The death of her daughter, however, took a heavy toll on her. She decided to foster a baby girl from an orphanage in Cairo in the hope that this would help her recover somewhat from the loss.

“I told my husband and children, who were very encouraging and supportive. I visited a few orphanages until I found an 18-month-[old] girl,” Suheir told Al-Monitor.

Many friends and relatives criticized for her decision, she said, adding, “There are many children out there who need to be fostered and taken care of. It is our duty as a community to solve this problem and give them a home."

According to Somaya Al-Alf, head of the Social Welfare Department of the Egyptian Ministry of Social Solidarity, the number of adopted and fostered children rose to 12,000 in the past three years, up from 3,000. She attributed the growth to improvements in Egypt's adoption process and facilities, which have also helped relieve some of the pressure orphanages are under.

Ola Farrag, head of FACE for Children in Need, a local civil society organization, told Al-Monitor that the new government amendments to the Child Law are a step in the right direction to help alleviate the suffering of children and relieve pressure on orphanages.

Farrag explained that in 2014 the Egyptian government began looking for possible alternatives to orphanages, which had been shown not to provide a healthy environment for children's development.

“This is not to mention the heavy economic burdens orphanages have to bear to provide a good environment for those children,” she noted.

Farrag said the government realized that, by itself, it couldn't make the system work, so it involved civic groups to help run background checks and follow up on foster and adoptive parents.

“Despite efforts to help find foster and adoptive parents for orphaned children, the government has yet to resolve the problems that are forcing parents to abandon their children in the streets in the first place,” Farag said. She explained that extreme poverty is at the root of the problem. Egyptians living under the poverty line in 2015 accounted for 27.8% of the population, according to the latest statistics available from the Central Agency for Public Mobilization and Statistics.

Ahmed Msehli, head of the Committee for the Defense of the Child in the Egyptian Bar Association, said the new amendments are too late, as government bureaucracy has created many problems, including child abuse. He told Al-Monitor that the Child Law, including the Alternative Family system, was approved in 1996, but it wasn't until 2014 that the government started actually implementing its provisions.

On Aug. 28, 2014, Social Solidarity Minister Ghada Wali formed the high committee, directing it to overhaul the alternative family system and cultivate adoption in Egypt as the best solution for helping homeless children and children of unknown parentage. The committee is seeking solutions to orphanages' financial burdens, which have been worsened by the country's dire economic conditions.

In televised statements Sept. 26, Wali acknowledged that Egypt's facilities for orphans face great challenges, notably the lack of competent staff qualified to care for children. However, she said violations at those facilities have decreased, though she provided no statistics.

But Alaa Abdel Aty, adviser to the social solidarity minister, said in an Oct. 4 interview with local El-Watan news that there are about 10,000 orphans housed in 449 facilities in Egypt. He added that 80% of these orphanages are located in only four governorates.