Which US presidential candidate is good for Israel?

When wondering what Israelis think makes a “good president” for the United States, it depends on whom you ask. 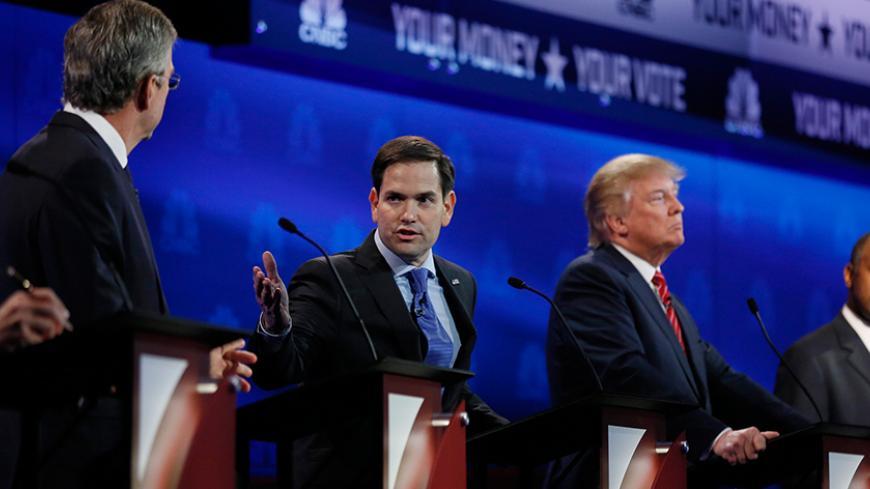 As with many and varied issues, so the question of which US presidential candidate is “best for Israel” has many and varied answers: First, it depends on whom you ask — Israeli Jews or American Jews; second, which Jewish Israelis and which Jewish Americans; third, whether one asks during a presidential election campaign or the day after the winner walks into the White House. Public opinion polls indicate that a candidate favored by most members of the largest Jewish community, outside Israel, does not necessarily enjoy the same popularity among the Israeli Jewish public. Thus, for example, the incumbent, President Barack Obama, garnered the support of more than two-thirds of American Jewish voters in his two election campaigns. On the other hand, were it up to Israelis, a black man whose middle name is Hussein would only have been allowed into the White House on a guided tour.

This gap is largely the result of the different agendas of these two communities. Jewish Americans (or American Jews, if you will), like other minorities, tend traditionally to support Democratic candidates, who espouse liberal, pluralistic values. For these Jewish voters, the candidate’s attitude toward Israel lags behind other issues that engage middle- and upper-middle-class Americans: the economy, welfare, education, abortion, school prayer, and so on. On the other hand, when Israelis ask whether a candidate or a presidential candidate is “good for the Jews,” they mean for Israeli Jews. Obama’s party affiliation did not increase or detract from his popularity among Israelis. For most Israelis — that majority that supports the right-wing, pro-settler government — a “good president” is one who does not challenge the current Israeli regime. At the other end of the political spectrum, on the left, one can find many who yearn for a US president who would force Israel to shut down the settlement enterprise and withdraw from the territories.

Prime Minister Benjamin Netanyahu is unmoved by the abundance of promises made by US presidential candidates and by the flattery they shower on him. The sweet talk that Democratic candidate Hillary Clinton laid on Netanyahu and Israel in a Nov. 4 article she penned in the Jewish-American weekly The Forward did not turn her into Jerusalem’s darling. The prime minister’s office still remembers Secretary of State Hillary Clinton’s April 2010 rebuke of Netanyahu, saying that he had to prove his sincere commitment to moving the peace process forward, that the government’s decision to ease restrictions on the movement of Palestinians was not enough, that Israel must show consideration for the humanitarian needs of the residents of the Gaza Strip and that it had to stop construction in settlements. It will also not forget the interview Clinton gave CNN in July 2014 in which she said that her greatest complaint against Israel was the government’s settlement policy.

Israel's first prime minister, David Ben-Gurion, famously said, “What matters is not what the gentiles say, but what the Jews do.” To borrow from him, Netanyahu doesn’t care what the gentiles say or what Jews the likes of Democratic contender Bernie Sanders say. In an interview last month with Rolling Stone, Sanders dared to condemn Israel’s excessive use of force in Gaza, as he described it, in the 2014 Operation Protective Edge. The prime minister cares what the next president does. Netanyahu survived all of Obama’s speeches and Secretary of State John Kerry’s reprimands. While they talked, he built another neighborhood in the West Bank. The only president who did not just talk but also used economic pressure — threatening to withhold US loan guarantees to fund the absorption of immigrants from the former Soviet Union — was George H.W. Bush, a Republican. Netanyahu was deputy foreign minister when in 1991 Prime Minister Yitzhak Shamir rejected Bush’s demand that Israel freeze settlement construction 1991. Israel failed to get the guarantees, and the Likud lost the 1992 elections.

At an appearance at the Saban Forum on Dec. 6 in Washington, Clinton stressed that all US administrations, Republican and Democratic alike, have consistently opposed the settlements. She was hinting at the loan guarantees affair and President George W. Bush’s 2003 road map for peace, which included the demand for a complete freeze of construction in the settlements. Not only that, despite countless pledges by presidential candidates, senators and congressional representatives to recognize Israeli sovereignty over both parts of Jerusalem, the US Embassy remains in Tel Aviv. Netanyahu can accept this status quo, just as he can accept the freeze in negotiations with the Palestinians. A problem that would trouble him after the US presidential elections is European and Arab pressure on the next administration to freeze the settlement enterprise as well. If the next president gives in to this pressure, Netanyahu’s coalition partners from the right-wing HaBayit HaYehudi and some of his Likud Knesset members could bring him down.

The only person who can extricate Netanyahu from this catch-22 is one of his patrons, the gambling tycoon Sheldon Adelson, who is being courted by all the Republican candidates with one exception, the billionaire Donald Trump, who doesn’t need campaign contributions. If one of the other candidates gets to the White House in 2016, he or she will need Adelson’s money to stay there after 2020. That will require Jerusalem’s blessing. Meanwhile, Trump has sent Netanyahu and Adelson a troubling message. In an Associated Press interview, he said that if he manages to bring about peace between Israel and the Palestinians, “That would be to me a great achievement.” He added that he would know within six months of launching his efforts whether they would be successful. Netanyahu would prefer someone like Marco Rubio, who said at a conference of the Republic Jewish Coalition that peace was a far-off dream for Israel.

If Adelson were running for the presidency, Netanyahu’s choice would be so much simpler. Absent such an option, he will await his patron’s pick. According to Politico, as of now Rubio is the lucky winner.