Sources say Turkish President Recep Tayyip Erdogan’s close circle is keen to develop the relationship with Israel in terms of the energy dimension in the wake of the crisis with Russia. 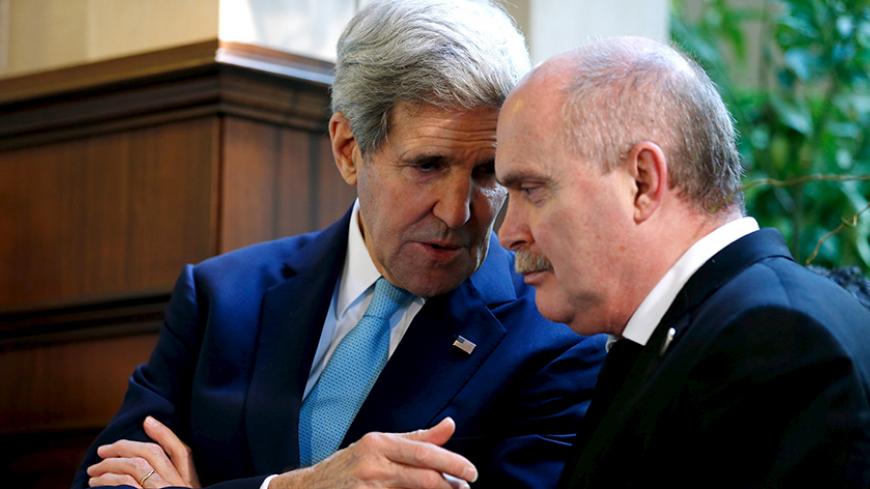 Without any doubt, Feridun Sinirlioglu, undersecretary of the Foreign Ministry, is Turkey’s “strongman” in foreign affairs. He’s not at the level of President Recep Tayyip Erdogan or Prime Minister Ahmet Davutoglu, but he is seen as the “architect of Turkey’s Middle East policy,” which has come under severe criticism. Undersecretary of the Foreign Ministry is the highest position for any career diplomat, and Sinirlioglu has been serving under that title for six years. Nobody in the history of the ministry has kept the title while simultaneously having the title of foreign minister, but Sinirlioglu did. He was the foreign minister while preserving his portfolio as the undersecretary during the interim period between the election of June 7 and the rerun election of Nov. 1.

Sinirlioglu was appointed undersecretary after serving as Turkey’s ambassador for only one country. That country was not the United States or England or even Russia or Belgium, which are traditionally important posts to be elevated to the highest bureaucratic position of the ministry. He was the ambassador to Israel.

Yes, Sinirlioglu was Turkey’s ambassador to Israel during the first five years of the allegedly Islamist Justice and Development Party (AKP) government.

That put Sinirlioglu in an even more puzzling situation: a strongly secularist diplomat whose only ambassadorship has been in Israel who became the close confidant of Erdogan in foreign policy.

While he was ambassador in Tel Aviv, he had a reputation for developing close links with Israeli leadership and earning their respect and trust. He was Turkey’s efficient diplomat mediating between Israel and Syria. The two countries were about to settle at the negotiating table until the Gaza War erupted.

However, during his time as ambassador, he built a personal rapport with incoming Mossad chief Yossi Cohen and Israeli envoy Joseph Ciechanover — the two Israelis involved in recent behind-the-door diplomacy with Sinirlioglu. Even following the deterioration of the bilateral relations between Turkey and Israel, the relationship survived. And when it came to reviving Turkey-Israel relations, his relationship with the two men was instrumental.

If the conditions have become ripe to normalize relations with Israel, the AKP government could not have a better and more valuable asset other than Sinirlioglu.

When the diplomatic meetings were leaked to the press, it created an uproar in the grassroots of Turkey’s ruling party. When former Minister of Culture Omer Celik, the AKP’s spokesman, declared, “The Israeli state and Israeli nation is a friend of Turkey. Our criticism made up until now was about the Israeli government's extreme acts,” the uproar intensified. In the last couple of days, Turkish officials, including Davutoglu, issued statements that “the normalization is not yet reached but progressing.”

The AKP officials, on one hand, are trying to stem the anti-Israeli sentiment that has risen among their own Islamist ranks, and on the other hand, they are trying to prepare the public opinion that a deal with Israel is possible and necessary.

This big step toward normalization with Israel is one of the outcomes — perhaps one of the unintended consequences — of the tension between Turkey and Russia following Turkey’s downing of the Russian fighter plane.

Among the repercussions, the most detrimental for Turkey would be if Russia cut natural gas delivery to Turkey. Although Russia declared that it would not, nothing is impossible in the future given the poisoned nature of the relationship between the countries. Russia provides approximately 60% of the natural gas Turkey imports, and its electricity operated industry is very dependent on it. Any energy shortages or any cut in the natural gas provided by Russia could have a fatal impact on Turkey’s economy.

Turkish officials have been running in all directions for three weeks to find alternative sources to Russia’s natural gas. Erdogan rushed to Qatar, Davutoglu went to Azerbaijan, and Ankara and Erbil got even closer with the prospects of Kurdistani natural gas.

Israel is one of the alternative solutions. A source with direct relations to Israel who wished to remain anonymous told Al-Monitor that Erdogan’s “household” is very keen to develop the relationship with Israel in terms of the energy dimension in the wake of the crisis with Russia. One should keep in mind that the president’s son-in-law was appointed as the new minister of energy in the AKP government.

Israel had already apologized to Turkey for the Mavi Marmara incident. According to news leaked from Sinirlioglu’s talks with the two Israelis, the Jewish state is ready to pay indemnity to the families of the victims of the Mavi Marmara. The sticking points remain on Turkey’s demand that Israel should lift the economic embargo on the Gaza Strip. These issues are still unresolved, but they are not seen as insurmountable.

The normalization of Turkish-Israeli relations has more chance of success than in previous years because of the new regional balance of power with different axes operating over the Syrian theater.

Following Russia’s involvement with the Syrian conflict and particularly in the wake of downing the Russian fighter plane on Nov. 24, the policymakers in Ankara believe a solid Moscow-Tehran axis emerged in a confrontational format against Turkey. In the eyes of Turkish policymakers, the struggle of the Kurdistan Workers Party’s (PKK) and its Syrian surrogate Democratic Union Party (PYD) must be assessed within this Moscow-Tehran axis.

Ankara, while moving closer to the Western fold — Washington, NATO, anti-Shiite Saudi Arabia, Qatar and, consequently, Israel — in the region, is intensifying its fight against the Kurds led by the PKK in Turkey’s southeast. The fighting has reached unprecedented dimensions lately.

Ankara is very keen to have the Iraqi Kurds under Massoud Barzani or the Kurdistan Regional Government onboard in this endeavor as part of the “Sunni element” in the region vis-a-vis Iran and Tehran-supported Baghdad and Damascus.

Israel had a mostly covert but robust relationship with the Iraqi Kurdish leadership since 1961, the year of the Kurdish insurgency against the Arab nationalist regimes in Baghdad.

The PKK, on the contrary, grew up within the fold of the Palestinian movement, mainly in Syria, and with strong leftist credentials it was always hostile to Israel.