Turkey and Israel have much to gain from normalizing their relations, but recent reports to that effect should be met with caution. 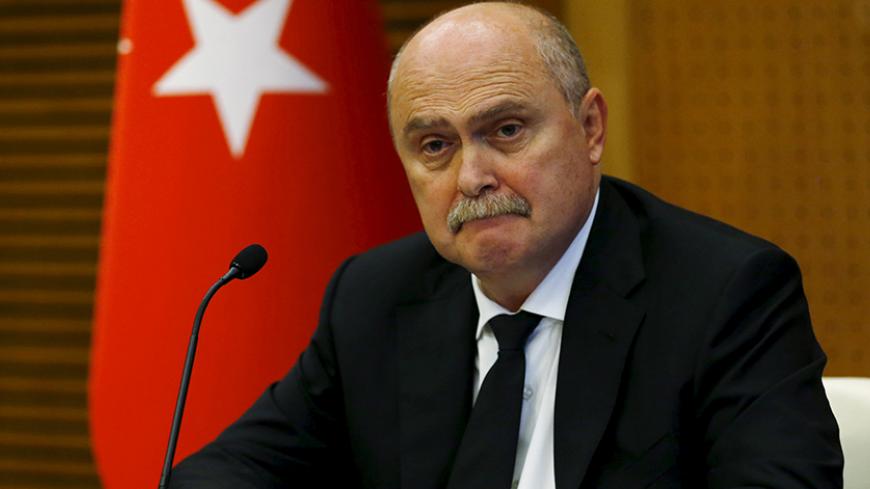 On Dec. 17, Israeli media outlets reported that Turkey and Israel will soon normalize relations. While this is good news for a region that only makes headlines for tragic events, actual normalization in Turkish-Israeli relations may prove elusive.

The five-point memorandum of understanding negotiated between Turkish Foreign Ministry Undersecretary Feridun Sinirlioglu and Israeli Foreign Ministry Director General Dore Gold looks promising: Ankara and Tel Aviv would restore full diplomatic relations and exchange ambassadors; Israel would pay $20 million to the families of the victims of the May 2010 Mavi Marmara raid; Turkey would pass a law ending all current and future legal cases against Israeli soldiers involved in Mavi Marmara; the two sides would begin negotiations on exporting Israeli natural gas to Turkey; and finally — and perhaps most important — Turkey would expel high-ranking Hamas leader Saleh al-Arouri and curtail the activities of the militant Palestinian group on its territory.

Interestingly, the Israeli blockade of the Gaza Strip seems to be absent from the agreement. Since 2010, the Turkish side has insisted that a full restoration of diplomatic relations with Israel could take place only if the Jewish state lifts the Gaza blockade. Israeli leaders, however, refuse to end sanctions against the Hamas-controlled territory as long as the Palestinian group poses a threat to their country.

Karel Valansi, a Middle East expert and columnist for the Turkish Jewish weekly Salom, thinks “the Gaza issue is still uncertain.” Valansi told Al-Monitor, “Israel will not lift the blockade but could ease it. Will that be enough for Ankara? That is the real question.”

Gabriel Mitchell called the agreement “very good news,” but he also thinks that Gaza is the sticking point. Mitchell, a doctoral candidate in government and international affairs at Virginia Tech and the US representative of the Mitvim Institute, told Al-Monitor that “there has been some cosmetic easing of the Gaza blockade since Mavi Marmara, in particular for Turkish deliveries.” He added, “I can’t possibly imagine that [the latest] deal went through without some conversation about Gaza and developing a mechanism to handle future disputes regarding Hamas and the Palestinians. If not, this deal could be very short-lived.”

A former Turkish diplomat, who spoke to Al-Monitor on condition of anonymity, shares that cautious outlook. “Rather than Israel, for Turkey the big issue is Syria and Russia.” The diplomat said, “[The Turkish] side wants to find new partners against Russia and establish new sources for its natural gas needs.”

Indeed, natural gas could help to warm Turkish-Israeli relations. Volkan Emre, founder of the World Energy Security Analysis Platform in Washington, told Al-Monitor that “Israel’s total estimated natural gas reserves under the Mediterranean Sea, including the Leviathan and Royee fields, reach 904 billion cubic meters, which far exceeds that country’s consumption.” Volkan added, “Given Turkey’s well-developed technical and institutional infrastructure on the downstream and its desire to become an energy hub, the involvement of skillful US companies such as Noble Energy on the upstream and likely US political and military backing, exporting Israeli gas to Turkey and Europe is a real possibility — despite Ankara’s disagreements with Greece and Cyprus over the latter’s exclusive economic zone.”

Valansi points out that if the Turkish-Israeli deal goes through and establishes trust between the two sides, natural gas could tie Ankara and Tel Aviv more closely to each other. She said, "[Because] these two countries face similar threats and share mutual interests, they are forced to cooperate in many fields: the Russian presence in Syria, the threat of the Islamic State, and the worry that the nuclear deal could enable Iran to expand its reach and power in the Middle East.” Given Turkey and Israel’s economic, political and security needs, Valansi thinks “normalization is quite possible.”

The former Turkish diplomat is less optimistic. She certainly does not expect the revival of the friendly spirit that defined Turkish-Israeli relations from the late 1990s through 2008. “Compared to the golden age of the relations,” she told Al-Monitor, “there is not much of a relationship.” She argues that pragmatic calculations rather than a genuine desire for reconciliation drive the anticipated thaw. If conditions change and antagonism becomes more beneficial, especially for Turkish President Recep Tayyip Erdogan and his Justice and Development Party (AKP), Turkey and Israel could go back to where they are now.

The diplomat wants us to remember the maxim “all politics is local,” saying, “In the 1990s and 2000s, the business and political elite of Turkey and Israel were primarily centrist and progressive, and it was these people who drove the relationship. Today, secular liberals are weak and religious conservatives are strong in the two countries, so there is little public demand to improve the relations.”

In fact, some AKP constituents are already opposing a deal with Israel. Quite tellingly, news of the Turkish-Israeli deal led to an uproar from the Istanbul-based IHH Humanitarian Relief Foundation, the aid organization that organized the flotilla to break the Gaza blockade in 2010. The religious-oriented IHH’s nine activists died at the hands of Israeli naval commandoes on the Mavi Marmara. On Dec. 18, the secular and anti-AKP website OdaTV quoted IHH Secretary-General Yavuz Dede, who labeled a deal with Israel “treachery.”

The road to Turkish-Israeli reconciliation will be neither easy nor pleasant.