Turkey has taken major steps to end its global isolation by reconciling with Israel and apologizing to Russia. 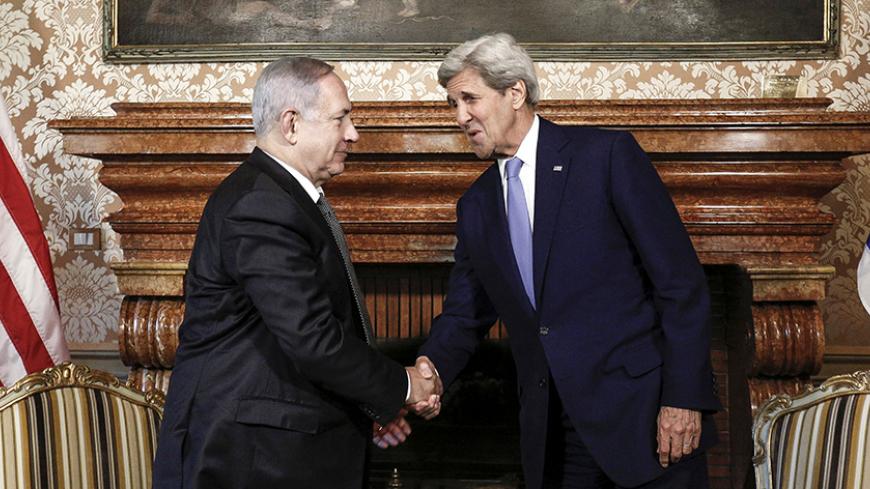 The news of reconciliation between Israel and Turkey did not come as a surprise. For several days there had been signals that it was just a matter of time for the announcement; officials on both sides were preparing their publics about it.

Israeli Prime Minister Benjamin Netanyahu, in his meeting with US Secretary of State John Kerry in Rome on June 27, said the reconciliation deal will have “immense implications for the Israeli economy.”

Netanyahu's tone in greeting the reconciliation suggested that Israel is happy about it and does not consider it as a volte face. Given that he also thanked US Vice President Joseph Biden for his assistance in the negotiations to reach the agreement while not mentioning President Barack Obama, one can easily conclude that June 2016 is well different from March 2013.

In that month, pressed by Obama — who was about to leave Israel on his way to India — Netanyahu had reluctantly phoned then-Turkish Prime Minister Recep Tayyip Erdogan as Obama stood by and apologized for the death of 10 Turkish citizens as a result of the Gaza flotilla incident of May 31, 2010.

The flotilla incident triggered the crisis between the close regional allies; at the turn of the 21st century, Turkish-Israeli relations had become extremely close, and not even the takeover of power by the pro-Islamist Justice and Development Party had altered the bilateral ties.

After Israeli commandos' raid on the flotilla led by the Mavi Marmara, Turkey posed three strict preconditions for any sort of reconciliation; this “sine qua non” consisted of an apology, indemnity for victims and lifting of the naval blockade on Gaza.

In March 2013, the apology that came from Netanyahu to Erdogan was hailed a Turkish diplomatic victory. It further enhanced the stature of Erdogan internally (and even internationally), while Netanyahu was seen as if he were kneeling down before his mighty Turkish counterpart under the gaze of Obama.

This time, the picture is diametrically opposed to what it looked like in March 2013. Turkey under President Erdogan's rule is so isolated internationally that it desperately needed to break out of the situation, no matter the concessions involved.

This time, it is Israel’s turn to claim diplomatic success by not meeting Turkey’s seemingly most adamant and principled demand, the lifting of the Gaza blockade.

The Israeli daily Haaretz wrote that Turkey waived a demand for the removal of the Israeli blockade on the Gaza Strip in return for Israel's enabling Turkey to initiate infrastructure projects in Gaza, including the construction of a hospital, a power station and a desalination facility. All the materials for these projects would be transported via Israel's Ashdod port.

The influential Israeli commentator Zvi Bar’el, in an analysis titled “Israeli-Turkish Reconciliation Deal Offers Lifeline to Both Sides,” emphasized that a close relationship is of supreme importance to Israel and Turkey and rightfully added the following remark, “Turkey and Israel could have ended this crisis six years ago.”

If Turkey had not insisted then on the lifting of the Gaza blockade that it has now backtracked from, the same agreement reached today could have been reached six years ago.

It could have, indeed. The Israeli press said that during a March visit to Israel, Biden discussed Turkey with Netanyahu, telling him that Erdogan was interested in normalizing ties with Israel as soon as possible and offering to help relay messages to Erdogan to help the sides overcome remaining differences. This brought to my mind some highly confidential information that had been passed on to me. A source very close to the “horse’s mouth” told me a while ago that Erdogan on Dec. 17, 2013, the day a major fraud probe against his rule began, called Foreign Ministry Undersecretary Feridun Sinirlioglu — Turkey's former ambassador to Israel — and asked him to launch the initiative to reconcile with Israel.

According to the source, when Sinirlioglu said Israel would never retreat from the Gaza blockade — which remained as the main stumbling block for any reconciliation effort between the two governments — Erdogan interrupted him and said, “Do whatever it takes.”

It is nearly impossible to substantiate such a dialogue unless one day one of the involved parties speaks about it, but looking closely at the reconciliation deal, it is not difficult to come to the conclusion that Turkey dropped the precondition in order to get the agreement with Israel.

The Turkish-Israeli reconciliation, on Turkey’s part, reflects the following: the extent of isolation and desperation of Turkey in foreign policy; and Erdogan’s survival instinct, which can lead him to utmost flexibility and pragmatism.

The same day when the reconciliation between Turkey and Israel was announced, Turkey's long-awaited apology to the Russians came. The statement regarding Erdogan’s letter of apology to President Vladimir Putin on the Turkish downing of a Russian fighter plane Nov. 24 is one more foray by Turkey to get itself out of the isolation it found itself in.

The timing is also very telling. It comes at a time when Turkey has drifted into a troubled relationship with both the European Union and the United States, specifically as a result of Ankara's steady move toward authoritarianism. Neither Israel nor Russia has been causing waves over this autocratic trend.

Israel’s approach to Turkey is determined by strategic thinking. The Jewish state has always attached special importance to developing good and strong relations with the non-Arab power centers on the geopolitical periphery of the Arab world; the relationship Israel established with Turkey in the 1990s served many Israeli goals.

Naturally, the deal will also serve Erdogan’s Turkey in many respects. These are well outlined by veteran diplomat Ozdem Sanberk, who represented Turkey on the UN panel investigating the Mavi Marmara flotilla incident. He told Al-Arabiya that the deal is likely to mark the beginning of the end of Turkey’s relative isolation in the Middle East and that Turkish-Israeli rapprochement will bring more stability to the region, opening the way for agreements such as exporting natural gas through pipelines via Turkey.

The dual Turkish diplomatic offensive — reconciliation with Israel and Erdogan’s apology to Putin — allegedly conform to the new foreign policy paradigm adopted by new Turkish Prime Minister Binali Yildirim, who promised to increase the number of friends in the region and minimize enemies.

The blame for being at odds with almost all neighbors could be placed on the shoulders of Ahmet Davutoglu, the former foreign minister and former prime minister who had been regarded as an international policy wizard until very recently.

Thus, the latest steps in foreign policy can also serve as an opportunity to legitimize Erdogan's move in replacing Davutoglu with Yildirim.

Are these steps sustainable? While that is unclear, there is no doubt that they are significant.