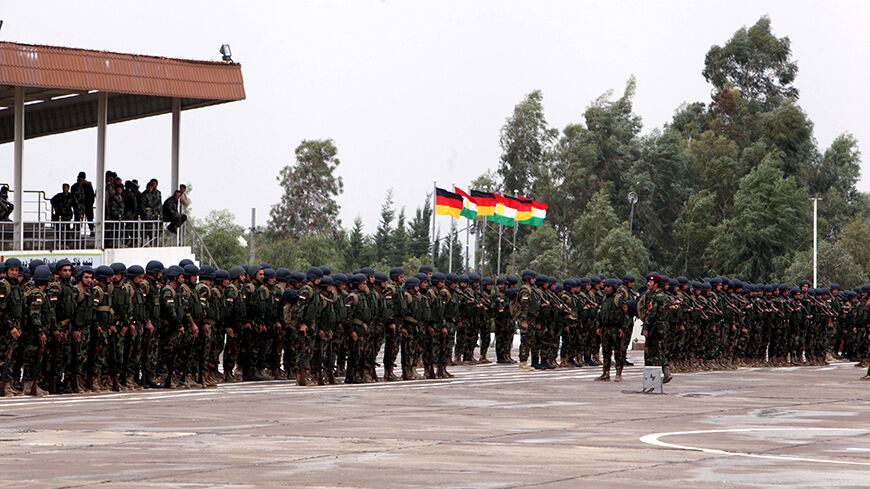 A key House panel voted unanimously Dec. 9 to bypass Baghdad and directly arm Kurdish peshmerga forces in their fight against the self-proclaimed Islamic State (IS).

The Foreign Affairs Committee bill goes further than previous such efforts by instructing the US president to merely "consult" with Baghdad, effectively cutting Prime Minister Haider al-Abadi's government out of the equation. The distinction wasn't lost on the Iraqi Embassy in Washington, which slammed the bill as "unwise and unnecessary" ahead of the vote.

"The focus of all Iraqis and our allies at this time needs to be on defeating Daesh [IS]," the embassy said in a statement. "Promoting artificial divisions among Iraqis can only distract from the struggle against our common enemy."

Kurdish forces have long complained that the current system of transiting US weapons through Baghdad has caused unnecessary delays in getting them to the battlefield. The Iraqi government disputes this, as does the Pentagon.

The House bill, from panel Chairman Ed Royce, R-Calif., and ranking member Eliot Engel, D-N.Y., has been bouncing around for more than a year. It further demonstrates that Congress considers the Kurdish peshmerga forces to be the only reliable allies in the fight against IS and is willing to challenge the Iranian-backed government in Baghdad on the issue.

"The Kurds are the sole US allied force operating on the ground against [IS] in Syria and Iraq," Royce said during the markup. "For the last year and a half, we've had one effective fighter in this fight: It is the 160,000-strong peshmerga force."

The bill would make it official US policy for the next three years to "directly provide the Kurdistan Regional Government with advanced conventional weapons, training and defense services." Such weapons could include "anti-tank and anti-armor weapons, armored vehicles, long-range artillery, crew-served weapons and ammunition, secure command and communications equipment, body armor, helmets, logistics equipment, excess defense articles and other military assistance that the President determines to be appropriate."

The bill accuses Baghdad of having "constrained and delayed the emergency supply of weapons to the Kurdistan Regional Government." It argues that the Iraqi Constitution guarantees Kurdistan's "right to defend itself against the clear and present danger posed by [IS]."

Lawmakers insist that the bill isn't aimed at dividing Iraq, but past efforts have provoked a backlash from the country's Shiite majority.

In the spring, the House Armed Services Committee proposed in the initial draft of its annual defense bill to deem Kurdish and Sunni forces as "countries" for the purposes of US foreign military sales law. The committee quickly backed down after Iraqi Shiite cleric Muqtada al-Sadr threatened to retaliate against US interests in Iraq and the Obama administration urged a toned-down approach.

The Senate, meanwhile, voted 54-45 in June to arm the Kurds directly. The amendment to the must-pass Defense bill fell short of the 60 votes needed to pass after a lobbying blitz by the Obama administration.

Meanwhile, Sunni forces have also been increasing their presence on Capitol Hill as they lobby lawmakers for similar legislation. Just before the Dec. 8 vote, a trio of Sunni leaders behind the al-Iraqiya political coalition wrote a letter to Royce and Engel urging them to also arm Sunni tribes battling IS.

"We strongly believe that Sunni communities in Iraq merit the same consideration, and encourage your committee this week to acknowledge the equal importance of ensuring that Sunni forces seeking to contribute to the defeat of Daesh [IS] also have the means to do so," they wrote, so far without success. "The Sunni Awakening of the last decade, which extinguished the threat posed by al-Qaeda in Iraq, stands as a vivid reminder of the successes we can achieve together through resolute action."

Engel told Al-Monitor that he hopes the bill could pass the House as early as Dec. 11 as lawmakers remain in town to wrap up spending legislation to keep the government open into next year. So far, no one in the Senate has introduced companion legislation.