An Iranian grand ayatollah wrote an open letter to Al-Azhar regarding the university's anti-Shiite essay competition. 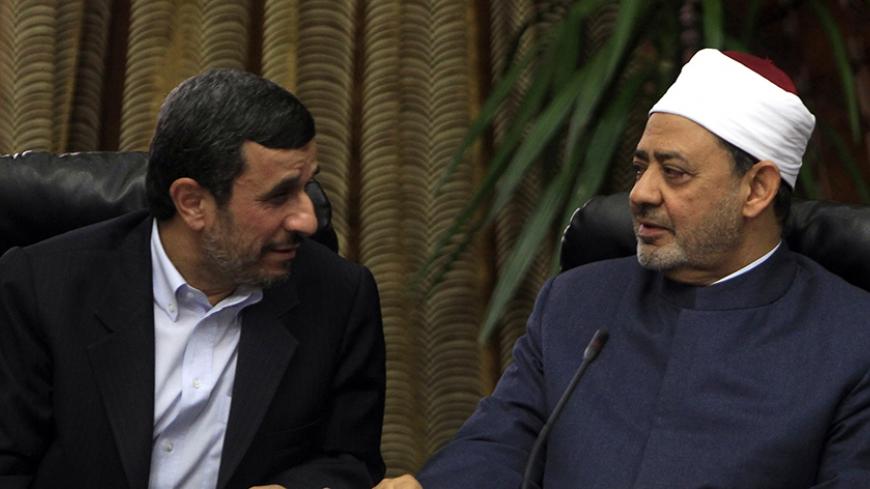 Grand Ayatollah Nasser Makarem Shirazi wrote an open letter to Sheikh Ahmed al-Tayeb, the Grand Imam of Al-Azhar University, warning him about the dangers of the recent anti-Shiite activities at the university.

Makarem Shirazi wrote that Al-Azhar has been a “bright spot” in the history of Islam, but he said that recent activities risk a “deviation at Al-Azhar from its moderate path.” He cited a number of recent events as the reason for his letter, such as an essay competition organized by the university to combat the spread of Shiite Islam in Muslim countries, comments by Tayeb that there was no need to have Shiites in parliament because there were no Shiites in Egypt “except a few peddlers of religion,” and the media attributing false beliefs to Shiite Muslims.

Makarem Shirazi asked, “According to Sharia and reason, is the path to resolving the challenges between the Islamic religion a scholarly discourse between the leaders of the religion or media wars and competitions against one another?”

Makarem Shirazi added that since the 1979 Islamic Revolution in Iran, there has not been one grand ayatollah to criticize Sunni Islam on state television, nor have there been essay competitions against Sunni Islam organized by the center for Shiite seminaries. He continued, saying that in Afghanistan and Iran, Sunni and Shiite officials work alongside each other with no difficulty.

In the instance that these competitions and activities incite Sunnis of Egypt against Shiites, leading to retaliatory attacks, "Would not the leaders of Al-Azhar be responsible for this blood spilling?" he asked rhetorically.

Makarem Shirazi said he has been and always will be optimistic about Tayeb and hopes that he will prevent the “deviation and downfall” of Al-Azhar and continue the path of former heads of Al-Azhar in their path of moderation.

Al-Azhar in Cairo is often referred to as the “highest seat” of learning in Sunni Islam. It oversees millions of students and has thousands of affiliated universities. Founded by an Ismaili Shiite caliphate in the 10th century, the head of the university, Sheikh Mahmood Shaltoot, in 1959 ruled that Shiite Islam "is a school of thought that is religiously correct to follow in worship as are other schools of thought.” However, in recent years, due to the “drift toward Salafism,” Al-Azhar has taken a harder line against the second-largest sect in Islam.

Religious differences between Sunnis and Shiites have been aggravated by a number of wars in the region, including in Syria, Yemen and Iraq. While having started for a number of reasons, these wars have taken on stronger religious overtones in the last several years, pitting Sunni and Shiite Muslims against one another with Shiite majority Iran and Sunni majority Saudi Arabia leading competing camps.

Given the tense political climate, attempts at intra-faith dialogue have been nearly impossible. Even artistic projects have been challenging. On Dec. 28, Iranian film director Majid Majidi accused Saudi Arabia of attempting to prevent the screening of his latest film, "Muhammad: The Messenger of God." Scholars at Al-Azhar and Saudi Arabia’s grand mufti both objected to the film, citing various religious reasons.