Israeli-Palestinian-Egyptian-Jordanian security coordination is the key to any unilateral move on Israel's part. 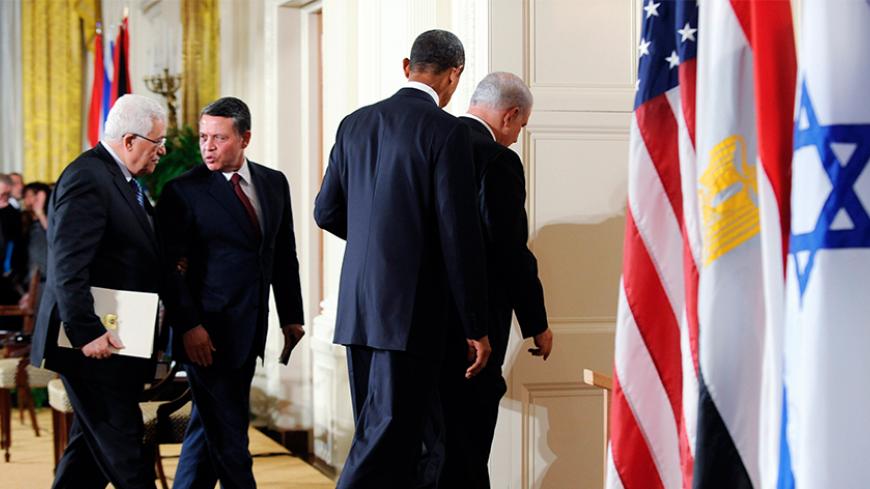 With the current total diplomatic stalemate regarding Israel and Palestine, one can hear emanating calls from different sides of the Israeli and Palestinian political spectrums for unilateral action in order to break the status quo.

In Israel, the extreme right, headed by Education Minister Naftali Bennett (HaBayit HaYehudi), is calling for Israeli annexation of Area C of the West Bank (60% of the territory, which is under Israeli civil and security control), while granting the Palestinians civilian self-rule in the rest of the territory. On the left, one increasingly hears calls for unilateral withdrawal from most of the West Bank in order to bring about a two-state solution. Even Prime Minister Benjamin Netanyahu spoke when he last visited Washington (Nov. 9) about a ''unilateral move,'' though after being attacked by his right over this declaration, he clarified that he did not refer to a unilateral withdrawal from the West Bank.

In Palestine, there are calls from within the Palestinian Authority (PA) leadership to move toward the establishment of an independent state by a combination of violence and unilaterally turning to the UN for the recognition of statehood.

A senior Norwegian official involved in Israeli-Palestinian conflict resolution since the Oslo process days spoke to Al-Monitor on the condition of anonymity about options for unilateral action in favor of a two-state solution. In the view of the Norwegian source, the current political structures and configurations cannot bring about the necessary decision-making process for a two-state solution. In Israel, there is, to a great degree, dependency on the right-wing settlers' electoral base; in Palestine, there is an inherent political weakness of the Mahmoud Abbas regime given the fact that the president’s moderation bore no political gains for the Palestinians.

In view of the diplomatic stalemate, the upcoming American election year and the political situation in both Israel and Palestine, the only party in which the Norwegian official detects a glimpse of hope for progress is the security establishments of Israel, Palestine, Egypt and Jordan: “Paradoxically, today it is the generals and heads of intelligence services who comprehend the necessity of a political solution to the conflict and the need for anti-terror cooperation. The real down-to-earth pragmatism exists among the security elites of these countries.”

The diplomat has held talks with senior security officials of these four countries. The conclusion he draws from these talks is that among security heads, at the moment at least, one can — at most — reach coordinated security efforts in order to stabilize the situation. In the long run, one of the ideas that other Middle East policy planners in the Norwegian foreign ministry are contemplating is a coordinated interim settlement between Israel and Palestine that would include a unilateral withdrawal of Israel from most of the West Bank, with coordinated security measures between the parties.

One must also draw conclusions from mistakes committed during the unilateral withdrawal from Gaza in 2005. The fact that the move, welcome in itself, was not coordinated with the PA in Ramallah led to Gazan instability and Hamas cementing its hold on the Gaza Strip.

In a possible West Bank unilateral withdrawal, several steps must be taken in order for it to become the bridge to a peaceful two-state solution:

The main advantage of such a scenario with this series of steps is the possibility to negotiate a way out of the current stalemate, despite the current inability of the political leaderships to act, especially since such a scenario leads to permanent status negotiations between equals (two states).

When asked about the details of this proposition, the Norwegian source told Al-Monitor that it resembles Norway’s interpretation of what the third redeployment from the West Bank should have looked like, as provided for in the Oslo Accord — the redeployment that was supposed to take place before permanent status.