How Turkey's new minimum wage may end up hurting employees 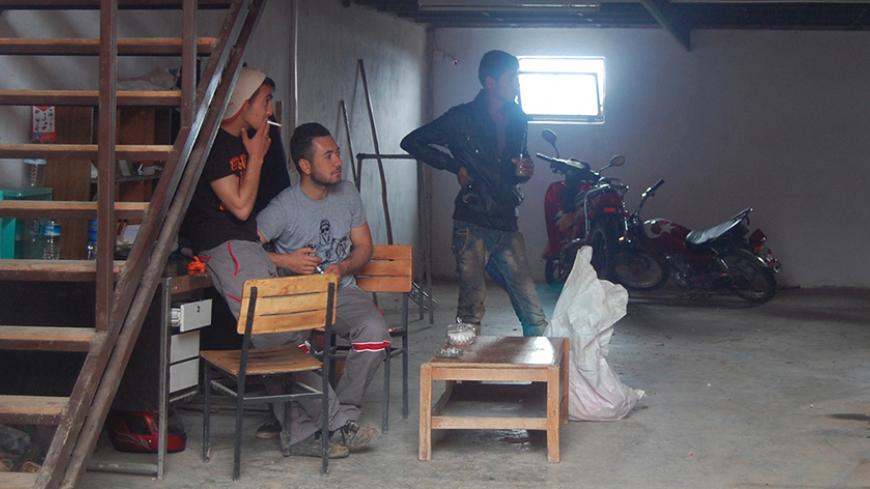 Syrian workers pause as they work at a rose-oil plant in Isparta, Turkey, May 30, 2015. - REUTERS/Ayla Jean Yackley

Turkey's nearly 5 million minimum-wage workers are getting a raise Jan. 1, but some of them may end up unemployed if businesses follow through on their threats.

One of the key campaign issues of the June 7 and Nov. 1 general elections was a minimum wage increase. When the main opposition Republican People’s Party (CHP) promised to hike the monthly minimum to 1,500 Turkish lira ($513) from about 1,000 lira, the ruling Justice and Development Party (AKP) countered by promising 1,300 lira. After the AKP won the Nov. 1 election with resounding success, the party said the new monthly minimum wage, about $445, will take effect Jan. 1.

The Labor Ministry has estimated there are 4.7 million minimum-wage workers in the country.

“Our factories can be moved to Romania, Bulgaria, Slovakia, Moldova and Egypt” if the minimum wage is raised to 1,300 lira, said Hikmet Tanriverdi, president of the powerful Istanbul Ready Wear and Apparel Exporters Association, which employs about 1 million people. Tanriverdi said that with the new wage, employers will be paying 450 lira more per worker each month. “Many of our companies can’t afford this difference,” which could lead to “employment of unregistered workers,” he warned.

Textile businessman Umut Oran, a CHP member and a vice president of Socialist International known for his research on the question of Syrians in Turkey, made the following assessment for Al-Monitor.

“The minimum wage should not be 1,300 lira, but 1,500 as the CHP proposed. But to put the entire weight on employers would encourage hiring of illegal workers. To save on labor costs, businesses — especially small and medium-scale enterprises — may prefer to hire unregistered workers," Oran said. "The CHP’s proposal includes setting up a system to encourage employers to hire registered workers. If this is not done, I am afraid there will be demand for Syrian workers."

Ibrahim Caglar, president of the Istanbul Chamber of Commerce, said, "The minimum brings on us an additional 16 billion lira burden. We want the state to assume at least half of that load.”

Bartu Soral, a former director of the UN Development Program, told the daily Sozcu that Turkey’s minimum wage level is in the lower-middle range of the EU member states; others estimate it ranks even lower. To prevent it from going down further, the minimum wage should be higher than 1,300 lira, Soral said.

Economist Soral said measures should be taken to discourage worker dismissals and hiring of unregistered labor if the minimum wage is increased. “Global research shows that every 10% minimum wage increase causes 1% worker reduction in the private sector, while increasing the ratio of illegal, unregistered workers,” he said.

Implications of this warning are clear. Employers could turn to the option of illegally hiring from among more than 2 million Syrians in Turkey. Second, if a 10% increase means 1% dismissals, a 30% increase for 5 million workers could well lead to firing of about 150,000 registered workers.

Syrians in Turkey are concentrated in the Gaziantep, Sanliurfa, Kahramanmaras, Adana and Mersin provinces of Istanbul. Syrians, hired at half the minimum wage in these provinces, are mainly employed in the textile sector.

Two weeks ago, a news report said many Syrians in textile factories of the Mersin Free Zone were working under slavery conditions without any social protection benefits. According to this report in the daily Birgun, a Syrian worker makes half the minimum wage a Turkish worker is paid. Moreover, as they are unregistered, employers don't have to pay their taxes. To complaining Turkish workers, employers shrug their shoulders and say, "If you don’t like it, you can leave. I have hundreds of Syrians at the gate.”

Ahmet Subasi, a representative of the Revolutionary Textile Workers Union, summarizes the situation in the sector: “The bosses of the free zone set up undeclared private workshops in side streets and employ Syrian workers to lower their costs even further.”

But an official minimum wage for Syrians legally employed in Turkey was set at 891 lira per month for 2015. An employer must pay about 36% in taxes and social welfare fees for each worker. Employers who think that is too much instead pay about 750 lira. Syrians who don’t have much choice agree to work at the lowest wages.

After Jan. 1, with the new minimum wage in effect, there will be an increase in demand for Syrian workers, which may bring about slight increases in Syrian wages. A Turkish employer, instead of paying a minimum wage of 1,300 lira, plus taxes and social protection fees, may opt for unregistered workers. This could easily increase Turkey’s unemployment rate, which already stands at more than 10%. Economist Muammer Komurcuoglu estimates that raising the minimum wage may increase unemployment by between 0.5% and 1%.