The influx of Syrian refugees into the labor market has become a big advantage for business owners in Turkey’s ongoing economic crisis, but their employment may fan social tensions as the country’s army of jobless grows. 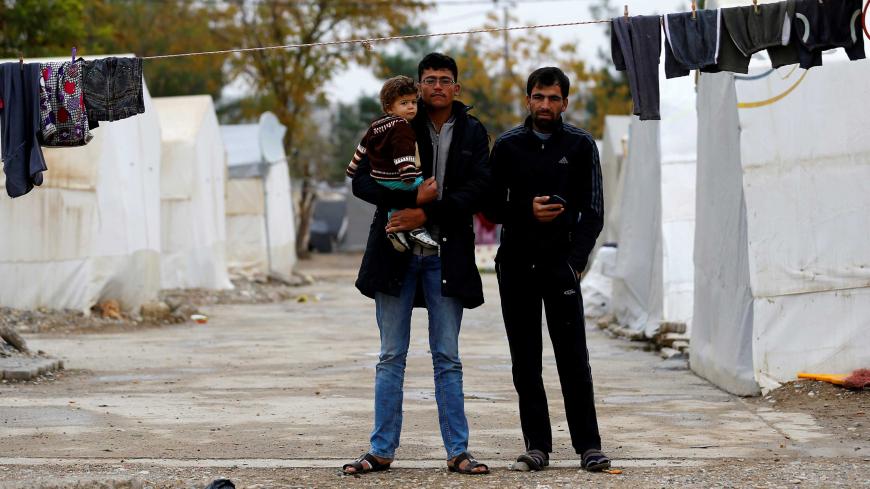 Syrian refugee Omer Muhlec (L) carries his 1-year-old nephew Cafer as he stands in front of his tent with his brother Ahmet Muhlec (R) in Nizip refugee camp, near the Turkish-Syrian border in Gaziantep province, Turkey, Nov. 30, 2016. - REUTERS/Umit Bektas

Speaking at an international gathering on migration last week, President Recep Tayyip Erdogan said Turkey had spent over $37 billion in “national resources” on Syrian refugees, who numbered more than 3.6 million in the country in January.

How the $37 billion sum is calculated remains unknown. Figures available in the budget and annual programs are not even close to Erdogan’s expenditure tally. Opposition parties claim that Ankara exaggerates its assistance, arguing that a significant part of the refugees earn a living as cheap workers, without government help. What is the true scale of assistance and to what extent do Syrians sustain themselves by working?

After the outbreak of the Syrian civil war in March 2011, Ankara adopted an open-door policy for Syrians fleeing to Turkey. Ankara granted them education, health care, welfare assistance rights and access to the labor market under a “temporary protection” regime. It remains unclear how much of the money spent on the refugees originated from Turkey’s own budget and how much came from foreign assistance funds.

According to figures by the Turkish Cooperation and Coordination Agency, the predominantly Syria-focused ODA reached nearly $21 billion in the 2013-2017 period. One should keep in mind, however, that this sum also included funds secured from abroad. The presidency’s 2019 program, for example, notes that “a Social Adaptation Assistance Program is underway to meet the needs of impoverished individuals of foreign nationality, primarily Syrians, in the framework of the Urgent Social Security Network model, to be covered with funds from the European Union” and in cooperation with the World Food Program, the Turkish Red Crescent and the EU’s humanitarian aid fund, ECHO.

Under a 2015 refugee deal with Turkey, the EU pledged 3 billion euros for 2016-2017 to support efforts in the areas of humanitarian aid, education, health care and the labor market. The sum was put into contracts as part of 72 projects, and 1.94 billion euros were transferred to implementing agencies, according to the presidency’s 2019 program. In the second phase of the deal, which envisages another 3 billion euros in EU assistance for the 2018-2019 period, five projects have so far been put into contracts worth $450 million.

According to latest data, only about 145,000 Syrian refugees live in the 25 government-run camps, while the remaining 3.5 million are scattered across Turkey, struggling to make a living on their own. The number of unregistered Syrian workers is estimated at more than 1 million. In fact, the majority of refugees work for low wages and in bad working conditions as unregistered laborers without any legal status and rights. They are employed mainly in the agriculture, construction and textile sectors and labor-intensive industries, often as seasonal workers. The employment of Syrians has revived the problem of child labor, which Turkey had managed to largely stamp out after years of hard efforts.

As the Turkish economy slowed down and descended into a crisis, the refugees’ influx into the labor market has become a big advantage for business owners, especially in the garment and construction sectors. A World Bank report notes that the inflow of refugees to the labor market has resulted in a reduction in wages.

According to a survey by the Economic and Social Research Center of Istanbul’s Bahcesehir University, the average monthly wage of young Syrians employed in Istanbul was 1,400 Turkish liras ($264) for men and 1,300 for women in 2017, compared to 1,660 Turkish liras for the city’s overall average in the same age group. Half of young Syrian men and three-fourths of young Syrian women earned less than the minimum wage. About a fourth of the refugees believed they suffered discrimination and were denied jobs for being Syrian.

On the other side of the coin, refugees have set up companies in Turkey, working for themselves or employing others. According to data from the Turkish Union of Chambers and Commodity Exchanges, Syrian nationals established some 7,000 companies by 2017. Concentrated mainly in Istanbul and Gaziantep, a province bordering Syria, the companies are active mostly in the field of commerce.

Figures by Turkey’s central bank, meanwhile, show that foreign capital investments of Syrian origin reached $71 million at the end of 2017, up from $1 million in 2011, the year the conflict in Syria erupted. The figure represents only 0.04% of the total foreign capital stock in Turkey, but the quick increase is still meaningful. There have been also unregistered capital inflows, but their amount is hard to estimate.

In sum, Syrian refugees rely not only on Ankara’s assistance and foreign aid, but also on their own elbow grease, struggling to sustain themselves as unregistered and low-paid workers, often in labor-intensive jobs. How long they can hold on to their jobs in the ongoing economic crisis is hard to tell. With Turkey’s unemployment rate on the rise, the refugees’ employment, albeit highly exploitative, might further annoy the country’s own jobless. Whether this could fuel discriminatory and even racist sentiments is a pertinent issue to watch in the coming days. 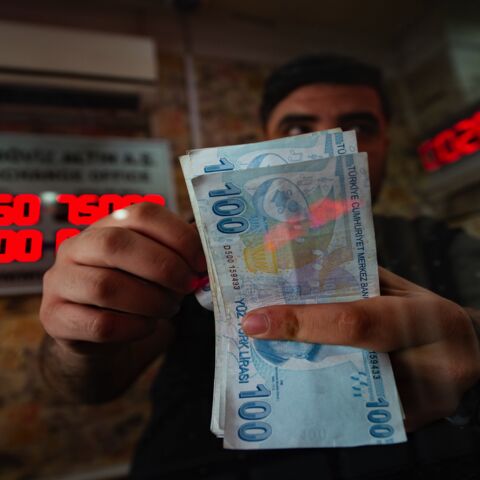 Is Ankara capitulating to or allowing lira’s depreciation?