Turkish grannies to get state salaries for grandchildren’s care

The Turkish government has drawn up a program of financial support for women who assume the home care of their grandchildren in the age group of 0-3, but not everyone is happy with the program. 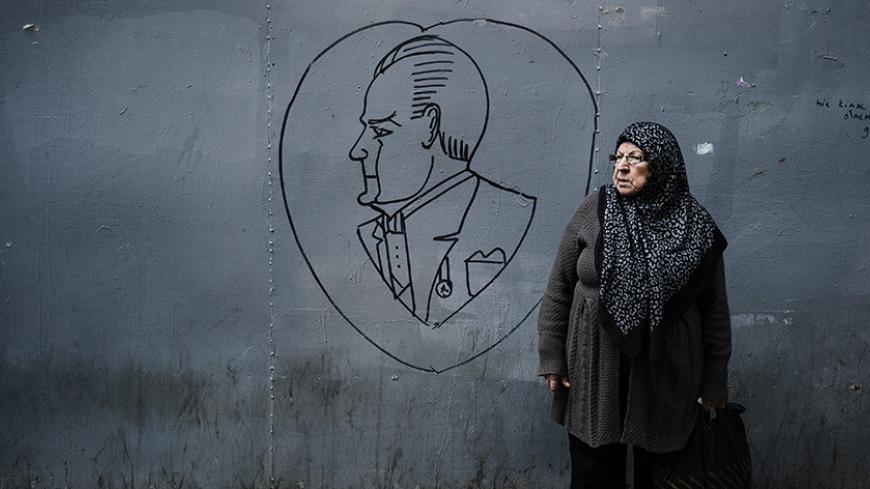 ANKARA, Turkey — Child care is the biggest challenge for working mothers, but the Turkish government has found an easy solution: pay grandmothers to look after the children.

Turkish law requires workplaces, both public and private, to provide child care facilities for their employees, but most establishments do not comply with the rules to avoid additional costs. Instead of fulfilling their responsibilities, they prefer to pay fines.

The governing Justice and Development Party has been closely concerned with family affairs. President Recep Tayyip Erdogan has led a campaign for Turks to have at least three children, while the government has introduced incentives for marrying early, including while still at university, and gold-coin awards for each newborn baby.

In 2015, the government launched a European Union-funded child care support program in three pilot provinces, under which working women with children ages 0-2 receive 416 euros ($441) per month provided they employ a socially insured nanny. The program, expanded to Ankara and Istanbul provinces in November, aims to boost female employment, both by keeping the mother at work and ensuring the labor rights of nannies. One eligibility condition for the program is that the caretaker is not a grandmother of the child.

In Turkey, grandmothers traditionally volunteer to look after the children of their sons or daughters, and the practice is widespread in all social segments. The government has now announced a plan to pay salaries to those grandmothers as part of a program called National Mobilization in Working Life.

The project is scheduled to kick off in February in two provinces — Bursa and Izmir — and cover 1,000 families initially. After a six-month monitoring and evaluation period, it will be expanded to other provinces with an ultimate target of covering 500,000 grandmothers.

For nonworking or retired grandmothers, whose pensions range mostly between 1,000 and 1,800 Turkish liras ($250-$450), the project means an opportunity to earn additional income while taking care of grandchildren at home.

When the plan was first announced in early January, grandmothers were truly excited, expecting a salary similar to the 416 euros (1,664 Turkish liras) in the EU-funded nanny program. But Labor and Social Security Minister Mehmet Muezzinoglu soon cooled the excitement, announcing that the program would cover the children only of women who work part-time, to allow them to shift to full-time jobs and hence earn more. In an interview with CNN Turk, the minister said the grandmothers would receive about 400 Turkish liras (99 euros or $105) per month.

Then the project came under fire for promoting home care for young children by older people rather than in an environment among peers in nurseries and kindergartens.

Burcin Demirkan Baytar, a Turkish child psychologist and family consultant, writes on her personal blog that a grandmother cannot keep up with the energy of a child. If home care is the preferred option, she advises that an experienced nanny who is at least 25 take care of the child under the supervision of the grandmother.

In a Jan. 6 statement, the Women’s Labor and Employment Initiative (KEIG), a platform of civic groups working to empower women, sharply criticized the government’s plan, saying it reflected a “cost-cutting economic mentality” whereby the state attempts to get rid of a duty it is supposed to perform and place it on the shoulders of women.

Citing statistics by the Ministry of National Education, the statement said the number of public nurseries had fallen from 497 in 2007-2008 to 56 in 2015-2016, stressing that child care had been left almost entirely to the private sector and the family. And because private nurseries are quite expensive and often of low quality, child care duties are met largely by women in the family, it said.

“When put in the context of problems such as female poverty, female labor’s concentration in low-paid, insecure jobs and the poor accessibility of child care and education services, this policy speaks of opportunism,” the statement said.

In KEIG’s view, the government not only flouts its duty to provide child care facilities as a public service but, with its latest plan, discriminates against working mothers who need them most — those who lack elder relatives for child care. “This approach precludes both the opportunity for a more independent life for women, who, after a certain age have lighter burdens, and the understanding of early childhood education and care as a public service that needs to be provided institutionally,” it said.

In sum, the support offered to families raising children — the future of the nation — should be thoroughly analyzed before being put into practice. Experts stress that the education and care children receive in their first three years bear directly on their future.

Sadly, uneducated, low-income grandmothers have already started to compete for the care of grandchildren. For working parents, any relief from the prospect of state support could be now superseded by family crises in which the grandmother assumes the care of the child.