After joining the Vienna II talks on Syria, Iran continues to hedge its bets, including beefing up the Syrian National Defense Forces, to ensure its ability to protect its interests in the country and the region. 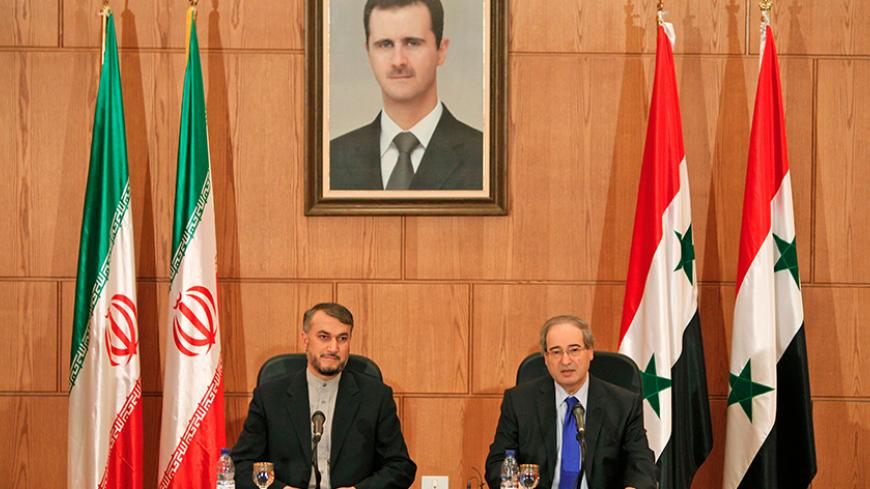 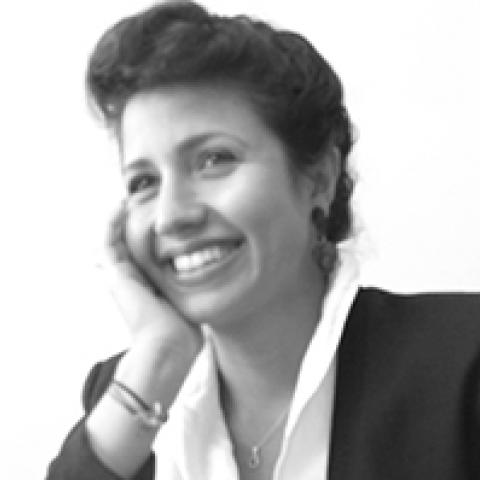 The countries party to the statement of the International Syria Support Group, which was agreed to Nov. 14 in Vienna, seek to implement a road map to end the Syrian conflict under conditions most favorable to their own strategic interests. In the short term, the world and regional powers involved in this process are likely to maintain maximalist positions, in a bid to preserve their bargaining leverage, while fighting continues on the ground in Syria. Over time, however, this process could be crucial to ascertaining the red lines of four critical stakeholders: Russia, the United States, Saudi Arabia and Iran. A compromise among them is paramount to any lasting political settlement in Syria.

The conclusion of the July 14 Joint Comprehensive Plan of Action between Iran and six world powers coupled with Moscow’s insistence that Tehran be involved in the Vienna talks mark a shift for the West. Rather than containing Iran on regional dossiers, there is now more openness to engagement. Iranian participation for the second time in the Vienna talks also indicates that its leadership does not want to be perceived as the spoiler on this new political platform. Iran’s endgame in Syria is detailed, complex and has dimensions that could change depending on how the conflict evolves. Yet, two fundamental interests will drive Tehran’s negotiating position at the talks.

The first is preserving access to Lebanon and sustaining Hezbollah’s strategic depth against Israel and the US military presence in the region. The second is ensuring that, at a minimum, any future government in Damascus is not hostile to its regional interests. While these core interests are likely to be non-negotiable for Iran, the means of preserving them could be flexible.

In an optimal scenario for Tehran, Syrian President Bashar al-Assad would retain control of the central government and, with Russian air support, regain more of the core Syrian territory lost to the opposition. An acceptable alternative would be a post-Assad leadership able to assert control over Syria’s security apparatus while safeguarding Iran's core interests. Both of these scenarios are nonstarters for Syrian opposition groups and Saudi Arabia, albeit for different reasons.

The opposition groups are demanding that Assad and his inner political circle step aside and be barred from running in future elections. By contrast, Tehran has so far insisted that Assad be allowed to stand in elections. At the Vienna talks, Iran pledged its support for UN-supervised elections and has for some time argued that if Assad has truly lost legitimacy, Syrians can express this through the ballot box. The bigger problem for the Syrian opposition groups is not so much that Assad might be allowed to run, but not being able to trust that the oversight mechanism, including one overseen by the United Nations, will be immune from tampering.

The Saudis' goal in Syria is less connected to Assad per se and more focused on upending Iranian ties to Syrian security organs. Saudi Arabia, alongside Qatar and Turkey, has supported both nationalist and Islamist opposition forces to counter Damascus and Tehran. In response, Iran is pursuing two parallel tactics to shield its interests: It continues assisting Assad and the Syrian army to fight opposition forces, while the Islamic Revolutionary Guard Corps (IRGC) is widely thought to be stepping up support to pro-regime paramilitary groups, notably the Syrian National Defense Forces (NDF), as a separate and long-term path to securing Tehran’s core interests.

The NDF rose to dominance in early 2013 as an umbrella organization merging pro-Assad armed militia groups and popular committees. The group consists of fighters from an array of Syrian ethnic and religious communities. It is in theory overseen, armed and trained by Damascus, but in practice — with the weakening of the Syrian regime — the IRGC is believed to be commanding and training it. Hezbollah remains Iran’s most reliable partner actively fighting in Syria, but eventually this force will need to return to its home base of Lebanon. When that happens, Iran will need alternative organizations, like the NDF, to protect its access to the Syrian highway to Hezbollah.

Although Shiite forces are not the majority within the NDF, its structure and anti-insurgency operations are similar to those of other militia groups that Iran has backed, such as Hezbollah and various Iraqi Shiite militias. These have proven effective at protecting Iran’s strategic objectives in the region. It would thus be natural for Iran to hedge its bets in Syria with the NDF as a fallback in lieu of a strong and pro-Tehran future Syrian government. Forces like the NDF could also be Iran’s best means of protecting its interests if Syria is forced into partition, a scenario that all the stakeholders hope to avoid.

Given the aftermath of the Western military interventions in Libya and Iraq, both Washington and Moscow want to avoid a situation in Syria where nonstate actors and regional proxies dominate on the ground. Such a scenario risks imposing a state of paralysis on any future Syrian government. The West is concerned about the implications of the IRGC’s influence over NDF forces, believed to number 60,000 at the least, and its ability to undermine a post-Assad security establishment. Iran, however, seems more driven by the greater need to strengthen militias in Syria in the absence of meaningful external guarantees for how extremist opposition groups like Jabhat al-Nusra will be dealt with. Iran is unlikely to cut its ties to Syrian militia groups until factions like Jabhat al-Nusra and the Army of Conquest are marginalized.

There is no guarantee that Iran’s continued mobilization of militia groups in Syria will be compatible with Moscow’s longer-term vision for a Middle East ruled by centralized state structures. Russia and Iran share the common objectives in Syria of maintaining the so-called axis of resistance (Iran, Iraq, Syria and Hezbollah) against the West, strengthening Assad’s position in negotiations and preventing the collapse of Syria's security apparatus. For now, Moscow and Tehran appear focused on cooperating to achieve these immediate goals using Iranian boots and Russian planes.

The extent to which Iran continues to back Assad and deepens its ties to militia groups in Syria will be directly linked to the reliability of guarantees, if any, that might be given to secure its core interests as part of a final Syria settlement. The surge in IRGC fatalities over the past month may force Iran to reconsider its means of retaining influence in a future Syria. The IRGC’s top brass, however, having fought a brutal conflict for eight years against Saddam Hussein's Iraq, is far from the threshold of making extensive concessions on Iranian red lines. Iran, like other countries at the Vienna talks, will therefore continue to negotiate under fire until one or both sides reach the necessary threshold for a meaningful compromise to emerge. 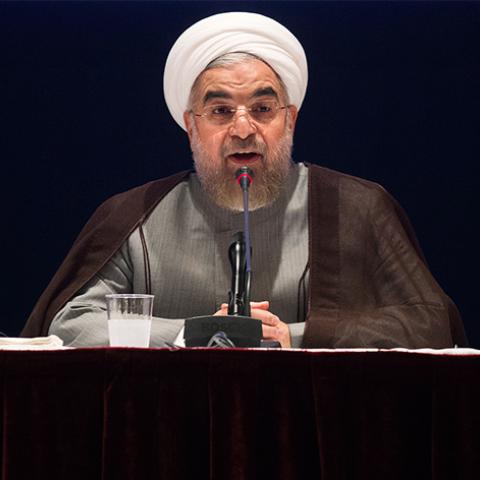 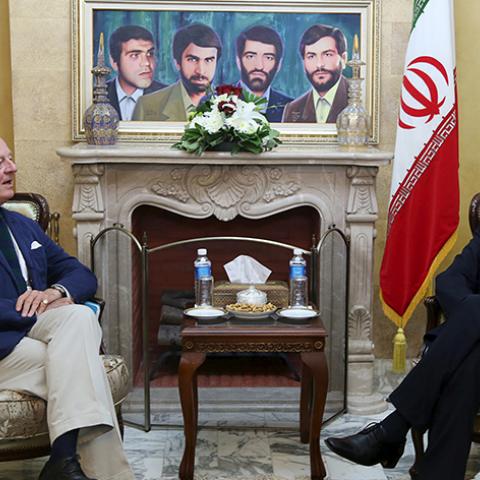