Speaking with Arab media, Iranian Foreign Minister Mohammad Javad Zarif said that Iran and Saudi Arabia have the same interests and challenges and should work together. 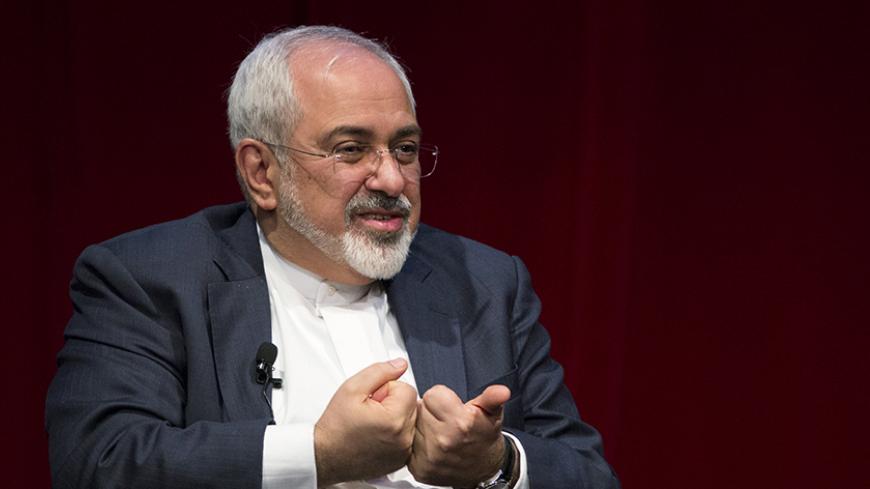 Iran’s foreign minister, Mohammad Javad Zarif, speaking to Arab reporters Oct. 14 in Tehran, called for talks with Saudi Arabia, Iran’s regional rival. Zarif has been on a lobbying offensive to start the process of addressing many of the differences between the two countries, especially regarding Yemen and Syria, where civil wars show no signs of abating.

Speaking to Majid al-Ali, editor of the Kuwaiti newspaper Al-Rai, and other Arab journalists, Zarif, in response to the question “What does Iran want from the Arabs?” said, “We are after advancing friendly relations with our Saudi Arabian friends.”

He added, “We and Arabs in the region are in one ship, and if this ship sinks, everyone will drown together, and there is no one that will save us. I hope that our Arab friends pay attention to this principle and know that our future is the same and understand that Iran is with them to reach an oasis of stability.”

Zarif suggested that Iran and Saudi Arabia could work together on counterterrorism in the region, asserting, “Our hands are extended to our friends and brothers in order to fight terrorism, and this is not just a slogan.” He added, “We and Saudi Arabia have the same interests and challenges, so why shouldn’t we work together. The time has come to think of group interests.” Zarif said that Iran’s “first priority is to expand relations with regional countries,” a view shared by both the supreme leader, Ayatollah Ali Khamenei, and President Hassan Rouhani.

Although Zarif has been an advocate of opening talks with Saudi Arabia, and even attempted to arrange a meeting with Saudi Foreign Minister Adel al-Jubeir at the UN General Assembly in September, but was rebuffed, he acknowledges the current and historical obstacles. As many Iranian officials are keen to do, he cited the support Arab states in the Persian Gulf lent Iraqi President Saddam Hussein during the Iran-Iraq War of the 1980s. “Our Arab friends who in the eight years of war against Iran supported Saddam know that we did not demand anything from them for their support,” he said.

Zarif also talked about the nuclear negotiations between Iran and the five permanent members of the UN Security Council, saying, “Our Arab friends approached America to damage the nuclear agreement.” He claimed that Saudi Arabia has the same position as Israel with respect to the nuclear deal in that they both see it “as a danger for themselves.” He called this view “unfortunate,” asserting that the deal has nothing to do with regional issues and is not an agreement “against” regional countries.

Most states in the Arabian Peninsula issued statements of support for the nuclear deal, noting that their problems with Iran stemmed from Tehran’s regional policies, not its nuclear program. In terms of these regional policies, Iran and Saudi have numerous differences.

Zarif encouraged a political solution for the two most pressing areas of disagreement, Syria and Yemen. On Syria, the two sides strongly disagree on whether President Bashar al-Assad should stay in power. Iran’s deputy foreign minister for Arab and African affairs, Hossein Amir-Abdollahian, repeated Tehran’s position on Oct. 15 that it is up to the Syrian people whether Assad stays, while Saudi Arabia holds that a political solution must include Assad’s exit.