The first year of implementation of the Iran nuclear deal will be especially critical to ensuring its success and durability over the long haul, former US Deputy Secretary of State William Burns tells Al-Monitor. 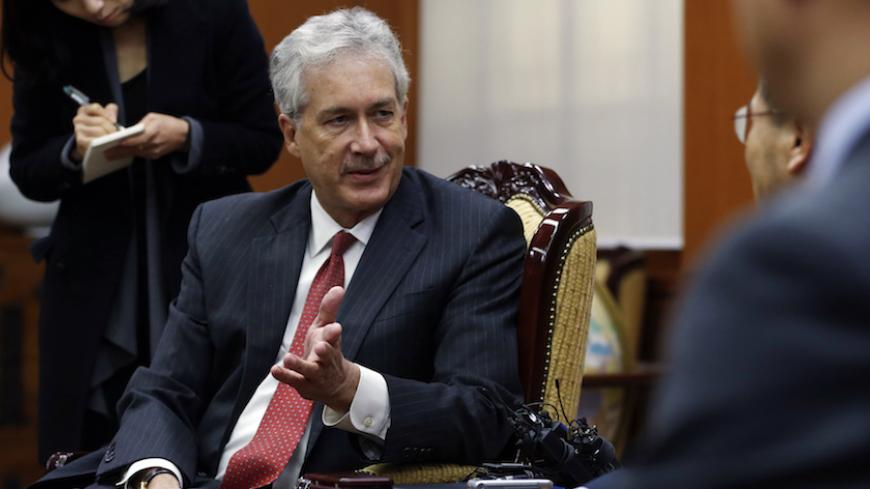 Former US Deputy Secretary of State William Burns, who led the secret US diplomacy with Iran, told Al-Monitor that implementing the Iran nuclear deal the first year will be critical to ensuring its durability.

The parties “have got to establish a solid track record of implementation,” said Burns in an interview with Al-Monitor July 24.

If over that year there is solid execution of the accord and swift action to reverse any breaches or tests of ambiguities, that will help build confidence and insulate the deal from any attempts by would-be spoilers to derail it, and deepen stakeholders' investment in the deal, including by the new US administration that comes into office in 2017.

“The Iranians will inevitably test the provisions of the deal, and that’s why a rigorous commitment to execution is so important for the US and our partners right from the start,” said Burns, now president of the Carnegie Endowment for International Peace.

“I keep coming back to implementation,” Burns said. “There is no substitute. Unless that is going OK,” it will reduce the space to potentially talk with the Iranians on other issues.

Regarding possible follow-up talks with Iran on regional issues, such as Syria and countering the Islamic State (IS), the United States will need to push back on Iran’s destabilizing activities in the region — such as arms exports to Hezbollah — while simultaneously showing openness for constructive talks, former US officials said. This model of pressure plus constructive engagement was used both on the Iran nuclear issue and in pushing back on Soviet aggression while simultaneously negotiating with it on arms control.

Some European allies have expressed interest in seeing if they could build on the momentum of the Iran nuclear deal and employ the P5+1 (the permanent five UN Security Council members plus Germany) Iran model, possibly adding Saudi Arabia or other regional players, to tackle regional crises. But it may be premature to move on to that yet, European officials said.

“The Iran deal could really be a ‘format' for other crises, but it’s too early to imagine a concrete initiative,” a spokeswoman for European Union High Representative Federica Mogherini told Al-Monitor by email July 27. “For sure, the [High Representative Mogherini] is a strong advocate of multilateralism and of the need to involve all the main actors of the region to try to find a solution for Syria and for fighting [IS].”

Mogherini traveled to Saudi Arabia July 27 and held meetings with Saudi Foreign Minister Adel al-Jubeir to discuss the Iran nuclear deal, Syria, IS and other matters. She travels to Iran July 28, where she is expected to hold a joint press conference with Iran Foreign Minister Mohammad Javad Zarif. Zarif also traveled to Kuwait, Qatar and Iraq over the weekend, stressing on his tour Iran’s desire to improve regional relations.

“Iran stands behind the people in the region to fight against the threat of extremism, terrorism and sectarianism,” Zarif said at a news conference in Kuwait July 26. “Our message to the regional countries is that we should fight together against this shared challenge.”

But Jubeir, speaking at a news conference with Mogherini July 27, rebuffed Iran’s offer to seek improved regional ties and accused Tehran of threatening its ally Bahrain.

“We reject their comments and reject the hostility they show toward the Kingdom of Saudi Arabia and the countries of the region," Jubeir said July 27.

US Secretary of State John Kerry is expected to discuss the Iran deal as well as prospects for revived Syria talks when he meets with Russian Foreign Minister Sergey Lavrov and Gulf Cooperation Council states in Doha, Qatar Aug. 3. On July 27, Kerry announced the appointment of Michael Ratney as the new US special envoy for Syria. An Arabic-speaking foreign service officer, Ratney previously served as US consul general in Jerusalem, as well as in Qatar and Iraq.

"We remain committed to reaching a negotiated political transition away from [Syrian President] Bashar al-Assad, working to counter the shared threat of terrorism, supporting the moderate opposition, and addressing the humanitarian disaster and its impact on Syria’s neighbors," Kerry said in a statement July 27 announcing Ratney's appointment.