The United States welcomed the decision by Iran’s foreign minister to attend international talks on trying to end the Syrian war, while Saudi Arabia remained cautious. 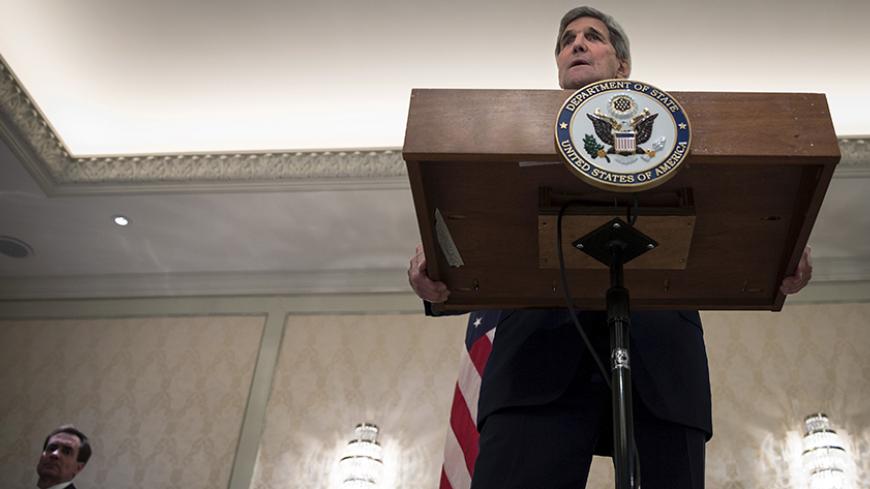 Washington — In a breakthrough for long-stalled diplomatic efforts to try to end the Syrian war, Iran has agreed to accept an invitation to participate in international talks on Syria for the first time, Iran’s Foreign Ministry said Oct. 28.

Secretary of State John Kerry welcomed the decision, saying the talks among the dozen nations to be held Oct. 30 in Vienna — to include Iran for the first time — present the best opportunity to chart a path toward a political solution to the 4½-year-old conflict.

“While finding a way forward on Syria will not be easy … or automatic, it is the most promising opportunity for a political opening,” Kerry said Oct. 28 in a speech to the Carnegie Endowment for International Peace. “The best opportunity we have is to try to come to the table and recognize a political solution.”

“Ultimately, to defeat Daesh [Islamic State, or IS], we have to end the war in Syria,” Kerry said. “And that is America’s goal.”

While the United States, Russia and Europeans have said — since reaching the Iran nuclear deal in July — that Iran should be included in future Syria multilateral talks, Saudi Arabia has long rebuffed the request for direct talks with Iran, which Riyadh accuses of fomenting instability in the Arab world.

But Saudi Foreign Minister Adel al-Jubeir, speaking Oct. 28 with British Foreign Secretary Philip Hammond in Riyadh, said the Saudi government was persuaded by its international partners to let Iran come as a “test” to see if it could play a constructive role.

"The view of our partners … was that we should test the intentions of the Iranians and the Russians in arriving at a political solution in Syria, which we all prefer," Jubeir told a news conference in Riyadh on Oct. 28.

In addition to the United States and Iran, also expected to attend this round of Syria talks are the foreign ministers of Russia, Turkey, Saudi Arabia, Egypt, Jordan, the United Arab Emirates, Qatar, Germany, the United Kingdom, France and Italy, as well as European Union High Representative Federica Mogherni and UN Syria envoy Staffan de Mistura.

Despite the breakthrough in convincing Saudi Arabia to include Iran in the Syria talks, there is likely a long road ahead in getting to a negotiated solution on Syria, officials said.

“You’re going to see more such meetings,” State Department spokesman John Kirby said Oct. 27. “The goal is to come up with a framework … for a successful political transition in Syria. That’s a difficult task.”

But Kerry, speaking at Carnegie before he departed Oct. 28 for Vienna, said in a meeting between him and the Russian, Saudi and Turkish foreign ministers in Vienna last week that he felt they had “broken some new ground.” He articulated a long list of goals for Syria that he said the United States, Russia and the other nations coming to the talks agree on.

“Russia and the US share an amazing amount of common ground,” Kerry said.

He noted that both sides agree on the need for a political solution; that victory by IS has to be prevented; on the imperative to save the state of Syria and its institutions; to preserve a united and secular Syria; and to create conditions for the return of displaced persons and refugees. "We agree on the right of the Syrian people to choose their leadership through transparent, free, and fair elections with a new constitution and protections for all minorities in the country," Kerry added.

“We agree on all that,” he said. “Surely we can find a place where one man does not stand in the way of the possibility for peace.”

Envoys look to gain momentum for peace in Syria