Iranian officials have entered the negotiations to find a political solution to the Syrian civil war though they will not accept conditions for President Bashar al-Assad's removal. 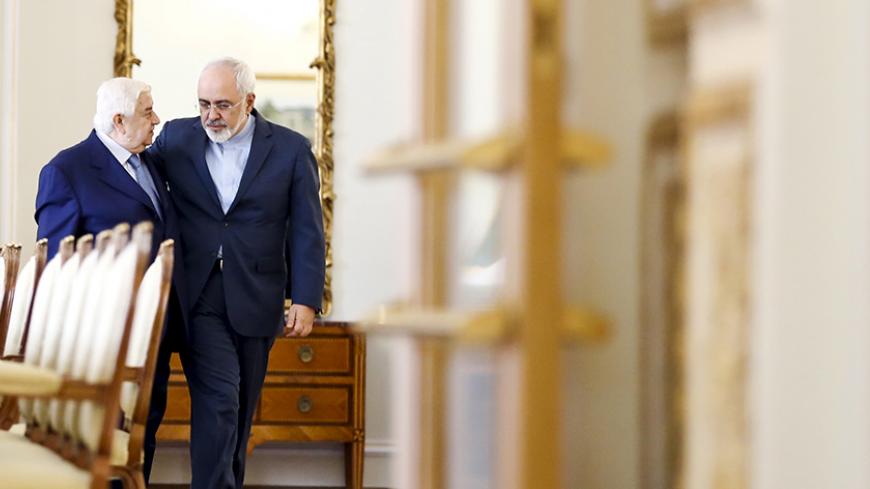 After years of wanting a seat at the table of the political process to end the 4½-year-old Syrian civil war, Iran will take part in talks in Vienna along with ministers from European and Middle Eastern countries. The invitation has led to a range of responses in Iranian media, from proclamations that Iran’s important status in the region has been recognized to concerns that the United States is using the talks as a cover to put American boots on the ground in Syria.

Jaffar Hagh-Panah wrote in Iran newspaper, which operates under President Hassan Rouhani's administration, “This is the first time that Iran has been invited without preconditions to the Syria peace negotiations.” He wrote that the most important short-term accomplishment for Iran’s presence in the talks could be the reduction in conflict and help with Syrians who have been displaced or are refugees.

Hagh-Panah added that if a political resolution is successful, it can reduce the anti-Iranian sentiment in the region and “Iran’s new place in the region will officially be recognized.” He believes that this will reduce regional tensions and help in addressing other crises, including Yemen, Iraq and Lebanon.

Javan newspaper, which is connected to the Islamic Revolutionary Guard Corps, wrote that Iran’s invitation to the talks is a side issue to the real story in Syria. The article said the invitation is connected to comments by US Secretary of Defense Ash Carter that there will be “direct action on the ground” by US forces in Syria and Iraq. The article stated that given the Syrian government’s recent successes on the battlefield, which have been helped by Russian air power, the United States is using the fight against the Islamic State as an excuse to have a military presence on the ground in Syria.

The Oct. 30 talks will be the first time that Saudi and Iran will address the crisis in Syria. While Saudi Foreign Minister Adel al-Jubeir explicitly said Oct. 28 that they are hoping for there to be a “certainty that [President] Bashar al-Assad will leave,” comments by Iranian officials did not give any such guarantees.

Hossein Amir-Abdollahian, deputy foreign minister for Arab and African affairs, who accompanied Foreign Minister Mohammad Javad Zarif along with deputies Abbas Araghchi and Majid Takht-e-Ravanchi to Vienna, told Iranian television Oct. 29 that Iran’s involvement in the talks “is an opportunity to help strengthen the fights against terrorism and the political process in Syria.” He added, “Those who have the goal of transition from Bashar al-Assad know well that within the framework of a political process, it is only the Syrian people who can decide their own fate.”

Secretary of Iran’s Supreme National Security Council, Ali Shamkhani, also addressed the condition of Assad’s transition, saying Oct. 28 that Iran would enter the talks “without any preconditions.” One of the main obstacles to Iran attending political talks involving Syria was their rejection that they accept a June 2012 Geneva I communique stressing a “transition of power” that would force Assad to step aside.

While the prospect of Iran and Saudi Arabia sitting down together to address regional issues is hopeful, the harsh rhetoric between the countries has not subsided. The chief of staff of the armed forces, Hassan Firouzabadi, slammed Saudi Arabia’s role in the talks Oct. 29, calling it “suspect and illegitimate.”