UNICEF is partnering with a Lebanese NGO to draw attention to the needs of Syria’s children. 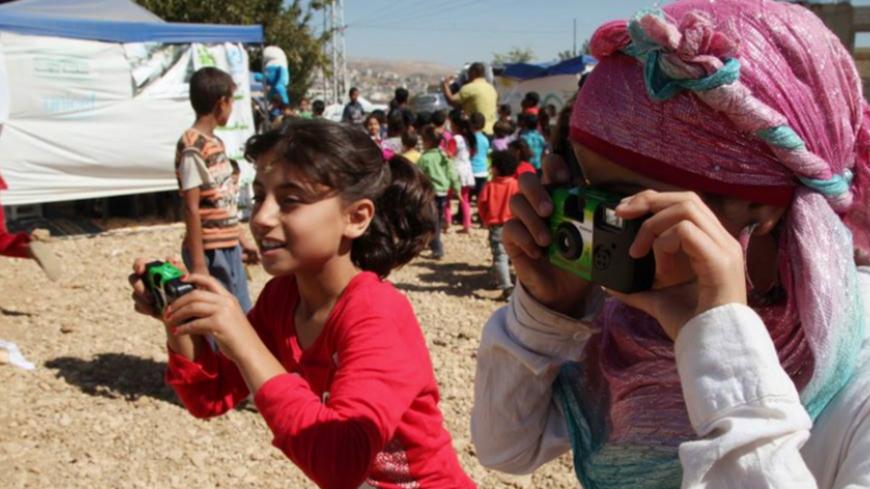 Syria’s refugee children will get a unique chance this weekend to show Washington’s political elite what the world looks like through their own eyes.

The UN children’s agency and a Lebanese nongovernmental organization are putting on an exhibit of photos taken by some 500 children between the ages of 7 and 12 in more than 200 informal settlements throughout Lebanon. For this project, called "Lahza 2" — Arabic for “moment” or “glimpse,” the shots were taken in 2013 and 2014 by disposable cameras made available by UNICEF and ZAKIRA ("memory" in Arabic) in an effort to empower the children and help them overcome the trauma of war.

“The photograph is a truth … so how much more truthful through the eyes of children?” photojournalist and ZAKIRA founder Ramzi Haidar asks in the foreword to a new book of the images.

The exhibit, called Through Their Eyes: Moments Photographed by Syrian Children, premieres Nov. 5 at the White Room DC on 9th Street. It will be open to the public the afternoons of Nov. 7 and 8 as part of this year’s FotoWeekDC.

More than 12 million Syrians were in need of humanitarian assistance as of December 2014, according to UNICEF, including more than 5.6 million children. Almost 2 million of these children have been forced to flee their homes, with many ending up in Lebanon, which has taken in more than 1.1 million Syrian refugees — leaving it with the largest refugee population per capita in the world.

The exhibit is ZAKIRA’s second such project. The first "Lahza," initiated in 2007, documented the lives of Palestinian refugees in Lebanese camps.

Advocates for the Syrian children hope the new batch of images will open the hearts — and wallets — of Washingtonians. US Fund for UNICEF Vice President of Humanitarian Emergencies Lisa Szarkowski is expected to deliver remarks at the Nov. 5 premiere, which comes as UNICEF is raising funds for the educational and winter needs of Syrian children in Lebanon and beyond.

In 2015, UNICEF sought $279 million to help address the needs of Syria’s children, including $92 million for education. The agency had also partnered with a coalition to launch the No Lost Generation initiative in October 2013.

The program aims to provide access to education for more than 500,000 displaced Syrian children, with funding for more than 300 teachers. Al-Monitor this week announced its intention to provide significant financial support and raise awareness for UNICEF’s efforts.

“The No Lost Generation campaign offers Syria’s children hope for a better future by embracing and acting upon their potential,” said Al-Monitor founder and chairman Jamal Daniel. “Al-Monitor is proud to support this essential initiative, which provides equitable access to education, which so many of these children so greatly need.”