Al-Monitor is partnering with international agencies and donors to help provide educations to displaced Syrian children. 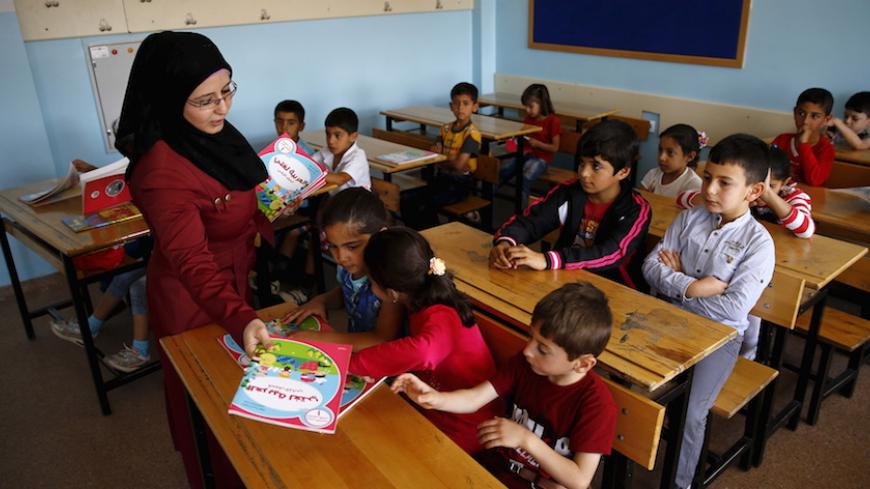 WASHINGTON — Al-Monitor, an independent US media company and news organization dedicated to in-depth coverage and analysis of the Middle East, has announced that it will provide major support to a UNICEF-Education Above All Foundation partnership project, No Lost Generation, aimed at getting children affected by the war in Syria back into classrooms.

Al-Monitor's significant financial contribution to No Lost Generation — an initiative backed by UN and other international agencies, donors, governments and nongovernmental organizations — will also help raise awareness of UNICEF’s efforts to provide access to education and support for children affected by ongoing conflict.

“Nearly half of the 16.2 million people requiring humanitarian assistance as a result of the war in Syria are children, and close to 2 million children have been displaced as their families have fled to neighboring countries,” said Mary Kate Chaath, director, Mid-Atlantic Region, U.S. Fund for UNICEF. “Every day conflict continues and children remain out of school, we risk losing a generation of future leaders and change-makers. Al-Monitor’s support will play an important role in ensuring that Syria’s most vulnerable will have access to teachers, education materials and safe, clean learning spaces.”

Jamal Daniel, founder and chairman of Al-Monitor, said, “The No Lost Generation campaign offers Syria’s children hope for a better future by embracing and acting upon their potential. Al-Monitor is proud to support this essential initiative, which provides equitable access to education, which so many of these children so greatly need.”

In response to the Syrian crisis, the UNICEF-Education Above All Foundation partnership will work to return Syrian children to classrooms in order to provide them physical safety, psychosocial support and a sense of continuity in addition to other vital services. The two-year program seeks to provide equitable access to education for 586,600 vulnerable and displaced out-of-school children, with funding for more than 300 teachers. Al-Monitor is pleased to be able to support the partnership to help address the hard realities facing Syrian children today.

Al-Monitor through its Syria Pulse has provided the most comprehensive and incisive on-the-ground coverage of the situation in Syria since the outbreak of conflict in 2011. Its reporting from Iran to Morocco and from Yemen to Turkey is the most complete coverage of the Middle East available. Its contributors include many of the best-known and highly respected journalists from the countries in the region.

Complementing its exclusive political coverage, Al-Monitor also provides in-depth social and culture context through stories focusing on life in the Middle East as seen, experienced and understood by the people who live there.

Al-Monitor is a recipient of the International Press Institute’s Free Media Pioneer award.