The recent Ankara bombing is being blamed on a suicide bomber unit of the Islamic State, known as Dokumacilar, recruited from Turkey’s southeastern province of Adiyaman. 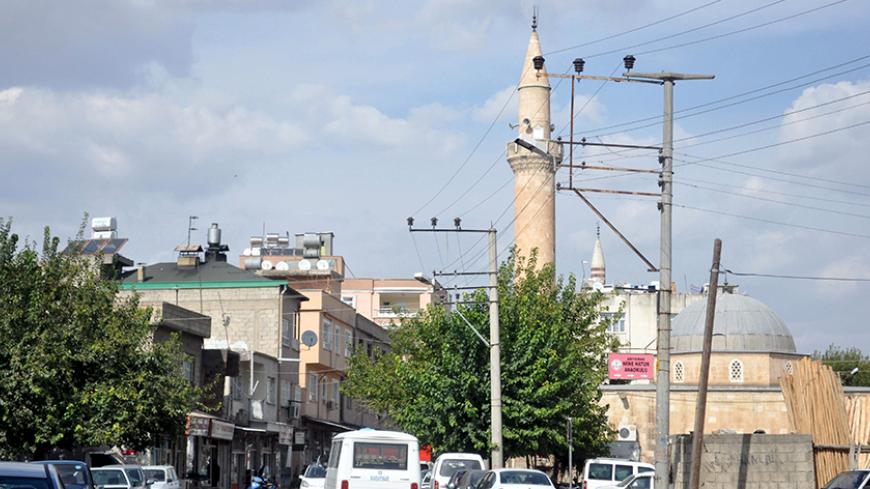 The suicide bombers behind the worst attacks in recent months have two things in common: They are all from the southeastern Turkey province of Adiyaman, and they are members of the Dokumacilar Unit of IS. Dokumaci is the last name of their recruiter, Mustafa Dokumaci. In Turkish, Dokumaci means “weaver.”

There were reports earlier about the existence of a group called the Adiyamanists, but in the last attack, in Ankara, they were firmly identified as Dokumacilar.

One mother from Adiyaman, whose son joined IS and disappeared, blamed Dokumacilar member Seyh Abdurrahman Alagoz, perpetrator of the Suruc bombing in July. Authorities say his older brother, Yunus Emre Alagoz, also is affiliated with IS; he was photographed in Ankara before he allegedly set off one of the bombs there Oct. 10.

“Abdurrahman took my son away. I asked him where my son was. He said he was hurting too because his brother had joined [IS] also. [Another young man] and Seyh Abdurrahman seduced my son. My son, who was classmates with Seyh Abdurrahman, in turn deceived one of our relatives to join them. I told Seyh he was responsible for the fate of my son.”

She testified to a team from the Republican People’s Party (CHP) that was preparing a report on IS activities in Adiyaman. She didn’t want her name to be used.

Another source that testified to the same CHP team was related to Orhan Gonder, who was arrested and charged with setting off a bomb in June at the Pro-Kurdish Peoples’ Democratic Party (HDP) rally in Diyarbakir.

“When our son disappeared, we searched all over. For eight months we went to the border, gave his photograph to the governor. We advertised in newspapers as a missing person 10 times. We spoke with the prime minister at the AKP [Justice and Development Party] provincial assembly. The prime minister said to us, ‘I instructed the MIT [National Intelligence Organization] about your son.’ I spoke with the middle man who took my son away. He promised us he would be back in 18 days. I went to the Akcakale police and gave them his photos. I went to the border crossing and pleaded with the police chief. He took me to [a crossing] where other families were waiting. I knew my son was at Tell Abyad. I stayed at Akcakale six days. I never saw my son,” the source was quoted as saying in the CHP report.

It is estimated that Dokumaci so far has enlisted about 400 people from Adiyaman. About 60 of them are thought to be trained as suicide bombers.

Intelligence services have identified 21 of them and released photographs of 19. Some are still believed to be in Turkey. The first stop for those who join IS from Turkey is often Raqqa, Syria, where Dokumaci lives. They are trained as suicide bombers before returning to Turkey. They are chosen for the task because they know the country and can move about easily.

Hikmet Durgun of Russian Sputnik Media Group, who has reported extensively on IS, had warned of a possible suicide attack in Turkey before the Ankara bombing. Durgun told Al-Monitor that although the bombers are from Adiyaman, they usually aren't sent back there unless it is necessary. “They go to Ankara, Istanbul and Gaziantep," he said.

"The relatives of those who joined [IS] have been complaining bitterly about [Dokumaci]. The two bombers in the Ankara attack were also recruited by Dokumaci."

Turks who join IS usually cross over to Syria from Gaziantep. “All those who join [IS] first go to Raqqa. Before, they used to go to Tell Abyad. But when that town fell into YPG [People's Protection Units] hands, they stopped going there. Now they are settled in areas closer to the border. The idea is to use them to mobilize and organize Turkmens who live in that area. There used to be plenty of Turkmens at Tell Abyad. When YPG captured the town, [IS] militants fled to Raqqa,” he added.

Abdurrahman Tutdere, a lawyer and member of the CHP team that wrote the report, said IS formed a recruitment system in Adiyaman.

Tutdere said the number of those joining from Adiyaman could have been exaggerated. He noted that after the report was published, CHP didn’t receive any new reports of enlistment in IS.

Osman Suzen, the local head of the Human Rights Association, emphasized that the Dokumacilar Unit was exposed by the efforts of families of missing children. Suzen, speaking to Al-Monitor, said the Adiyaman name gained recognition as the birthplace of the suicide bombers.

“There is a misperception. There are people who enlist from Hatay, Gaziantep, Diyarbakir, Bingol and Konya. But everyone talks of Adiyaman because the bombing cell was made up of Adiyaman natives. How do you know how many joined from Diyarbakir?" he said.

"There are 16 people known as the Dokumacilar Unit. Who knows about 400 recruits? Where are they? Dokumacilar wasn’t known before as a unit, but Mustafa Dokumaci was already identified thanks to efforts of the families searching for their sons. They helped unravel the recruitment scheme. Mind you, their identification did not stop them from coming and going. They come, stay a little and leave. Everyone in Adiyaman knows this."

Suzen noted that another key IS recruiter, Kasap Haci, was arrested.