Bombers from two separate incidents have hailed from Adiyaman province. 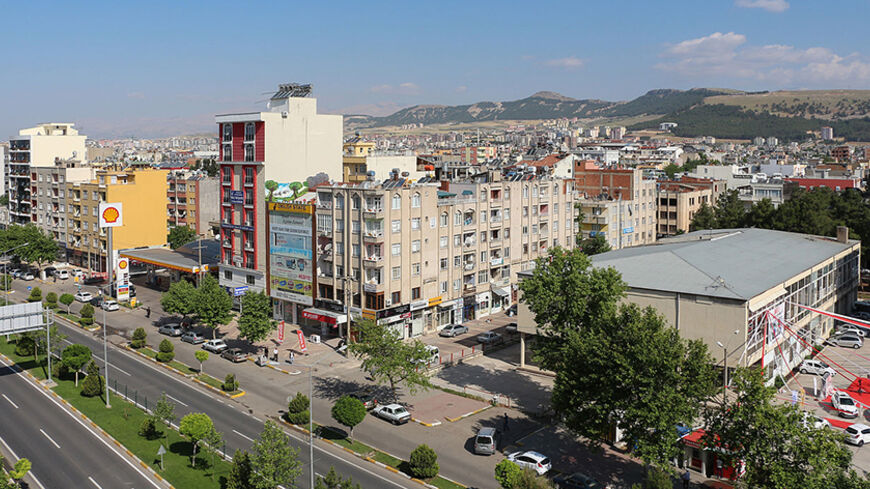 Ataturk Boulevard stretches through the city of Adiyaman, the capital of Turkey's Adiyaman province, May 23, 2014. The province is reportedly home to a number of Turkish Islamic State recruits. - Wikimedia Commons/Bernard Gagnon

All that was left at the site of the suicide bombing July 20 in Suruc, Turkey, were some personal belongings, partial human remains and one national identification card in the name of university student Seyh Abdurrahman Alagoz of Adiyaman.

Using DNA, authorities have identified Alagoz as the perpetrator of the attack that killed more than 30 people and injured about 100.

Alagoz had been abroad for the last six months, according to his family. He had last seen his family before the month of Ramadan. Officials said he and his older brother Yunus Emre are affiliated with the Islamic State terrorist group. Yunus Emre, who disappeared after declaring he was going to attend college in 2013, returned in 2014. He opened a "tea house" in Adiyaman and began religious activities.

He then disappeared again. His name is now on a list with 23 other people whom police have identified as “terror-related missing persons.”

Abdurrahman Alagoz is the second person from Adiyaman whom police have identified as IS suicide bombers in the past 45 days. Orhan Gonder, who is suspected of carrying out an attack at the pro-Kurdish Peoples’ Democratic Party (HDP) political rally in Diyarbakir in June, is also from Adiyaman.

Adiyaman, which is in southeastern Turkey, is a strongly conservative city. Since a 1980 military coup, right-wing conservative parties have dominated its elections. Since 2002, the Justice and Development Party (AKP) has been the top winner. Although a Kurdish deputy was elected in 2015, the AKP is still dominant.

Authorities have concluded — based on events in this region and in Syria — that Adiyaman, like Bingol in eastern Turkey, sympathizes with IS. Why Adiyaman?

According to writer-historian Sahidin Simsek, the city has been used as a laboratory. He told Al-Monitor that the Kurdish identity, manipulated by the state, plays a major part in today’s political makeup of the area. He said, “The state formulated a Sunni Kurd identity that hates Kurdism and equates Kurdism with Alevism. Those people are working hard to keep themselves distant from Kurds. But, when the right wing couldn’t entice the masses, the state mobilized several congregations that coordinate closely with the state. You have people who detest Kurdism but adhere to Islamism [political Islam]. For them the next step is [the Islamic State]."

Osman Suzen, chief of the Adiyaman branch of Turkey's Human Rights Association, thinks differently. Suzen told Al-Monitor that these religious organizations find adherents through their continuing activities, with economic hardships in the region and the state’s turning a blind eye also being factors. Suzen said, “Religious congregations have been exceptionally active for [the] past seven to eight years. The environment is conducive to their objectives. It is a city of menial laborers, of poor people. It is not that hard to find supporters from that level of poverty.

"The state tolerates it. If people know how these organizations operate, how they meet and how they recruit, doesn’t the state know it? Families have complained that their children are joining these organizations. Some children have come back. We know they are back but nobody investigated where they have been. Sure, the conservative makeup of the city plays a part, but I think families, because of their economic needs, keep quiet and don’t report. They get money from these organizations.”

Suzen estimates there are 300 people from Adiyaman with IS today. He added that the Kurdish People's Protection Units (YPG) have IS prisoners who came from Adiyaman.

Bingol has similar characteristics to those of Adiyaman. For Mehmet Kurt, a Bingol University academic who is studying Islamist radicalization in southeast Turkey for his post-doctoral studies at Queen Mary University of London, the source of the problem is the absence of institutionalized religious structures in both cities. Kurt told Al-Monitor, “Fewer people are involved in places where there are institutional structures like [schools]. We see more of it in places like Bingol with shorter histories, whose sociological structure developed only after 1915.

"There are sharp confrontations between generations in these rapidly changing cities. There are deep cleavages in values, religiosity, faith, ethnicity and identity. Some turn to consuming more narcotics, some take refuge in organizations such as IS. In both provinces, the mainstream Kurdish political movement is not strong, but it is getting there.”

Kurt noted that this year marks the first time a Kurdish deputy has been elected from Adiyaman. He wonders how people perceive their Kurdish identity. He added, “People don’t oppose state policies because of their Kurdish identity but because of their religious convictions. Parents are forever busy with their children’s behavior and how they dress. Religious opinions are diverse but not all that intellectual and civilized. Children eventually react to their parents and don’t approve their religiosity. As the state’s red line is the PKK, anything that opposes the PKK is tolerated by the state.”