A fast-growing civic movement has mobilized tens of thousands of volunteers to detect vote-rigging in Turkey’s critical parliamentary elections on Nov. 1. 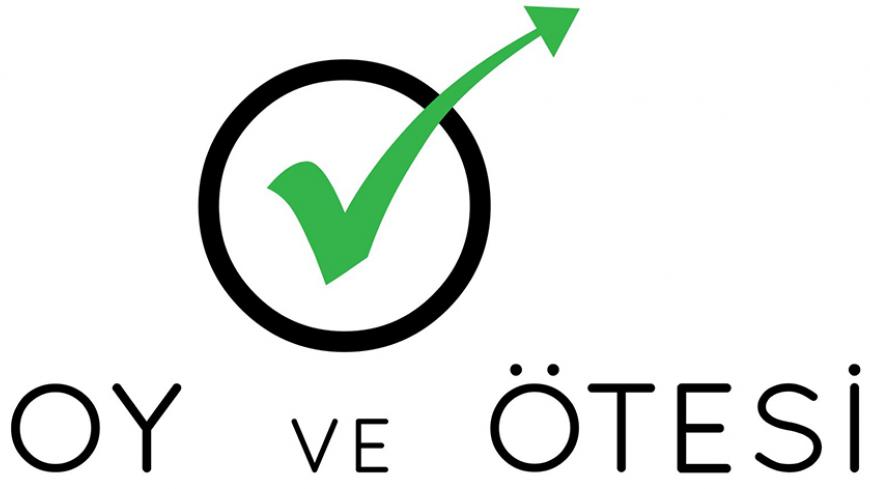 Vote and Beyond, or Oy Ve Otesi, has been working to detect vote-rigging in Turkey, June 2013. - TWITTER/Oy Ve Otesi

With only days to go before Turkey’s Nov. 1 general elections, concerns of vote-rigging are again rife. Leading the effort to prevent fraud is a remarkable civic movement, Vote and Beyond, which has grown steadily in a short amount of time. The volunteers, who started out as a group of eight people in December 2013, became an association in April 2014. They have since become organized in half of Turkey’s 81 provinces, readying to watch the ballot boxes Nov. 1. The number of volunteers was expected to reach about 100,000 by election day.

Promoting the power of collective action, group members are reluctant to go under the spotlight individually and give interviews. The movement trains volunteers in the provinces and has developed its own software to cross-check the vote counts.

In an email interview with Al-Monitor on Oct. 21, Vote and Beyond representatives said, “The number of volunteers has exceeded 46,000. We are now present in 43 provinces across Turkey. We are preparing hard for this election as well. An average of 1,000 people are volunteering daily. In the last 10 days [before the election], we expect the number to reach 3,000 per day.”

In the words of one columnist, Vote and Beyond is “the best thing we have seen since Gezi” — a reference to the mass anti-government protests that erupted at Istanbul’s Gezi Park and quickly spread nationwide in the summer of 2013. For the pro-government media, however, the movement is a Western-backed ploy aimed at discrediting the elections.

Despite its detractors, Vote and Beyond has grown fast with the support of the opposition segments of society. Thousands of people from all walks of life — doctors, lawyers, engineers, workers, students, retirees and the jobless — have joined the movement to be part of the civic oversight of the polls. Prominent writers, actors and TV celebrities have also lent a hand, starring in video clips that call on citizens to join the effort to ensure a transparent and fair election.

On its website, Vote and Beyond offers the following explanation on what the “beyond” part of its mission entails: “Beyond protecting our votes, we have determined three fields for ‘beyond’ work to sustain our mission to contribute to the future and see better days in our country: (1) expanding and improving the network of volunteer observers for the ballot boxes; (2) creating a pressure group to amend hitches in the election system; and (3) strengthening our social network.”

Some 1,000 lawyers from bar associations across the country, including the biggest ones in Ankara and Istanbul, support the movement, working to ensure that the rights of volunteer observers are not violated.

In remarks to Al-Monitor, lawyer Meral Ozalp of the Ankara Bar Association explained, “Our work is not limited to protecting the rights of the volunteers. If a dispute emerges at a given ballot box on whether a vote should be counted or invalidated, we help in writing the official report. Also, people competent in law are needed for technical procedures like filing objections to election results at the Higher Electoral Board (YSK) or local electoral boards. In such cases, we provide support in drawing up the necessary documents. Helping an independent group to prevent vote theft is a truly worthwhile job.”

Opposition parties have also devoted a considerable effort to prevent fraud during the vote counting. Party representatives are instructed not to let the ballot boxes out of their sight until all votes are counted and all official reports drawn up. Each party has assigned tens of thousands of overseers for Nov. 1, a critical election expected to put an end to the 13-year, one-party rule of the Justice and Development Party (AKP) and lay the ground for a coalition government.

The main opposition Republican People’s Party (CHP) has put in place its own online monitoring system through which citizens can contact the party’s data processing center to convey complaints and personally follow the count at a given polling station.

The Nationalist Movement Party (MHP) has also created a computerized system to monitor the counting on election evening and make the figures available to party grassroots.

The pro-Kurdish Peoples’ Democratic Party (HDP) will also use an online system to watch the security of ballot boxes. As part of the system, used for the first time in the June 7 polls, the party’s local representatives and observers will use smartphones to take pictures of the official counting reports and transfer them to the party headquarters.

While the opposition fears vote-rigging on the part of the AKP, the AKP itself is wary of fraud in the predominantly Kurdish southeast, the HDP’s stronghold and the theater of a bloody conflict between government forces and Kurdish militants since late July. Citing security concerns, the government has sought to relocate voting stations in a number of constituencies. The YSK has issued a ruling prohibiting such moves, but local electoral boards have recently made decisions enabling the “merging” of ballot boxes. The YSK is now expected to make a new ruling on this issue as well.

In remarks to Al-Monitor, former Justice Minister Hikmet Sami Turk echoed the opinion of many jurists that relocating or merging ballot boxes is a grave violation that could lead to the cancellation of the election with a petition of complaint by a single citizen.

In an article for the Cumhuriyet daily, academic Mahir Ulusoy argued that the parties’ failure to assign at least three observers to each ballot box was the main reason for lingering vote security problems. With 174,253 ballot boxes across Turkey, this seems to be a mammoth task. Ulusoy, however, believes otherwise. “A party bureau that discovers a discrepancy between its figures and those of the YSK should cooperate with other parties and go to the higher courts if necessary,” he wrote. “The smallest of the political parties receives [election] support of 77 million Turkish lira [$26.5 million] from the state budget. No one will object if they spend a portion of this money to pay party observers instead of flying balloons in the streets.”