Regime forces were able to retake large swathes of Aleppo’s southern countryside from the opposition, whose weaponry is insufficient in the face of Iranian and Russian ground and air support. 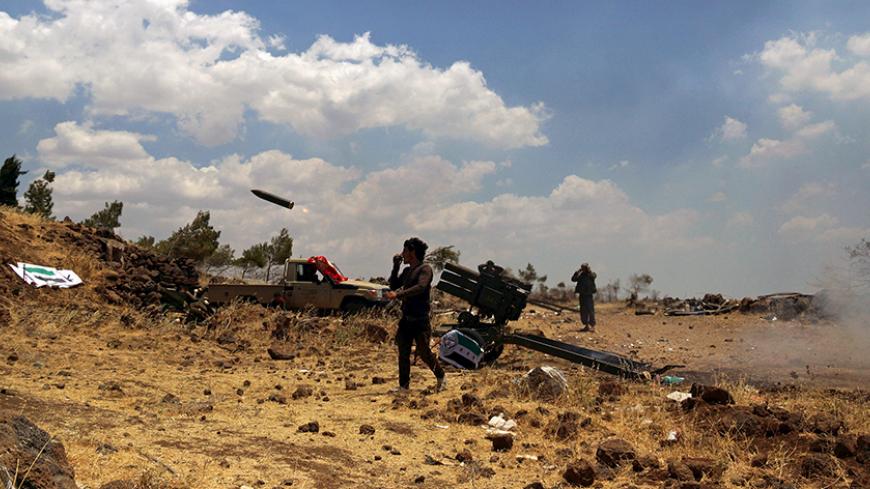 On Oct. 13, Iranian officials had announced that Iranian troops numbering in the thousands had arrived in Syria to prepare, along with Lebanese Hezbollah forces, for the offensive outside Aleppo. While Iran backed regime forces on the ground, Russia handled air support, having launched military operations Sept. 30. The government forces would not have been able to make progress in the countryside without the Iranian and Russia efforts. The opposition forces had long maintained their grip on the largest part of the region by deterring regime attacks, the last of which occurred in June 2014 on towns close to Jabal Azan.

Saudi Arabia, Qatar and the United States have not provided the opposition forces they support with new or qualitatively better arms since the Russian intervention, despite reports in the media that Saudi Arabia was supplying the Free Syrian Army (FSA) with more lethal arms, including surface-to-air missiles, in response to Russia's involvement. “I did not see or receive any new weapons,” Col. Ahmad Othman, commander-in-chief of the Sultan Murad Brigade, an FSA affiliate, told Al-Monitor. “We received more supplies, but they are all ordinary weapons like we received months ago. We have TOW missiles that played a vital role in the battles against the regime.”

FSA brigades — which include the Thuwar al-Sham Battalions, the 13th Division, the 101st Division, Suqour al-Jabal and others — destroyed dozens of tanks and armored vehicles during the regime attack on Aleppo’s southern countryside. Othman shared videos showing that the Sultan Murad Brigade alone had destroyed eight tanks and nine other vehicles during Oct. 16-23.

Despite these losses in equipment, the regime forces gradually advanced with allied support. Since the launch of the attack, the regime regained 15 towns, among them Abtin, Blas, Kfar Abid, al-Sabiqiya and al-Wedihi, some 80 square kilometers (31 square miles), between Oct. 16 and Oct. 26.

It does not seem that the extra supplies of anti-tank missiles the opposition fighters received are alone capable of restoring the military balance that shifted with the Aleppo attacks. “We retreated from our positions due to the firing intensity that the regime benefitted from, thanks to the Iranian and Russian support,” said Othman. “The battles have definitely gotten more challenging following Russia’s air force intervention and the unlimited Iranian support. Therefore, we need more developed weapons, especially anti-aircraft missiles.”

The desert and mountainous terrain of the Aleppan southern countryside has aided the regime forces. The battles there require heavy weapons, rather than individual armaments. The regime forces are therefore able to hold their ground on hills and in highlands due to their superior fire power. As a result, they can control wide areas and track opposition movements. All this makes it easier for the regime to advance in the area, compared to in other regions.

The opposition groups in Aleppo are also weaker than the other groups in the country because of the war of attrition there against the Islamic State (IS). That part of the war caused the opposition to lose wide swathes of Aleppo’s northern countryside to IS on Oct. 9, starting at Tall Qarah, Fafin, Kulliyat al-Mushat and Tall Suwsein.

Aleppo’s southern countryside is of strategic importance to the regime. It contains the supply line between the areas under its control in Aleppo — among them the western neighborhoods, the Nairab military airport and the downtown area — and the other regions it dominates. Its military operations are aimed at expanding its supply route to protect it from attacks that might block it.

The regime has focused on Aleppo’s southern countryside because it is an easy front on which to outduel the opposition. It made remarkable progress that will allow it to ensure its supply line to Aleppo. Without new weapons to restore the military balance altered by the regime's Russian and Iranian allies, the opposition forces retreated.