The Russian entry into the war in Syria may herald a new era of cooperation with countries such as Iran, as Moscow seeks to strengthen its international role. 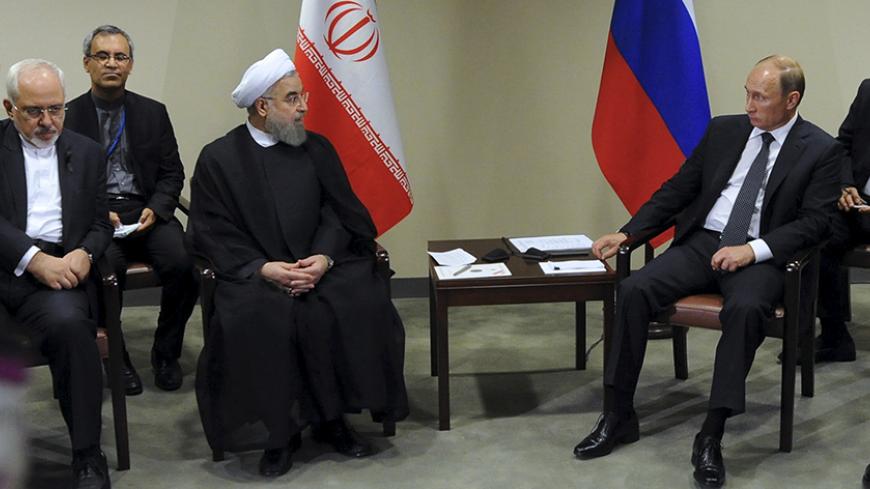 “It wasn’t an easy decision,” an Iranian official source said when asked about Russia’s intervention in Syria. “The Russians were certain that if they did not move now, the next war they would fight would be inside their borders; this is about Russia’s national security before being about Syria. Therefore, a decision to start this pre-emptive war was taken by the Kremlin.”

For decades, Syria has been one of Russia’s main allies in the Middle East. The collapse of the Soviet Union didn’t change anything in this regard. Moscow continued to support Damascus with whatever necessary to keep the old empire’s last balcony on the warm waters of the Mediterranean Sea.

In 2011, amid the eruption of the revolution in Syria, the Russians started feeling the heat. It was almost obvious to them that the fall of the regime in Damascus would lead to serious changes in Russia’s status in the Middle East; thus this wasn’t an option to even think about, and everything possible should be done to maintain the regime and keep it breathing, should this be using the veto in the UN Security Council, sending arms and ammunitions, or as we are witnessing today, intervening militarily and fighting to keep the status quo. Russia is not the only ally of the Syrian government; Iran also has been supporting President Bashar al-Assad.

Russia and Iran have not previously been allies. They share common interests, common allies and common rivals; however, this doesn’t necessarily mean they act as allies. In Syria, their common interest has been — and still is — keeping their common ally, the regime, alive. Even within the Syrian regime, there are different views among the ranks on how to deal with both countries; there are officials who are seen as “Iranians” and others as “Russians.” This is prompted by fears among one wing that the Islamic Republic’s agenda in Syria involves Islamization of society, while the other wing that prefers the Iranians sees them as very reliable since they were the first to roll their sleeves up in the fight for the regime’s existence. Yet, this is only a matter of preferences, and nothing more.

“Russia and Iran are working closely on unifying efforts to combat terrorism in Syria,” said an Iranian military source in an interview with Al-Monitor, “yet each side will still work their own way to achieve goals. The cooperation will mainly involve intelligence, where we are going to provide them with details whenever available. The Syrian army and its allies are going to make use of the Russian airstrikes in some areas to advance. Many goals were set in advance.”

The Iranian military source said, “For almost four years, the Syrian army has been fighting with help of friends, mainly Hezbollah. This army did all what it could and succeeded — the Syrian government is functioning. The financiers of terrorism didn’t give up. They’re still supporting their gangs with money and arms. The Syrian army for sure needs the help of all its friends; Russia upgraded its support and is now launching airstrikes, and this is one level of support.”

On Sept. 26, Hezbollah chief Hassan Nasrallah welcomed the Russian role in Syria in an interview with Al-Manar TV. He said, “We welcome any power that contributes in eliminating the threats on Syria and the region, and Russia is playing a positive role that will have a positive outcome, God willing.” According to Al-Manar’s website, Nasrallah added, "All Iran wants is that Syria stay in the resistance axis. However, it does not interfere in the internal affairs of the country."

Keeping Syria in the resistance axis has long been the strategic pretext for Iran and Hezbollah's involvement in the Syrian war. Now there is a country that is not part of the axis — but still a friend — that has decided to take part in the war, and it’s not clear whether other friendly countries might decide to get involved, too — including China. Here a dilemma presents itself. Iran and Hezbollah are always suspicious of Israel, and also wary of any power that enjoys positive relations with Israel. This prevents Iran and Hezbollah from playing open cards with Russia, even when they are fighting for the same goal.

Hezbollah’s posts and strategic weaponry have been hit on several occasions by Israeli warplanes. “This isn’t an issue to play with,” said a Lebanese political source. “Hezbollah specifically will keep its plans, movements and positions in the dark; from now on, they are going to be neighbors with the Russians and others. Good walls make good neighbors.”

The Russian intervention is important, needed and vital — this is what Syria, Iran and Hezbollah agree on. “It won’t be determinant, this is what a long list of aerial campaigns reveals,” said the Lebanese political source, referring to “the US experience in Syria, the Israeli wars in the last 10 years in Lebanon and Gaza and the Saudi war on Ansar Allah [Houthis] in Yemen. These are all good examples of how it is possible to achieve some goals from the sky, but not to win a war.”

The source added, “The Russians are here to win the war, this is what everyone knows. Russia’s war isn’t only in Syria; it’s a war for a serious international role. If they succeed here, then they are going to have decision-making power in Syria and other issues in the Middle East. And this means that their influence will be stronger than any change in the country’s leadership.”