While Iran and Russia certainly have points of divergence in Syria, their bottom lines will likely continue to intersect, compelling Moscow to manage tension between Iran and Israel. 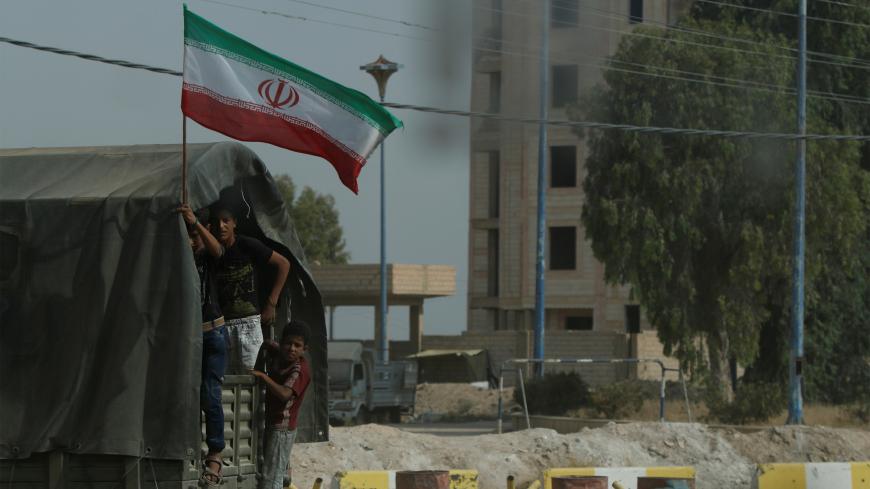 Another layer in the battle for Syria has been evident for years yet has only now come to the world’s attention. To Iran and Israel, this battle lies at the core of all that has been taking place in Syria since March 2011, when the uprising to topple President Bashar al-Assad began. To the Iranians, Assad has mainly meant a reliable ally in any future confrontation with Israel, whether between the Islamic Republic’s closest partner — Lebanon’s Hezbollah — or a wider confrontation that could involve Iran itself. This is why Tehran anticipated a grave danger when Assad’s position was threatened and thus promptly stepped in to make sure that he stays in power. This may also explain why Iran has never tolerated any consideration of an alternative to Assad, as the Iranian leadership is convinced that he is the only one in Syria who has the courage to give the Islamic Republic a frontier position against Israel.

But Iran is not Assad’s only ally. Russia is also a staunch partner of the Syrian regime. Preserving Assad’s position has been a matter of consensus between Tehran and Moscow over the past years. Moreover, to this day, it is the only thing that Russia signed up for in its cooperation with Iran. As such, Tehran’s maneuvering to position itself against Israel in Syria is not anything that Russia is ready to provide cover for or sacrifice its relations with Israel for. At this point in time, Russia is keen not to shake up its status in Syria after having ended up as a strong player there, whether in a war or indeed any sort of confrontation between Iran and Israel that could change the status quo. Meanwhile, in Tehran, there’s still vagueness about what Moscow is really seeking in Syria, displayed in the variety of voices on what to think of Russia’s policies.

While the official Iranian stance tends to present the situation as if nothing new is happening, field sources in Syria reflect something different: that the framework of the Syrian war is changing. Tehran University professor Emad Abshenas explained to Al-Monitor that Iran sees its relationship with Russia as an alliance and that, in his view, the same applies to Russia’s view of Iran. “The confrontation with the US in the Middle East keeps the coordination between Russia and Iran at its highest levels, Abshenas said, adding that Russia and Iran’s interests in Syria and the region have not yet changed in a manner to end their cooperation. “To Russia, Israel is a friend, while Iran is an ally … and Russia coordinates its relations with both sides on this basis.”

In this vein, Abshenas suggested that Moscow fears that any confrontation between Iran and Israel could attract other players to Syria. He said, “They are trying to diffuse tensions between a friend and an ally, but … Israeli media has been trying to portray the situation as Iranian-Russian tension. This is not true, especially after US President Donald Trump’s withdrawal from the nuclear deal. Iran is closer to Russia and China than before.”

On June 4, tension on the ground reached an unprecedented level when a Russian force deployed near Hezbollah positions in Qusayr on the Syrian-Lebanese border. According to a source from the Iranian-led alliance in Syria who spoke to Al-Monitor on condition of anonymity, the move reflected an attempt by the Russians to test the waters of Iran and Hezbollah in a very sensitive area. “They had plans to build a base near the area, and during a meeting a couple of days after the incident, our officials told the Russian commanders clearly that we won’t tolerate such moves in the future. They denied that they were there for a base and stressed that any future moves are going to be coordinated,” the source stated.

“Russia changed from a strategic ally to another regional player," said Iranian journalist Siavash Fallahpour in an interview with Al-Monitor. He added, “Iran and Russia coordinate on high levels when it’s about the pro-Western armed militants who oppose the regime in Syria, but when it comes to Israel, the situation is different. Russia is committed to Israel’s national security, though in Iran, those who believe in this relation [with Russia] still bet on it; they say that after all there’s a big difference between the Russian approach toward the Islamic Republic’s role [in the region] and the Western approach. Russia preserves its interests, and this understandable, while the West doesn’t reflect [anything] but enmity.”

What precisely, then, are Russia’s interests when it comes to Iran’s presence on the southern borders of Syria, on the frontier with Israel, and how is this clash of interests between Moscow and Tehran going to be managed? These questions may need to be answered by both sides, especially after reports indicating that the Russian position on Iran’s presence in southern Syria does not greatly differ from that of Israel. As for Iran, it seems that the tide is high enough to be challenged. In this vein, Secretary of Iran’s Supreme National Security Council Ali Shamkhani indicated in an interview June 2 that Iran “strongly supports Russian efforts to drive terrorists out of the Syria-Jordan border and bring the area under the Syrian army’s control,” stressing that Iran isn’t in the area. “We have said before that Iranian military advisers are not present in southern Syria and have not participated in recent operations [there],” he said.

The tide could be high in the south, but this is not the case for the rest of Syria — at least this is what Hezbollah Chief Hasan Nasrallah promised June 8 when he said that the “entire world” cannot force Hezbollah out of Syria. “Israel was betting on President Assad's ouster and it saw its interest in the militants, but today the Zionists have changed their objective in Syria and are saying that the battle's objective in Syria has become to expel Iran and Hezbollah,” Nasrallah added. Addressing Israel, he said, “You Zionists have to admit that you have been defeated in Syria and that you have failed to topple the pillar of the resistance.”

On this, Abshenas suggested that Iran won’t withdraw from Syria unless it is guaranteed that its allies will be in full control. He stressed that the Syrian-Iranian alliance is at its peak, saying, “Even if it will affect relations with Russia, the axis that brings together Syria, Iran and Hezbollah will continue, because this is part of Iran’s national security, and Iran can’t tolerate any harm to this bond because whenever it’s loosened it’ll be easier to hit each side alone.”